10 lessons for Disney, Apple and all the new streaming companies, Recode 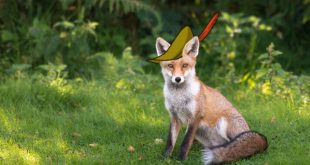 
Thestreaming wars– the battle among giant companies that want your eyeballs and credit cards for their subscription services – are officially underway.

Earlier this month, Apple launched its Apple TV service. Today, Disney launches Disney . In April, former CEO of DreamWorks Jeffrey Katzenberg and former CEO of eBay Meg Whitman will release Quibi, with the revamped HBO Max coming from AT&T a month later and NBCUniversal’s Peacock launching later that quarter. They join Amazon’s Prime Video, Netflix, Hulu (which Disney took control of earlier this year), CBS’s All Access, and Viacom’s PlutoTV, among others. Who else will join? In January 2015, Overstock.comannounced plansto launch a streaming service later that year. Still waiting for that one.

And since we are giving out free advice, here are 10 tips for the current and future contenders:

1..Spend today on the content library that will make financial sense five years from now. If you don’t spend on tomorrow’s subscribers, you won’t even keep today’s. Which means only those who burn a lot of cash will have a shot at recouping it.

2.The only arbiters of the quality of your content and service is the audience. You don’t keep subscribers by delighting the Academy of Television Arts & Sciences or the 90 members of the Hollywood Foreign Press Association or having the highest average Rotten Tomatoes score. These bodies might help build awareness for your shows, but ultimately, the audience needs to watch them and want more.

3.Rather than focus on Golden Statues, we recommend you keep the following principles in mind:

4.The best way to build your streaming subscription service is to rebrand and cannibalize another business that already has lots of users and, ideally, money. Hulu didn’t need to worry about its content supply because it had last night’s TV. Prime Video didn’t need to worry about revenue or viewers. Crunchyroll was the world’s largest anime piracy site before it decided to charge. Netflix had millions of paying DVD subscribers using its streaming service before it asked for an additional dollar.

5.What’s more, Netflix was able to build its business because it cannibalized the businesses of its suppliers, though it took those suppliers years to realize this.

If you actually want to make money, subscription streaming shouldn’t even be your real business. Instead, give it away as a free or low-cost perk that’s part of a much higher-margin and less-competitive business, such as wireless service, smartphones, e-commerce subscriptions, or theme park passes. Better still, use your service to make money by selling other people’s unprofitable video services.

Ultimately, focus is likely to make you more successful in streaming but poorer overall.

6.The people who told you that magic data helps you make better shows were lying. As a media mogul, you already look at data closely. You know your Nielsen numbers, your box office grosses, your focus group results. And you know how much audiences like a movie or TV show from a pair of Academy Award winners. Your streaming data will make it easier for you to see which shows didn’t work, but you will know that anyway.

This doesn’t mean you shouldn’t tell Wall Street you’re using a ton of data. But if you do, you’ll also need to downplay its importance to talent. Remember, your service will not be successful if the creative community isn’t happy. And they barely need your notes, let alone your numbers.

But what about Netflix? The streaming pioneered boasts that data led them to greenlightHouse of Cards, a series that went on to considerable acclaim from fans and award groups alike. Well, you don’t need data to bet that an adaptation of a series the British Film Institute called one of the hundred best British series of all time that stars two-time Academy Award winner Kevin Spacey and is directed by David Fincher could work. Which is why many networks bid on the series. And even Netflix Chief Content Officer Ted Sarandos has begun to change his tune. In 2015, he admitted that data represented only 70 percent of the decision process, with the judgment 30 percent “coming on top.” In 2018, this had inverted to 70 percent gut , 30 percent data. By 2019, it was 80 / 20.

7.Ultimately, you need hits. A single breakout can double your subscriber growth (though again, you’ll need more hits to keep these subscribers), but a bunch of niche “hits” makes only for a niche service.

Unfortunately, these hits are hard to produce and even harder to predict. So when you think you’ve got one, pay whatever it takes to get the rights, reshoot a pilot, or fix the creative.

8 .Subscriber count is more important than average revenue per user (ARPU), even if it means making less money for the foreseeable future. You can eventually charge a subscriber more, but only if they’re on your service and if they like it enough to stay.

Your subscribers will always want something you don’t have and your competitors do. They also do not consider themselves “your subscribers.” All that matters is whether they like your content enough to stay subscribers. Never forget these three things.

To be successful, you have to solve a problem.

This cannot be a problem you created. A few hardcore fans might chase Jim and Pam across the streaming landscape, but most will just watch something other thanThe Office. But if you say, “We are the home for all things Marvel,” they’ll happily choose you over sifting throughTriple FrontierandThe Ridiculous Sixto findThor: Ragnarok. Beware, though, of how they’ll feel when they find out you don’t (yet) have all the Marvel movies.

10.It’s the content, stupid (but also the tech). Thinking great content is all it takes is like saying the seats, audio, reliability, and cleanliness of a movie theater don’t matter. But the best theater with crappy content doesn’t sell a ticket.

Matthew Ball is a venture capitalist and digital media strategist. From 2016 to 2018, he was head of strategy at Amazon Studios. His essays and investments can be found atwww.matthewball.vcand@ ballmatthew.

Alex Kruglov is the CEO of(pop.in, a mobile “Game Night” app where people play fun party games with each other while on live video. Prior topop.in, Alex was an early executive at Hulu where he was head of content acquisition for six years.

Previous The Force is Strong with EA Haters After Canceled Star Wars Early Access, Crypto Coins News
Next Spectacles 3 review: new design and a much higher price – The Verge, The Verge 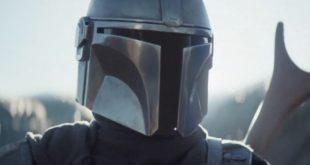