Dubai: A total of 1,272 investors in Dubai were granted Gold Card visas last year, the General Directorate of Residency and Foreigners Affairs in Dubai (GDRFA) announced on Monday.

Along with eligible family members this takes the number to 2,169, while three athletes were also awarded the visa.

The GDRFA also announced that 55 million passengers passed through Dubai’s land, sea and air ports last year, a 3.63 per cent increase from 2018.

Dubai International Airport was the main point of entry and exit for travelers with 50.5 million passengers, and the airport’s 122 smart gates were used by 12.2 million travellers in 2019, an increase of 7.4 per cent from 2018.

Major General Mohammad Ahmad Al Merri, director-general of the GDRFA, said that these figures showed his department was ready for Expo 2020 where even more passenger movements are expected.

“We are ready to provide the best services for all visitors at Expo 2020, as we expect an increase in number of travelers,” he said. “During the first five days of this year, we recorded 200,000 passengers,” he added.

The GDRFA announced that their target was to welcome 50,000 travelers per day through smart gates as the number of smart gates will be increased to 126.

The GDRFA will also be using new innovative ways to facilitate a traveler’s arrival to the country like the ‘smart tunnel’ and the ‘biometric passenger journey’ in cooperation with concerned authorities.

Under the scheme, and thanks to facial recognition technology, a pre-screened passenger no longer needs to show passport or boarding pass from the check-in counter to the aircraft.

“It is a seamless airport journey in Dubai as passengers will no longer need to show their passports or IDs. A traveller can walk through the terminal to the airplane just by showing his or her face,” Major General Obaid Muhair Bin Surour, deputy director-general of GDRFA-Dubai added.

According to the GDRFA, a pilot phase of the latest biometric technology which uses a mix of facial and iris recognition will be launched in March this year.

Test runs allowed passengers to check in for their flight, complete immigration formalities, enter the Emirates lounge and board flights, simply by strolling through the airport.

All biometric information will be stored on the GDRFA system for future travels.

“We are keen to achieve the highest levels of happiness for customers with the services provided, and through a well-considered plan, we provide all necessary security and facilities for a smooth entry and exit of passengers. Our strategy is based on our Rulers’ instructions,” Maj Gen Al Merri added.

What is the UAE Gold Card?

On May 21, the UAE started issuing long-term residence visas enabling foreign investors and talents to live, work and study in the UAE without a sponsor and with 100 per cent ownership of their business. These visas will be issued for five and 10 year durations and are renewable.

Investors: Those investing at least Dh10 million, that isn’t loaned and has been retained for three years qualify. It extends to business partners, who must also contribute Dh10 million, as well as spouse and children, one executive director and one adviser.

Special talents: Includes researchers in the field of science and knowledge such as doctors, specialists, scientists, inventors, as well as creatives in the field of culture and art. The visa extends to the spouse and children. Within this category executive directors with bachelor degrees, five years experience in the UAE and a salary of Dh30,000 are eligible.

Investors: Those who have invested at least Dh5 million in property, this cannot be from a loan and must be retained for three years. 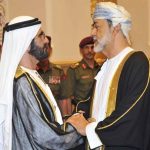