Sixteen people have been found alive in a sealed trailer attached to a lorry on a ferry sailing from Cherbourg in France to Rosslare in Ireland.

Stena Line said in a statement: “All the individuals are reported to be in good health and have been moved to a private passenger lounge on the ship where their wellbeing is the focus of our employees.

“Stena Line has alerted security and immigration officials in Rosslare so as the necessary arrangements can be made for the group on the vessel’s arrival”.

It is understood the discovery was made by a member of the ferry’s staff who heard banging from inside the truck during a routine inspection, RTE reported.

They were discovered shortly before 10 am on Thursday, according to the BBC.

All of the people involved are men aged between 20 and 40 years old, and it is believed they said they had traveled from Belgium up to five days ago.

The nationality of the people is not yet known but they are believed to be Asian, The Journal newspaper reported.

The ship, which left France last night, is the Stena Horizon, the operator confirmed to Sky News.

It was due to dock at Rosslare in County Wexford at 3. 30 pm to be met by police and other emergency services.

It comes just 24 hours after25 stowawayswere found by Dutch police on a ferry heading from the Netherlands to Felixstowe, Kent.

Last month, 39 bodies,all believed to be Vietnamese migrants, were found in a lorry in Essex on 23 October.

Two people have been charged in Britain and eight in Vietnam over the deaths . 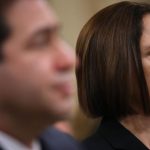