Former Finance Minister P Chidambaram, who has been in CBI custody since August 21 over corruption allegations, used one word and a gesture to deliver his comment on the economy after a plunge in growth to a six-year-low of five per cent.

As he was being led out of a Supreme Court hearing, reporters asked a different question, but Mr Chidambaram had only one thing to say – 5%.

“Sir, you want to say anything? You have been in custody for 15 days , “NDTV asked the Congress leader flanked by CBI officers and the police.

” 5 per cent, “Mr Chidambaram replied, holding up his hand to convey the number, apparently mocking the government over the GDP crash.

“You know what is 5 per cent? You remember 5 per cent,” he said over his shoulder at the reporter, who called out, “GDP?”

Mr Chidambaram said that was the level of the economy.

According to government data, the economic growth slowed to a seven-year low to five per cent in the April to June quarter from eight per cent a year ago.

The short video was re-tweeted by Mr Chidambaram’s son Karti Chidambaram with the comment: “P Chidambaram on the state of the economy.”

Soon, the Congress tweeted the video and quipped: “A quick reminder by P Chidambaram on why he’s feared by the BJP government.”

A quick reminder by@ PChidambaram_INon why he’s feared by the BJP govt.# ModiMadeEconomicCrisispic.twitter.com/9XOdVf6saT

Mr Chidambaram, who was finance minister in the Manmohan Singh-led UPA government, has often critiqued the ruling BJP on its economic policies.

Heis being investigated by the CBIin connection with the INX Media case and will be in the agency’s custody till Thursday, after which the court will decide on whether to release him or extend his custody. The CBI alleges that as finance minister in 2007, Mr Chidambaram facilitated a huge infusion of overseas funds to the media company INC Media co-founded by Peter and Indrani Mukerjea, at the instance of his son Karti Chidambaram, who allegedly received kickbacks.

The Mukerjeas, who are in jail in Mumbai for the murder of Indrani’s daughter Sheena Bora, have alleged to investigators that the Chidambarams helped them. Indrani has also turned approver in the case.

GetBreaking news, live coverage, and LatestNewsfrom India and around the world on NDTV. com. Catch all the Live TV action on NDTV 24 x7 andNDTV India. Like us onFacebookor follow us onTwitterandInstagram(forlatest newsandlive newsupdates. 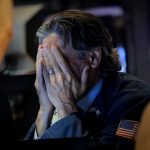 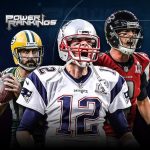