1. Dow set for higher open after another record close

Traders work on the floor of the New York Stock Exchange (NYSE) on November 04, 2019 in New York City.

With the final 2019 meeting of Federal Reserve policymakers just two weeks away, Fed ChairmanJerome Powellsignaled interest ratesare unlikely to rise anytime soon,saying Monday the central bank remains firmly committed to seeing the inflation rate go up to 2%. Inflation has been well below that level for 2019, despite three rate cuts over the past four months. Dallas Fed President Robert Kaplan told CNBC on Tuesday heexpects fourth-quarter growth to be “weak”as business cut inventories due to trade concerns. Investors will be looking for more clues on theU.S. economyTuesday morning, when the September S & P / Case-Shiller report on home prices and government data on October new home sales are released.

House Intelligence Committee ChairmanAdam Schiff,D-Calif., Said impeachment investigators are pulling together their findings. House Democrats could deliver a finalized reportas early as next weekafter several closed-door depositions and two weeks of public hearings looking into PresidentDonald Trump‘s intention when he asked Ukraine’s leader in a July phone call to investigate political rival Trump has repeatedly said he’s done nothing wrong, calling the impeachment inquiry a “hoax” and a “witch hunt.” He said there was “no quid pro quo” on that call. If the Democratically controlled House were to vote for impeachment, the Republican-controlled Senate would hold a trial on the evidence.

Alphabet‘s Googlehas terminated four employeesfor allegedly sharing sensitive information after weeks of internal dissent related to the mistrust of leadership. At least two of the employees were at the center of recent worker protests. Rebecca Rivers, who previously spoke out about Google’s contracts with U.S. Customs and Border Protection, tweeted she was one of them. Last week, a group of 20 Google employees in San Francisco protested the interrogation of Rivers and another employee, Laurence Berland, who had been placed on sudden and indefinite administrative leave for allegedly sharing sensitive

Tesla‘s futuristic pickup truckappears set to go head to headagainst the (Ford) ********** (F -) in an “apples-to-apples” battle. The anticipated showdown, which could take place next week, comes after Tesla this week unveiled its all-electric Cybertruck and showed a promotional video of the vehicle towing a F – 150

Critics of the demonstration have argued the test was unfavorable to Ford. Sundeep Madra, vice president at Ford X, tweeted Monday, apparently urging Tesla CEOElon Muskto send over a Cybertruck for a tug-of-war test. In a tweet directly replying to the Ford X vice president, Musk replied, “Bring it on.”

CNBC’s before the bell news roundup

Get this delivered to your inbox, and more info about about our products and services.
By signing up for newsletters, you are agreeing to ourTerms of UseandPrivacy Policy. 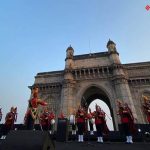 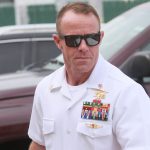