The electricTeslaCybertruck may have outlandish styling but, at heart, it’s still just a four-wheel, four-door pickupthat you can read more about by clicking here.

That said, it does offer plenty of features you won’t find on many other mass-markettrucks, and not just its battery pack. Here are a few of the standouts:

Along with its full-width LED headlight bar, there’s an auxiliary strip for off-road driving hidden at the top of its windshield, just below the unique peak in its roof.

IT’S MADE FROM SPACE AGE MATERIAL**

The Cybertruck’s body is constructed of thick sheets of the same 30 – times-cold-rolled stainless steel used on the SpaceX Starship . Along with being scratch- and dent-resistant, Tesla claims it can withstand a 9-mm. firearm round. (Then again,it said the “Armor” windows were super strong, too.)

Instead of a hoop, the Cybertruck has a steering wheel modeled after the type on an aircraft yoke with grips at 9 and 3 o’clock.

Along with a covered bed with a trunk in the floor and a “frunk” under the hood, each of the rear roof buttresses hides storage compartments beneath butterfly doors.

YOU CAN STEP ON IT

The powered bed cover is strong enough to walk on and fully retracts into the space between the bed and the cabin when it’s opened.

The Cybertruck will come with an optional Cyberquad electric ATV that you can drive into the bed using a ramp that extends from the tailgate as the pickup’s standard air suspension system squats.

IT HAS A SIX-PACK

Like some traditional trucks, the Cybertruck has three-across front seating thanks to a center jump seat that turns into an armrest when not in use.

Tesla will offer a camping package that includes a polygonal tent to match its styling, a raised sleeping floor for the bed, and a slide-out electric stove that runs off the battery pack. 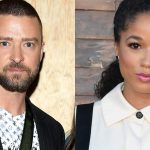