Dhaka, Bangladesh (CNN)Seven men were sentenced to death Wednesday by a court in Bangladesh after being found guilty of helping to organize thecountry’s deadliest ever terrorist atrocity.

One of the eight suspects charged was found not guilty, while the seven who face capital punishment can appeal.

The five militants were killed by police when officers raided the Holey Artisan Bakery cafe to bring an end to an hours-long standoff.

Bangladeshi authorities organized a special tribunal to charge the eight suspects, who all pleaded not guilty to a host of crimes, including aiding and abetting a criminal organization and participating in a criminal conspiracy.

As they were led out of court, some of the men were heard shouting “we are soldiers of the caliphate.”

ISIS claimed responsibility for the attack soon after it took place, butthe information minister at the timesaid it was more likely the work of Jamaatul Mujahideen Bangladesh, or JMB, a jihadist group whose attacks have targeted religious minorities. JMB was allied with ISISwhen the assault occurred.

The identity of the attackers came as a shock to many. The five weredescribed as “normal, regular guys”and young, well-educated men who attended top schools and received a secular education.

In the ensuing months, Bangladeshi police pursued several “suspected masterminds” of the terror attack. Two were killed in a shootouts with authorities inAugust 2016andJanuary 2017, and one died after jumping off a fifth-floor balcony while running away from policein October 2016.

Ali Aslan, one of the cafe’s owners, said he did not expect any surprises ahead of the verdict.

“There aren’t too many question marks over the case so it’s more a formality,” he said.

Aslan and his business partners have since re-opened the cafe at a new location about a kilometer (0.6 miles) away from the site of the attack.

“It’s a smaller location, it’s easier to secure. It happens to be opposite a police checkpost,” he said.

The old location remains shuttered, save for July 1 every year, when Aslan and the other owners allow people in to pay their respects.

“The anniversary is a somber day. We open up the original premises for the media, any onlookers, and people to pay tributes, but we don’t mark it as such, “he said. 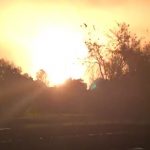 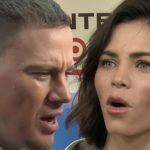