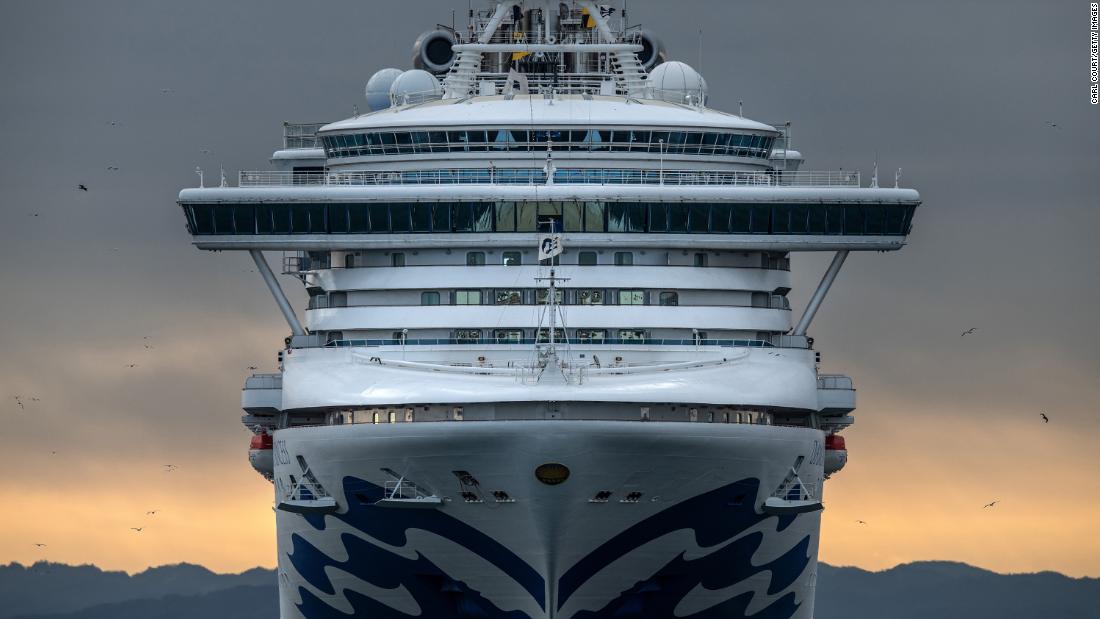 Tokyo (CNN) It was supposed to be the holiday of a lifetime.

Instead, American couple Kent and Rebecca Frasure found themselves quarantined on a cruise ship, staring at ambulances lined up on land ready to receive the increasing toll of passengers diagnosed with a deadly virus.

On Friday morning, Rebecca, , found out she had tested positive for Wuhan coronavirus and had to leave the ship immediately – alone, as her husband Kent, 42, was still apparently uninfected.

Her only symptom when she tested positive was a cough.

“It is terrible, I could never imagine that this could be happening right now, “she told CNN shortly before she left the boat. “(The hardest part) is the unknown. Like, I don’t know what’s going to happen an hour from now.”

The Diamond Princess cruise ship, on which the Frasures were traveling, has been quarantined off the coast of Yokohama, near Tokyo, since Tuesday, after a former passenger tested positive for the coronavirus.

There are more than 3, 823 people on board, including 2, 728 passengers, of whom 461 are American. So far, 61 passengers have tested positive for the virus, and the quarantine is expected to last until at least February 29.

So far more than , (people) globally have been infected by the pneumonia-like coronavirus, which originated in the central Chinese city of Wuhan, and at least have died, predominantly in mainland China.

Three cruise ships in Asia, including the Diamond Princess, have had their journeys disrupted or brought to a halt by the virus. In the middle of the East China Sea, the Westerdam is struggling to find a port to dock at after being turned away from both Taiwan and Japan over fears of passenger contamination.

Meanwhile, in Hong Kong, the World Dream cruise ship has been held in quarantine since docking Wednesday, after eight former passengers tested positive for the virus.

Fear on the Diamond Princess

After Rebecca was diagnosed, Kent says no one came to disinfect the room the couple shared. He believes it is only a matter of time before he is diagnosed with the virus, too. “(But) you roll with the punches and try to make the best of things as you can,” he said.

Information from the cruise staff has been scant and he only found out that a further 55 passengers had been diagnosed with the virus after talking to a reporter, he said.

“The only way anybody knows (what is happening) is when people that are infected tell other people they’ve been infected,” he said.

American author Gay Courter is also among the more than 2, 630 passengers trapped on board the Diamond Princess, which she described as a “contaminated prison.”

“(My husband Philip and I) are 80 and 80 years old, we have health risks and we are a bad category to get sick … We are not safe in our rooms, “she said.

In an at tempt to escape the infection, Courter said she had contacted her insurance company, Medjet, which is willing to send a crisis extraction team from the boat to evacuate her.

The US and Japanese governments, however, won’t allow that to happen. Japanese health officials told CNN that any passengers of the Diamond Princess had to go through the quarantine process before they were allowed onto land and that the process was ongoing.

“We can be taken in quarantine, and extracted in quarantine and arrive in the United States safely, “she said. “We are not sick at the moment but there is a major concern that circulating air on this ship can make people sick.”

Courter said the US government could take them to the nearby Okinawa military base for evacuation, telling President Donald Trump that he could have another thousand US coronavirus cases on his hands if the ship was emptied.

“This was a trip of a lifetime, and I used all of my credit card points. The way out was divine but right now I do not mind how I go home, “she said.

Courter is afraid that if she becomes infected she may not survive. Older people are especially susceptible to the Wuhan

coronavirus – China’s National Health Commission said Tuesday that 90% of all fatalities in mainland China were over the age of .

Nightmare on board the Westerdam

The Westerdam cruise liner left Singapore on January 24 for what should have been a – day cruise around Asia. But after leaving Hong Kong on February 1, the ship has been turned away from the Philippines due to fears that there may be coronavirus cases on board. There is no suggestion that any passengers, current or former, have been infected.

Australian passenger David Holst, , who is traveling on the Westerdam with his wife Judy, said that the ship had briefly docked in Kaohsiung, Taiwan. But on February 6, Taiwan announced it would no longer allow international cruise ships to dock in its ports due to fears around the epidemic.

The Westerdam left Kaohsiung and was turned away from Taipei as well.

The ship, which is operated by Holland America, had been set to stop at five ports in Japan, but on Thursday the Japanese government said that it would not allow the Westerdam to call anywhere in their territory.

“No one wants us,” Holst told CNN from the cruise ship, which is currently sailing through the East China Sea. “Holland America said they’re in discussions with the US State Department, the US Navy, and the Dutch government to try and find a solution. I have no idea what that will be or when that would be.”

Holst said he and his wife had spent more than $ , on the trip, including flights. But he said the past six or seven days had been a “nightmare.”

“It keeps getting worse and everyone on board is just living in fear that the bell is going to ring and the captain is going to say, ‘Return to your cabins, we’re in quarantine and we’ve got a virus case on board, ‘”he said.

In a statement, Holland America said it understood that guests on board are concerned and it was doing everything it could to protect their health.

“We have implemented a significant number of measures. Our medical experts have been coordinating closely with global health authorities to implement enhanced screening, prevention and control measures for our ships,” the statement said.

“We have no reason to believe there are cases of coronavirus on board.”

Holst criticized the ship for stopping in at Hong Kong and taking on new passengers there, despite the Chinese territory having coronavirus cases. “People are angry, I think the tension is rising and everyone on this boat for the last seven days has lived under the dark shadow of wondering whether we have the virus on board,” he said.

In its statement, Holland America said it had followed US Centers for Disease and Control guidelines at the time the ship docked in Hong Kong on February 1.

In Hong Kong, the 3, 630 People aboard the World Dream cruise liner have been under quarantine for three days after a number of passengers from a former voyage tested positive for the coronavirus.

Three crew members have been evacuated from the ship for treatment in hospital.

Chuang Shuk-kwan of the Hong Kong Department of Health said that all passengers would have to remain on board until “we complete the quarantine work.” Chuang said Crew members had shown symptoms of illness at varying degrees, although most had tested negative for the coronavirus.

Before arriving in Hong Kong, the World Dream had docked at several ports across China and Vietnam. On January , after visiting those locations, more than 4, passengers disembarked mostly to return to mainland China.

Not long after, eight of those former passengers were confirmed to be infected with the coronavirus, restricted leaving the ship contaminated.

Dream Cruises has said it is attempting to contact passengers who had previously been on board the World Dream “to inform them of the situation and seek professional health assistance. “

There is no word yet when the World Dream may be allowed to leave Hong Kong. 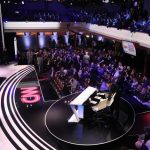 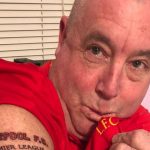