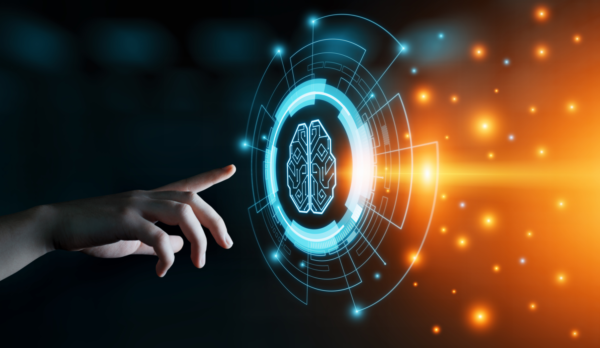 My name isVincenzo Lomonacoand I’m aPostdoctoral Researcherat the University of Bologna where, in early 2019, I obtained my PhD in computer science working on “Continual Learning with Deep Architectures”in the effort of making current AI systems more autonomous and adaptive. Personally, I’ve always been fascinated and intrigued by the research insights coming out of the 15 years of Numenta research at the intersection of biological and machine intelligence. Now, as a visiting research scientist at Numenta, I’ve finally gotten the chance to go through all its fascinating research in much greater detail.

I soon realized that, given the broadness of the Numenta research scope (across both neuroscience and computer science), along with the substantial changes made over the years to both the general theory and its algorithmic implementations, it may not be really straightforward to quickly grasp the concepts around them from a pure machine learning perspective. This is why I decided to provide asingle-entry-point,easy-to-follow, andreasonably short guideto the HTM algorithm for people who have never been exposed to Numenta research but have a basic machine learning background.

Before delving into the details of the HTM algorithm and its similarities with state-of-the-art machine learning algorithms, it may be worth mentioning the theory that encompasses Numenta research efforts over the last 15 years: TheThousand Brains Theory of Intelligence. The Thousand Brains Theory is a biologically constrained theory of intelligence, built through reverse engineering the neocortex. HTM is the algorithmic implementation and empirical validation in silicon, of key components of the theory. So, let’s take a quick look at both of them below.

The Thousand Brains Theory of Intelligence

TheThousand Brains Theoryis the core model-based, sensory-motor framework of intelligence putting together the neuroscience research developed over the almost two decades of research atNumentaand theRedwood Neuroscience Institute (founded in 2002 by Jeff Hawkins). While backed by substantial anatomical and functional neurological evidence, it provides a unique interpretation of the high-level computation thought to happen throughout the neocortex and giving rise to intelligent behaviors.

In particular, the framework suggests mechanisms for how the cortex represents object compositionality, object behaviors and even high-level concepts from a basic functional unit tightly replicated across the cortical sheet: acortical column. It leads to the hypothesis that every cortical column learns complete models of objects. Unlike traditional hierarchical ideas in deep learning, where objects are learned only at the top, the theory proposes that there are many models of each object distributed throughout the neocortex (hence the name of the theory).

If you want to learn more about the theory I suggest starting from the recent 2019Frontiers in Neural Circuitspaper “A Framework for Intelligence and Cortical Function Based on Grid Cells in the Neocortex”. I think the temporal, location-based and compositional nature of the framework, along with its disruptive rethinking of multi-modal integration and hierarchy, may provide invaluable insights for future machine learning developments.

Further reads and interesting resources related to the theory I really enjoyed:

The HTM algorithm is based on the well understood principles and core building blocks of theThousand Brains Theory. In particular, it focuses on three main properties:sequence learning,continual learningandsparse distributed representations.

Even if substantially different in terms of algorithmic approach and learning rule, at a higher level, it may be possible to associateHierarchical Temporal MemoriestoRecurrent Neural Networks. In fact, HTMs are particularly suited for sequence learning modeling as the latest RNNs incarnation such asLSTMsorGRUs .

However, the main differences with RNNs are:i)HTMs have a more complex neuron model;ii)HTMs do not employ back-propagation but a simple (and local) unsupervisedhebbian-learning rule;iii)HTMs are based on very sparse activations and neuron connectivity;iv)HTMs are based on binary units and weights. On one hand this means that HTMs can be implemented in an incredibly efficient way. On the other hand, in the case of highly dimensional input patterns, they may strive to solve thecredit-assignment problemif stacked in a multi-layer fashion asMulti-Layer LSTMsorConvolutional LSTMs.

While *** especially 4, 5, 6, and 7 areextremely difficultto satisfy in a state-of-the-art recurrent neural network, HTM naturally excels on those.

HTM from Zero to Hero!

Having given a brief contextualization to the HTM algorithm, in this section I’ll try to provide a quick curriculum for anyone interested in learning more about it, starting from scratch. In particular, I’ll cover two main parts: 1) the main algorithm implementation and details; 2) its practical application to real-world sequence learning problems. Some of the detailed algorithms as of 2016 are described inBiological And Machine Intelligence (BAMI). More recent work is available as papers. Note that the terminology ofHTM Theoryin BAMI has changed toThe Thousand Brains Theory.

Finally , for a more in depth understanding of the HTM algorithm you may also want to check:

In this blog post I tried to contextualize theHTMalgorithm within the Numenta research efforts and to help AI & machine learning researchers learn more quickly about HTMs with a short and tailored curriculum. However, there’s much more material you can explore on theNumenta community websiteor its social platforms, including podcasts and live stream recordings of open research meetings, so I invite you to check them out in case you are as interested in these ideas as I am!

As the deep learning hype is reaching its saddle point and AI researchers are more promptly starting to look to new original approaches, it seems Numenta is uniquely positioned to lead the path towards the next wave of Neuroscience-Inspired AI research. Despite the relative youth of the HTM algorithm, early comparative results with state-of-the-art sequence learning algorithms show how a neuroscience grounded theory of intelligence may inform and guide the development of future AI systems endowed with increasingly intelligent behavio urs. 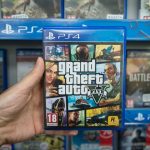 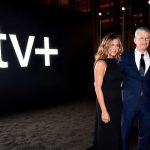