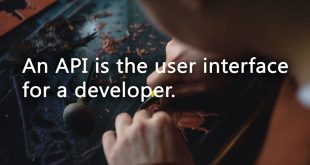 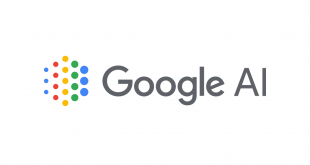 
Moderating is about dealing withpeople problemsand some people problems are extremely difficult to deal with. The internet is probably the most extremely diverse community that has ever existed and this extreme diversity compounds a lot of problems.

Almost anyone can get online and participate in a public forum, including people you wouldn’t run into in most meeting spaces IRL. So, for example, homeless people and very sick people and disabled people can join the conversation and their personal problems can be inadvertently disruptive in a way that’s very hard to deal with both humanely and effectively.

It’s also a space that helps give voice to marginalized peoples. For example, LGBTQ individuals and people who have been abused tend to have more of a visible presence in some online spaces than they typically have offline.

How do you respect the fact that such people have needs of their own and balance that with the needs of the community? How do you enforce the rules in a way that is both humane and effective when faced with one or more members who have serious personal problems that will not be resolved anytime soon?

Rule Of Law
The very first thing you should enforce as a mod is that it is the moderator’s job to deal with problem people. Do not let it turn into a lynch mob.

If someone has a minority point of view and is arguing with two people, don’t let it become three on one. If it does, it will likely become four on one and then five on one, etc. It’s fine if it goes to three against four, but that’s a tough thing to foster. (It can be fostered, but you have to actively work at it for months to foster it and keep working at it so it doesn’t die.)

If one person’s presence is derailing the conversation for some reason, don’t automatically decide they must be the bad guy. The absolute worst thing you can do is to tell that person to shut up and leave the discussionwhile allowing other people to keep attacking them in some way. This includes everyone rebutting their comments that they are no longer allowed to defend because they were asked to stop posting.

It is healthier to allow them to vigorously defend their point of view if they wish. If they are the only person representing a particular point of view or experience, do not act like “they are posting too much” if they reply to everyone talking with them about it.

It may be helpful to let them and everyone else know that it is both okay for them to reply to everyone and also okay for them to reply selectively. Some people simply feel it is basic manners to reply to people who replied directly to them and this can sometimes go weird places. Such people are best helped by finding some way to communicate that “Conversation in online forums is weird and it’s different from conversation in meat space. It isn’t rude to reply selectively to some comments but not others. You aren’t obligated to reply to everything, though it’s okay if you choose to. However, just as an FYI, it can have unintended consequences and those unintended consequences are best mitigated by being a little choosy about what you respond to. ”

When someone is a demographic outlier or has a minority point of view, it should not be entirely on their shoulders to somehow try to not be a problem. The group as a whole needs to let them speak their mind without the group as a whole engaging in problem behavior.

The moderator needs to actively enforce thatwe don’t gang up on people and we don’t blame one person for the behavior of the entire group.

Attention As A Useful Resource
I once heard that “Eighty percent of what most children hear isnoor some variation thereof (stop, quit, etc).” Children need parental attention. They require it for their very survival and it’s an important part of their socialization process, but most people get far more negative attention in childhood than positive.

This means that, as a moderator, you are going to all too often be dealing with people who do not actually understand that negative attention is a bad thing and it genuinely means they need to stop this behavior. It means that some of your biggest people problems will be from people who desperately crave attention, have no idea whatsoever how to arrange any positive attention and will be thrilled to pieces to have your negative attention for their problem behavior.

Worse, if you are basically a nice person who has had a fairly nice life, your idea of ​​negative attention may be music to their ears. They may think you love and adore them and may honestly completely miss that this is negative attention.

People who have had seriously abusive and unhealthy relationships may think you are joking and don’t really mean it when you saynobecause you aren’t being adequately horrible to them for it to register as some kind of serious intention.

This is a tough problem to solve and it’s one that frequently results in banning the person because nothing seems to work at all.

But there are things you can do to mitigate the issue.

Giving Testimony, Kvetching and Soft Begging
Many people with very serious personal problems, such as chronic illness or dire poverty, spend a fair amount of time online. Their problems may be basically consuming their lives such that it’s all they can really think about, not because they want it to take up all their time, energy and mental space but because it just does.

It’s not at all uncommon for such people to be drawn to discussions about the very problems they are currently living with and for them to want to participate in good faith because they know something about the subject. They will often leave a comment that describes their firsthand experience with the very kind of thing under discussion because of an article that was posted.

This often then goes weird places because they get a pile on of invasive questions, random advice from people who don’t actually know enough to be helpful and even active criticism blaming them for their problems. This effectively means they can’t have any kind of positive interactions online. They can’t just “be themselves” and talk about their lives and contribute to the discussion, not because of their expectations but because of the reactions of other people.

However, people with serious and intractable problems aren’t alwaysgiving testimony. In other words, they aren’t always trying to use their negative experiences to contribute to the discussion in a constructive way by sharing some kind of informed point of view.

Like any normal person whose lives are less dire, they may just be talking about their life but it just so happens that their life completely sucks. Or they may be kvetching. In fact, if your life seriously sucks, there may be no clear, bright line between just talking about your sucktastic life and complaining about it.

I was asked to write this because of my comments in theSoft Beggingdiscussion . [1] Keep in mind that people with dire problems may have mixed feelings and mixed motives and may be unclear themselves why they are saying a particular thing. They may be desperate and sort of hoping someone will take pity on them and do something for them. It may not be intentional soft begging.

However, it may gradually turn into soft begging if it gets results in terms of people sometimes being generous because of their sob storywhile no other meaningful help is ever offered. The best antidote to soft begging is to help people find actual solutions to their problems.

You may think you can’t do that over the internet, but think again. If you aren’t sure how to give real and meaningful help via internet, I suggest you watch the 1995 Tom Hanks movie “Apollo 13.”

Following an explosion on Apollo 13, ground control had to find ways to help them get back home alive. They had no ability to physically send anything. Their help was limited to communicating with them.

This did not stop them from problem solving and sending life-saving instructions on how to do X. The internet actually has vastly more ability to do things for people from a distance than they had.

If people ask a question and you feel the correct answer is “That’s found in the sidebar,” assume they didn’t see it and respectfully direct them to either the sidebar or the link in question (“Have you checked this link from our sidebar ? ”). Do your level best to not sound like you are insulting them or implying they are stupid. Assume they are “blind, having technical difficulties and / or life is actively getting in the way for some reason.”

Many people think you can either be compassionate and generous and basically put up with problem behavior from people whose lives suck or you can hold them to the exact same standard as other people and punish them left and right when they can’t manage to meet that standard. This often results in them having super negative experiences and ultimately being banned.

Those are absolutely not your only options. Hopefully the above gives you some practical alternatives for trying to be respectful, compassionate and even helpful without creating a situation where people with serious problems either are helped to become low grade con artists because soft begging is the only thing working for them or end up de facto being expected to hide the truth about their life as just one more burden to bear.

[1] As noted above, this piece was written by request for a subreddit called modguide . An edited version of this appeared there for about 24 hours, but was deleted when the edited version didn’t do well. Above is my first draft, which is much more my own authentic voice. 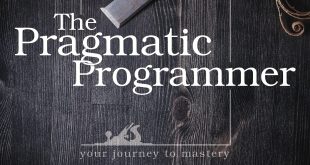