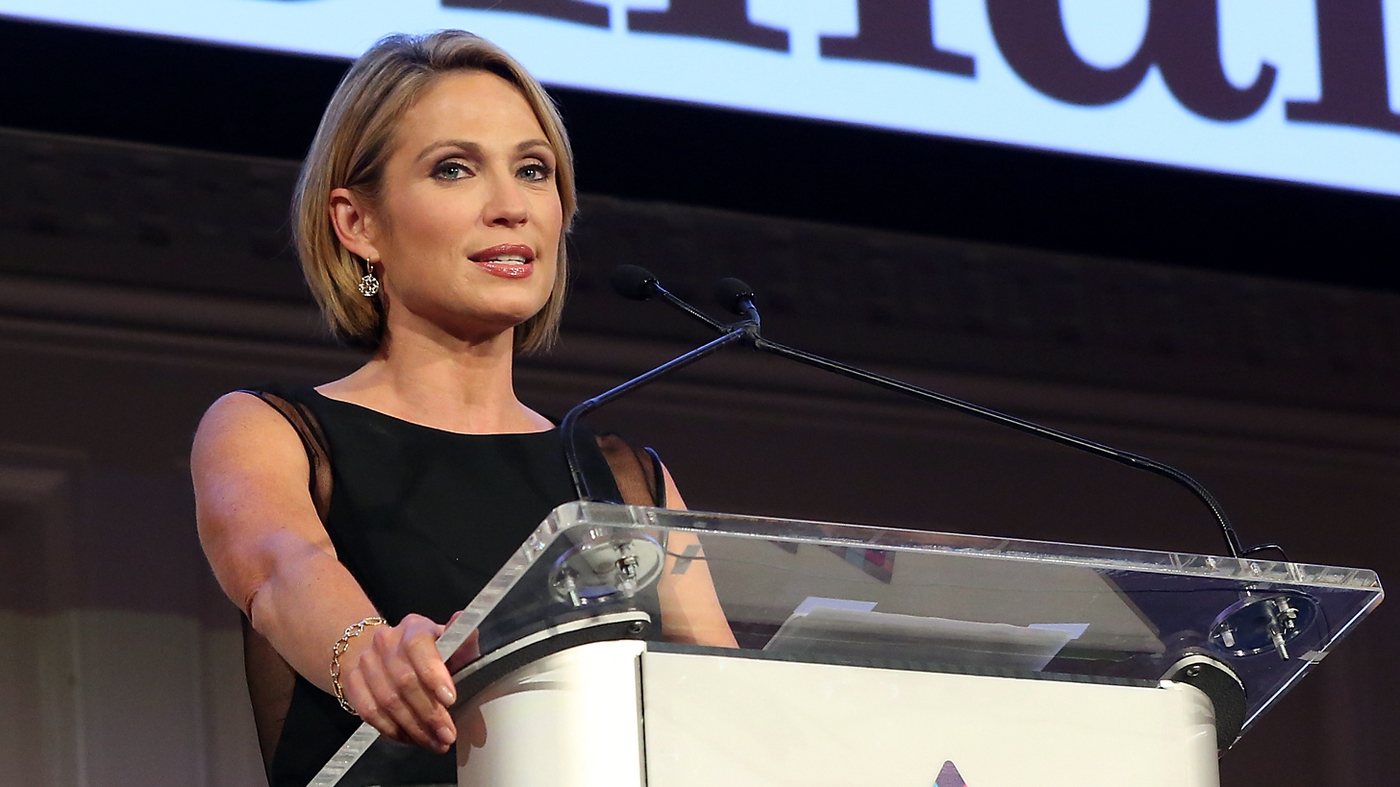 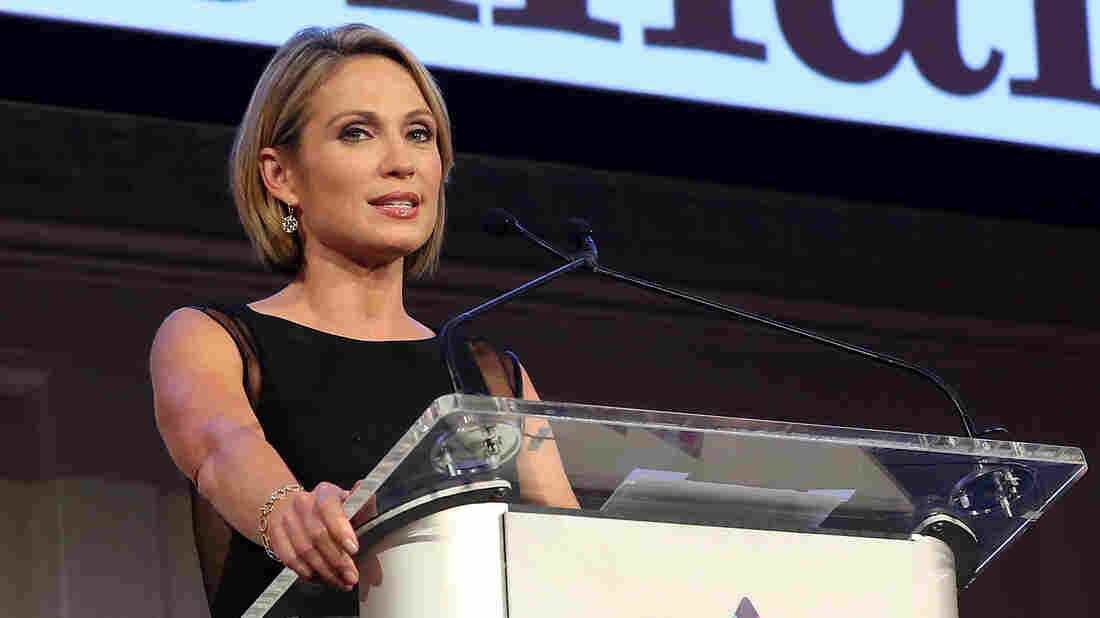 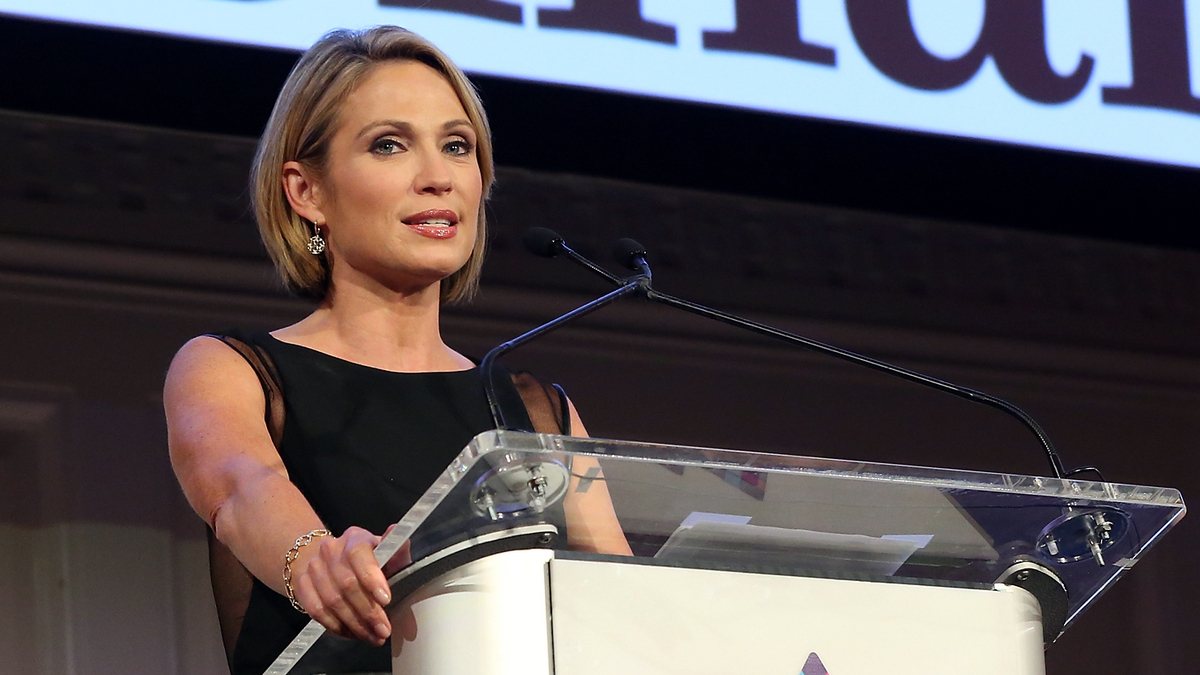 ABC News anchor Amy Robach complained in a leaked video that the network “quashed” her interview with Virginia Roberts Giuffre, an accuser of Jeffrey Epstein.

A newly surfaced video of an ABC News anchor’s unguarded remarks about the network’s coverage of the late Jeffrey Epstein has thrown ABC on the defensive.

In a leaked video posted Tuesday by the right-wing activist group Project Veritas, news anchor Amy Robach expresses her frustration to a colleague over ABC’s failure to broadcast her interview with a key accuser of Epstein.

Robach complains that the network “quashed” her interview, suggesting that ABC had yielded to threats from powerful forces, including Buckingham Palace. Prince Andrew is among those men whom the accuser alleges Epstein trafficked her to for sex. The ****’s representatives have denied that claim.

ABC News executives say their journalists were simply not able to corroborate the details of the reporting sufficiently for broadcast.

“We would never run away from that,” Chris Vlasto, head of investigations for ABC News, tells NPR. The network has filed approximately two dozen digital and broadcast stories on Epstein since early 2015, when ABC started talking to the accuser, Virginia Roberts Giuffre.

Robach’s comments in late August 2019 came just two days afteran NPR storydisclosed the existence of Giuffre’s interview and ABC’s failure to broadcast it. In the video, Robach is sitting on a chair at a studio set for ABC’sGood Morning America,at times swinging back and forth while speaking remotely through her microphone with an unseen colleague. It appears to be the early morning hours before broadcast or during advertising breaks.

“I’ve had the story for three years,” Robach says in the video. “We would not put it on the air. Um, first of all, I was told, ‘Who was Jeffrey Epstein? No one knows who that is. This is a stupid story.’ Then the palace found out that we had her whole allegations about Prince Andrew and threatened us a million different ways. “

Robach goes on to say that Giuffre alluded to others in the interview, including former President Bill Clinton, Harvard University law professor emeritus Alan Dershowitz and Epstein’s former girlfriend, Ghislaine Maxwell. Giuffre has made similar accusations against all of them also in court documents. (All deny any wrongdoing or involvement in Epstein’s sex trafficking.) Giuffre has said in court papers that she saw Clinton in Epstein’s presence but did not witness Clinton participate in any sexual activity.

“I tried for three years to get it out to no avail, and now these new revelations and – I freaking had all of it,” Robach says on the tape. “I’m so pissed right now. Like, every day I get more and more pissed, ’cause I’m just like,’ Oh my God! It was – what we had, was unreal. ‘ “

Dershowitz, who served as one of Epstein’s legal advisers, told NPR in August that he had called ABC News in 2015 just before the interview was supposed to have been broadcast to dissuade the network from airing Giuffre’s allegations.

ABC said it never intended to broadcast her allegations against Dershowitz. Yet legal scholar Dershowitz said he had called primarily on his own behalf, not Epstein’s, to warn ABC against giving Giuffre a platform. “I did not want to see her credibility enhanced by ABC,” Dershowitz told NPR. He said he spoke to two producers and an attorney in a series of calls in a 24 – hour period.

The first 64 seconds of Project Veritas’ video appear to be unedited, just a straight span of Robach speaking. ABC News and Robach confirmed that the video and her remarks are real. Yet in separate statements released by a spokeswoman for ABC News, they argue that Robach’s frustrations do not reflect any breakdown in journalistic acumen.

Instead, Robach and ABC say they were unable to corroborate elements of some of the key charges from Giuffre.

“As the Epstein story continued to unfold last summer, I was caught in a private moment of frustration. I was upset that an important interview I had conducted with Virginia Roberts [Giuffre] didn’t air because we could not obtain sufficient corroborating evidence to meet ABC’s editorial standards about her allegations, “Robach said in her statement. “The interview itself, while I was disappointed it didn’t air, didn’t meet our standards. In the years since no one ever told me or the team to stop reporting on Jeffrey Epstein, and we have continued to aggressively pursue this important story. “

” At the time, not all of our reporting met our standards to air, but we have never stopped investigating the story, “the ABC News statement says. “Ever since we’ve had a team on this investigation and substantial resources dedicated to it.” The network said it intended to run a two-hour documentary and launch a six-part podcast on Epstein in January 2020.

Project Veritas is led by the conservative provocateur James O’Keefe, who tells NPR that the tape was sent to him unbidden by an employee at ABC News. “It’s an entirely new model for Project Veritas,” O’Keefe says.

In the past, O’Keefe has published recordings of phony donors pitching to NPR fundraising executives, which led to the forced departure of the network’s CEO in 2011, even though thetapes as initially released proved to be deceptively edited. Other efforts to try tolure a female CNN correspondent on a boat with sex toysand another to getWashington Postreporters tobite on a fake accusationof rape against a Republican Senate candidate ran aground.

In the more recent past, O’Keefe has run a bunch of surreptitiously recorded conversations with staffers atThe New York Timesand CNN that have yielded modest revelations and have largely been ignored. He has typically arranged for the taping ahead of time, with one of his own staffers or volunteers, or an employee of the news outlet under scrutiny who is sympathetic to his ideological efforts, asking leading questions.

ABC now says it was stymied by a development in the spring of 2015, just 10 days before it flew Giuffre and her family from Colorado to New York City for the interview. Giuffre had leveled many of her accusations in court papers against Epstein; Maxwell, his former girlfriend; and others she accused of being enablers, including Dershowitz.

On April 6, 2015, US District Judge Kenneth Marra ruled that Giuffre could join a legal action against federal prosecutors. She accused the federal government of acting illegally by striking a deal allowing Epstein to skirt federal criminal charges without informing her until after the fact.

Yet Marra also ruled that many of the specifics of Giuffre’s allegations – whom she accused Epstein of trafficking her to and for what sexual interactions – should be struck from the record.

According to a network executive , that put a far greater burden on ABC’s reporting team, led by investigative producer Jim Hill. When allegations are contained in court documents, they are generally considered “privileged” under libel law – giving journalists latitude to report accusations accurately, whether or not they have been substantiated out of court. Once those details were removed from the formal court record, ABC had to corroborate Giuffre’s claims more concretely, on its own authority, the executive said. And in subsequent court filings, Giuffre has amended some of her recollection of precise dates and details in her allegations of activities that occurred close to two decades ago.

In early July, a federal judge publicly released a huge batch of documents in the Epstein case, including previously sealed filings that contained many of Giuffre’s specific accusations.

An ABC executive says the network had been relaunched on the project six months earlier – at the start of 2019. Inspired by the success of ABC’s podcast on corporate fraud at Theranos and by the competition ofThe Miami Herald,Vlasto and Hill had already pointed their focus squarely back at Epstein, ABC says. They then had to scramble when federal authorities brought new charges against Epstein, and once more when he died. 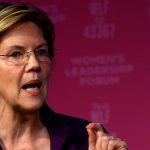