The Internet has gotten too big.

Growing up, I, like many computery people of my generation, was an idealist. I believed that better, faster communication would be an unmitigated improvement to society. “World peace through better communication,” I said to an older co-worker, once, as the millenium was coming to an end. “If people could just understand each others’ points of view, there would be no reason for them to fight. Government propaganda will never work if citizens of two warring countries can just talk to each other and realize that the other side is human, just like them, and teach each other what’s really true. “

[Wired.comhas an excellent articleabout this sort of belief system.]

“You have a lot to learn about the world,” he said.

Or maybe he said, “That’s the most naive thing I’ve ever heard in my entire life. “I can’t remember exactly. Either or both would have been appropriate, as it turns out.

There’s a pattern that I don’t see talked about much, but which seems to apply in all sorts of systems, big and small, theoretical and practical, mathematical and physical.

What is “corruption?” I don’t know the right technical definition, but you know it when you see it. In a living system, it’s a virus, or a cancer, or a predator. In a computer operating system, it’s malware. In password authentication, it’s phishing attacks. In politics, it’s lobbyists and grift. In finance, it’s high-frequency trading and credit default swaps. In Twitter, it’s propaganda bots. In earth’s orbit, it’s space debris andKessler syndrome.

On the Internet, it’s botnets and DDoS attacks.

What do all these things have in common? That they didn’t happen when the system was small and expensive. The system was just as vulnerable back then – usually even more so – but it wasn’tworth it. The corruption did corrupt. The attacks didn’t evolve.

What do I mean by evolve? Again, I don’t know what technical definition to use. The evolutionary process of bacteria isn’t the same as the evolutionary process of a spam or phishing attack, or malware, or foreign-sponsored Twitter propaganda, or space junk in low-earth orbit. Biological infections evolve, we think, by random mutation and imperfect natural selection. But malware evolves when people redesign it. And space junk can turn violent because of accidental collisions; not natural, and yet the exact opposite of careful human design. ******

Whatever the cause, the corruption happens in all those cases. Intelligent human attackers are only one way to create a new corruption, but they’re a fast, persistent one. The more humans you connect, the more kinds of corruption they will generate.

Mosthumans aren’t trying to create corruption. But it doesn’t matter, if a rare corruption can spread quickly. A larger, faster, standardized network lets the same attack offer bigger benefits to the attacker, without increasing cost.

One of the natural defenses against corruption is diversity. There’s this problem right now where supposedlythe most common strain of bananas is dying outbecause they are all genetically identical, so the wrong fungus at the right time can kill them all. One way to limit the damage would be to grow, say, 10 kinds of bananas; then when there’s a banana plague, it’ll only kill, say, 10% of your crop, which you can replace over the next few years.

In fact, a major goal of modern engineering is to destroy diversity. AsDeming would say, reduce variation. Find the “best” solution, then deploy it consistently everywhere, and keep Improving it.

When we read aboutadversarial attacks on computer vision, why are they worse than Magic Eye drawings or other human optical illusions? Because they can be perfectly targeted. An optical illusion street sign would only fool a subset of humans, only some of the time, because each of our neural nets is configured differently from everyone else’s. But every neural net in every car of a particular brand and model will be susceptible to exactly the same illusion. You can take a perfect copy of the AI, bring it into your lab, and design a perfect illusion that fools it. Subtracting natural diversity has turned a boring visual attack into a disproportionately effective one.

The same attacks work against a search engine or an email spam filter. If you get a copy of the algorithm, or even query it quickly enough and transparently enough in a black box test, you can design a message to defeat it. That’s the SEO industry and email newsletter industry, in a nutshell. It’s why companies don’t want to tell you which clause of their unevenly-enforced terms of service you violated; because if you knew, you’d fine tune your behavior to be evil, but not quite evil enough to trip over the line.

… but back to the Internet

I hope you didn’t think I was going to tell you how to fix Twitter and Facebook and U.S. politics. The truth is, I have no idea at all. I just see that the patterns of corruption are the same. Nobody bothered to corrupt Twitter and Facebook until they got influential enough to matter, and theneverybodybothered to corrupt them, and we have no defense. Start filtering out bots – which of course you must do – and people will build better bots, just like they did with email spam and auto-generated web content and CAPTCHA solvers. You’re not fighting against AI, you’re fighting against I, and the I is highly incentivized by lots and lots of money and power.

But, ok, wait. I don’t know how to fix giant social networks. But I do know a general workaround to this whole class of problem: slow things down. Choose carefully who you interact with. Interact with fewer people. Make sure you are certain which people they are.

If that sounds like some religions’ advice about sex, it’s probably not a coincidence. It’s also why you shouldn’t allow foreigners to buy political ads in your country. And why local newspapers are better than national ones. And why “free trade” goes so bad, so often, even though it’s also often good. And whydoctors need to wash their hands a lot. (Hospital staff are like the Internet of Bacteria.)

Unfortunately, this general workaround translates into “smash Facebook” or “stop letting strangers interact on Twitter,” which is not very effective because a) it’s not gonna happen, and b) it would destroy lots of useful interactions. So like I said, I’ve got nothing for you there. Sorry. Big networks are hard.

But Avery,the Internet, you said

Oh right. Me and my cofounders atTailscale.iohave been thinking about a particular formulation of this problem. Let’s forget about Internet Scale problems (like giant social networks) for a moment. The thing is, only very few problems are Internet Scale. That’s what makes them newsworthy. I hate to be the bearer of bad news, but chances are, your problems are not Internet Scale.

Why is it so hard to launch a simple web service for, say, just your customers or employees? Why did theEquifax breachhappen, when obviously no outsiders at all were supposed to have access to Equifax’s data? How did theCapital One AWS hackhappen, when Capital One clearly has decades of experience with not leaking your data all over the place?

I’ll claim it again … because the Internet is too big.

Equifax’s data was reachable from the Internet even though it should have only been accessible to a few support employees. Capital One’s data surely used to be behind layers and layers of misconfigured firewalls, unhelpful proxy servers, and maybe even pre-TCP / IP legacy mainframe protocols, but then they moved it to AWS, eliminating that diversity and those ad-hoc layers of protection. Nobody can say modernizing their systems was the wrong choice, and yet the result was the same result we always get when we lose diversity.

Attackers perfect their attack once, try it everywhere, scale it like crazy.

Back in the 1990 s, I worked with super dumb database apps running on LANs. They stored their passwords in plaintext, in files readable by everyone. But there was never a (digital) attack on the scale of 2019 Capital One. Why?

Because … there was no Internet. Well, there was, but we weren’t on it. Employees, with a bit of tech skill, could easily attack the database, and surely some got into some white collar crime. And you occasionally heard stories of kids “hacking into” the school’s grading system and giving themselves an A. I even made fake accounts on a BBS or two. But random people in foreign countries didn’t hack into your database. And the kids didn’t give A’s to millions of other kids in all the other schools. It wasn’t a thing. Each corruption was contained.

Here’s what we’ve lost sight of, in a world where everything is Internet scale: most interactionsshould notbe Internet scale. Most instances of most programs should be restricted to a small set of obviously trusted people. All those people, in all those foreign countries, should not be invited toread Equifax’s PII database in Argentina, no matter how stupid the password was. They shouldn’t even be able to connect to the database. They shouldn’t be able to see that it exists.

It shouldn’t, in short, be on the Internet.

On the other hand, properly authorized users, who are on the Internet, would like to be able to reach it from anywhere. Because requiring all the employees to come to an office location to do their jobs (“physical security “) seems kinda obsolete.

That leaves us with a conundrum, doesn’t it?

That’s what we’re working on.

I’m certainly not the first to bring up all this. Various sci-fi addresses the problem of system corruption due to excess connectivity. I likedA Fire Upon the Deepby Vernor Vinge, where some parts of the universe have much better connectivity than others and it doesn’t go well at all. There’s also theRifters Trilogyby Peter Watts, in which the Internet of their time is nearly unusable because it’s cluttered with machine-generated garbage.

Still, I’d be interested in hearing about any “real science” on the general topic of systems corruption at large scales with higher connectivity. Is there math for this? Can we predict the point at which it all falls apart? Does this define an upper limit on the potential for hyperintelligence? Will this prevent thetechnological Singularity?

I’m normally an East Coast person, but I’ll be visiting the San Francisco Bay area from August 26 – 30 to catch up with friends and talk to people about Tailscale, thehorrors of IPv6, etc. Feel free to contact me if you’re around and would like to meet up. ****** 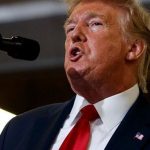