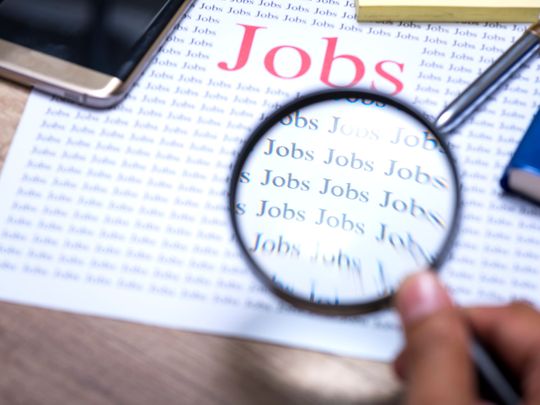 Abu Dhabi: Abu Dhabi Police called on job-seekers to be on the guard against fake employment schemes that are usually offered online through fraudulent websites or through phone scams.

According to Abu Dhabi Police, the fraudsters are in many cases professional criminals who try to exploit job-seekers, offering attractive salaries and positions to prospective employees. The scam eventually involves a request for payment of some kind of ‘fees’ along with sharing of sensitive personal information.

Abu Dhabi Police said that many of the scammers go to great lengths to dupe their victims, including creating fake online companies or social media accounts that pretend to be accredited with recruitment firms.

Abu Dhabi Police also warned that scamsters and their operations are international in scope and not just limited within the geographical boundaries of a country.

According to Abu Dhabi Police, the method typically used by the scammers is to contact a job-seeker by presenting themselves as a reliable recruitment firm, after which they request for the payment of a certain ‘fee’ to process the job application. In the end, the job-seeker finds out that no such position ever existed and that he or she had simply been tricked into parting with the money.

Abu Dhabi Police also made it clear that actual hiring companies do not ever ask for payments or any sensitive personal data that can be used to scam them. According to UAE labour laws, it is also illegal for recruitment companies to charge fees from job-seekers.

Gulf News had previously reported on several fake recruitment offers and schemes. In many of those instances, unsuspecting victims paid fees thinking they were going to get recruited by reputable companies based in the UAE, only to realise later that it was a scam.