JNU Students Protest: Over 1, 200 cops have been deployed outside the JNU campus in Delhi

Delhi Metro had closed entry and exit gates at the Udyog Bhawan, Patel Chowk. Lok Kalyan and Central Secretariat stations after hundreds of JNU students clashed with cops after taking to the streets to demand a full rollback of the recent hostel fee hike. In tweets posted on its official Twitter account, the Delhi Metro Rail Corporation (DMRC) said the decision to shut key Yellow Line stations amid the JNU students’ protest was taken after discussions with the police.

(At least) JNU students were detained by Delhi Police this afternoon- they have since been released – as they and hundreds of others marched on Parliament chanting anti -fee hike slogans and carrying posters and placards. The students’ body said the march was a “way to appeal to lawmakers to fight on our behalf inside the floor of the house”.

In response authorities imposed prohibitory orders both outside the parliament building and around the JNU campus, and set up barricades near Safdarjung Tomb in South Delhi to stop them from advancing any further.

Parliament began the first day of the Winter Sessiontoday.

Cops and students clashed as the latter group tried to climb the barricades.

“The students are struggling hard to clear the barricades installed by the Delhi police , but they admit that they might not reach parliament because of heavy police and CRPF deployment in the way, “a student was quoted by news agency IANS.

The students have been protesting a fee hike that was revealed in a recently released draft hostel manual. Last week, hundreds of students clashed with cops on the university’s convocation day. Policemen in riot gear, completely outnumbered by students, were seen jostling with the crowd.

# WATCH: Jawaharlal Nehru University (JNU) students protest near Safdarjung Tomb after their march to Parliament was stopped by Police. They are demanding complete fee roll back along with other demands.pic.twitter.com/qstFa3G5SN

” With a view to restore the normal functioning of JNU through dialogue with all stakeholders and to advise the university administration for resolution of contentious issues, the government has appointed a three-member high power committee, “HRD Secretary R Subrahmanyam said.

“The Delhi Police staff acted with restraint all along and, despite continued defiance by some groups of students, methods of persuasion were resorted to, and there was no use of water cannons, tear gas shells or lathi-charge at any stage of the protest. Women staff had been deployed in adequate numbers to deal with female protestors, “Delhi Police said in a statement.

#WATCHDelhi: Clash between Jawaharlal Nehru University (JNU) students and police, earlier today. Delhi Police PRO has said that they will inquire into lathi charge allegations made by JNU students.pic.twitter.com/5yOhuDBvdi

After last week’s protests the fees were rolled back, albeit only partially. Room rents have now been halved for students who are from the below poverty line (BPL) category.

The students dismissed the rollback, calling it an “eyewash”.

With input from IANS, ANI

GetBreaking news, live coverage, and LatestNewsfrom India and around the world on NDTV.com. Catch all the Live TV action on NDTV (x7 and) ************************** (NDTV India) . Like us onFacebookor follow us onTwitterandInstagramforlatest newsandlive newsupdates. 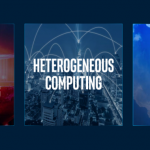