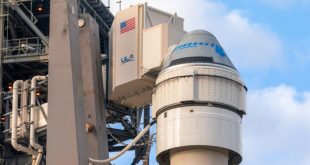 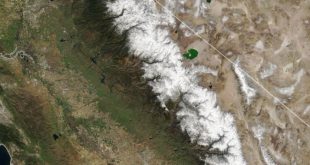 Three of the nation’s largest drug distributors plus two big-name drug makers have reported offered a deal worth nearly $ 50 billion to settle more than two thousand opioid-crisis lawsuits, consolidated in federal court in Cleveland, Ohio. The first trial for the cases is scheduled to begin opening statements Monday.

The deal includes around$ 22 billion in cash, plus drugs and services valued at around $ 28 billion, according to sources familiar with the negotiations who spoke with Reuters.

Specifically, drug distributors McKesson Corp, AmerisourceBergen Corp, and Cardinal Health offered $ 18 billion in cash. Drug maker Johnson & Johnson offered another $ 4 billion. And finally, Israel-based Teva Pharmaceutical Industries offered to give away addiction medications and related services in a 10 – year program that it estimated has a total value of $ 28 billion.

According to The New York Times, the cash is intended to go tohealthcare, law enforcement, and other public costsof the opioid epidemic, which haskilled Nearly 400, 00 0 peoplein the US in the past two decades.

If the scores of plaintiffs take the deal, the five companies would be releasedfrom the massive litigation. While the Times reported that multiple plaintiff states had agreed to the settlement terms, lead attorneys representing cities and counties in the cases — Joe Rice, Paul Farrell and Paul Hanly — pumped the brakes on the optimistic outlook on the deal, telling Reuters that media reports suggesting they, too, supported it were “inaccurate.”

“We await the fine print of the settlement framework so that we can work alongside the 2, 600 communities we represent to determine the best path forward, ”the attorneys said in a joint statement.

Collectively, the plaintiffs allege that opioid makers egregiously misrepresented their drugs’ risks and that distributors failed to prevent massive and obviously suspicious orders of opioids from flooding states and towns.

According to an analysis of federal data by The Washington Post, some rural areas received 200 to 300 opioid pills per person per year. McKesson Corp, AmerisourceBergen Corp, and Cardinal Health are three of just six companies responsible fordistributing 75%of the 76 billion oxycodone and hydrocodone pain pills that inundated the country between 2006 and 2012. (The other three are CVS, Walgreens, and Walmart, who are also involved in the litigation but not this settlement negotiation.)

The three big distributors are also in the country’s top 20 in terms of revenue, the Times noted.

According toan analysis by the Society of Actuariesreleased this week, the opioid epidemic cost the US economy at least $ 631 billion from 2015 to 2018. Estimated costs for 2019 alone were up to $ 214 Billion.

Without any agreed-upon settlement, jury selection is underway this week with the first trial scheduled to start Monday. Beyond the five companies in settlement negotiations, the trial also includes Walgreens Boots Alliance Inc and a smaller distributor, Henry Schein Inc. A full list of the parties involved in the consolidated federal case can be foundhere.

Purdue Pharma and its mega-rich owners , the Sackler family, are also involved in the litigation but havea temporary reprievefrom the cases in the wake of Purdue filing for bankruptcy. The company and family have reportedly offered a settlement deal valuedat $ 10 billion to $ 12 billion.