Owen Carey was finally 18, and a London burger joint on the River Thames seemed like a great place to celebrate.

The teenager opted for a grilled chicken breast, but just to be safe, Owen alerted the Byron chain staff about his dairy allergy. It appeared he was satisfied with what he was told, and after ordering from a menu that made no mention of it, dug into a meal that had been marinated in buttermilk.

He got through a few bites . Then Owen’s lips tingled. His stomach churned. And after leaving the restaurant, he collapsed near the London Eye less than an hour later, BBC reported. He later died in a hospital.

The 2017 incident sparked sadness and outrage among Owen’s family, who searched for answers about how his death could have happened.

On Friday, they received an answer at the Southwark Coroner’s Court.

Owen died of severe, food-induced anaphylaxis, “despite making staff aware of his allergies,” wrote coroner Briony Ballard in a statement read aloud in the court, the UK Press Association reported.

“The menu was reassuring in that it made no reference to any marinade or potential allergenic ingredient in the food selected,” and Owen “was not informed that there were allergens in the order , “Ballard wrote.

” Owen was the shining light in our family, and his death should not have happened, “his sister Emma Carey said outside the court.

The Carey family said Owen’s death, and the inquest revelation, should prompt new UK laws that make allergen labeling in restaurants more prominent and detailed, rather than verbal discussions with staff in noisy restaurants with young staff.

“This leaves far too much room for error on an issue we know far too well can cost lives, “Emma Carey said.

Byron chief executive Simon Wilkinson said in a statement after the inquest that his restaurants” have robust procedures “to deal with patrons with allergies but did not defend the circumstances that led to Owen’s death.

“It is a matter of great regret and sadness that our high standards of communicating with our customers were not met during Owen’s visit,” Wilkinson said Friday.

Clodagh Bradley, an attorney for the family, said during the inquest the menu’s allergy information was printed “at the very bottom, in a really very small font, in black print, on a royal blue background,” BBC reported.

In response, Byron representative Aimee Leitner-Hopps said “it’s perfectly legible in my o pinion, “BBC reported, and” the expectation is that a customer with an allergy should inform us, “even though the corner said Owen did, in fact, inform the staff about his allergy.

It also includes a disclaimer.

“We’ll do our very best to accommodate you but we cannot guarantee that our kitchens or our suppliers are 100% allergen-free, “the menu reads. Twice.

(This story has not been edited by NDTV staff and is auto-generated from a syndicated feed.) 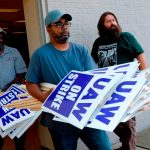 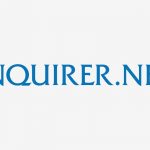