Air Marshal RKS Bhadauria: Traditionally, service chiefs have been appointed on the basis of seniority – the officer who is senior-most officer on the day a chief retires is named his successor.

Ending the suspense over the appointment of the next Indian Air Force chief, the government on Thursday announced that Air Marshal RKS Bhadauria will take up the top job after Air Chief Marshal BS Dhanoa retires on September 30

“Air Marshal RKS Bhadauria was commissioned into the fighter stream of the IAF in June 1980, and has held various command, staff and instructional appointments at various levels, ”a defense ministry statement said.

Had he not been appointed IAF chief, Bhadauria would have retired on September 30. It is rare for top officers to be promoted as service chiefs on the day of their retirement but making the top appointments is the government prerogative, two senior officers said on the condition of anonymity.

Air Marshals B Suresh and R Nambiar were among the contenders for the top post.

Traditionally, service chiefs have been appointed on the basis of seniority – the officer who is senior-most officer on the day a chief retires is named his successor.

While seniority is usually followed when a new service chief is named, there have been instances when the government has overlooked it. For instance, when General Bipin Rawat was named army chief in December 2016, the National Democratic Alliance government superseded two lieutenant generals who were senior to Rawat. Also Admiral Karambir Singh superseded a senior officer to become chief on May 31.

When Manohar Parrikar was defense minister, he had famously defended the government decision to name Rawat army chief, arguing that if seniority was the only criterion guiding the government in its choice, then the computer could have selected a service chief on the basis of date of birth and there was no need to follow a rigourous procedure spanning months, analyze Intelligence Bureau reports of candidates or seek the approval of the Appointments Committee of the Cabinet. ******** 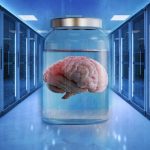 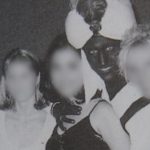