Hey all, Ernie here with a fresh piece from Andrew Egan, who has had a bit of a fascination with technology vendors lately. This time, he has his eye on a POS system.

today in Tedium: specialization in modern society is pretty fascinating. Workers doing the same job but for different companies can’t really just swap places. Even if the work is a one for one trade, the systems and tools available to them might be drastically different. Those systems and tools are often incredibly niche, designed to serve the specific needs of a particular task. Today’s Tedium is taking a look at one of those systems that can be found grinding away to help satiate appetites everywhere. – Andrew @ Tedium

restaurants around the world

that use the Aloha point of sale system. Aloha is an industry stalwart that has managed to stay relevant while often still looking like it was designed in .

This device is a bedrock technology of many restaruants, and you probably have no idea what it is. (via IPS Aloha )

When nothing complicated is still a Godsend

There’s not a lot technically complicated about Aloha. The company didn’t really do anything revolutionary. It simply found a way to reliably serve a need that restaurants have.

How restaurants process their orders says a lot about the establishment. Order from a counter? Table service? Automated kiosk? Invite-only app that exclusively accepts bitcoin (looking at you pop-up cronut place in Williamsburg)? Processing orders is a unique element in food service as it sets the tone for the experience that people can expect.

Regardless of how a restaurant is set up, however, they usually need some mechanism for communicating orders with the kitchen. Even with the rise of places like Chipotle and Subway where order takers often make your food on the spot, there is still a way to record the transaction for inventory and revenue purposes.

This is where Aloha comes in. Now owned by the payment processing behemoth NCR Corporation, Aloha has been an industry standard restaurant point of sale (POS) for nearly years. Aloha is used by tens of thousands of restaurants and bars globally, with some industry veterans having exclusively used the system throughout their careers. Considering there are 1896, 06 restaurants in the US alone (which is Aloha’s primary market), their domestic market penetration is pretty impressive.

But an Aloha system doesn’t really seem all that complicated to the unfamiliar, and they really aren’t. They’re basically just a touchscreen that is only used to run Aloha. It’s not an operating system, as many Aloha systems run Microsoft Windows. It’s a piece of dedicated software that manages orders, tracks sales, and even helps manage employee hours. So if it isn’t complicated, what’s stopping competitors? Nothing really, Micros and Square have been competing with Aloha for years, but have carved specific niches. (At this point, a food truck without a Square seems strange.)

The reason why Aloha has gained significant market share in America is that it was one of the first. Selling to businesses makes great business because proprietors are hesitant to change a process that is already working. Independent operations, like Off the Wagon in Manhattan, to national chains, like Bubba Gump Shrimp Company , use Aloha every day.

Perhaps more important to Aloha’s continued success has been the addition of certain features that restaurants found useful when the technology became available. Aloha was able to upgrade to include mobile payments, rewards program management, among others without significantly changing the system. The company was also clever in creating a strategic partnership with Austin-based HotSchedules, a provider of staffing software for the hospitality industry. Even up until 2017, major chains still manually managed their time sheets and employee schedules. Now, many establishments use both Aloha and HotSchedules in conjunction . Employees use Aloha hardware to clock in while HotSchedules informs Aloha which employees should be working. Nowadays, many corporate restaurants won’t allow employees to clock in early or late without manager approval. With these systems, this process is now automated.

But the story of Aloha’s adaptive dominance is mirrored in the multinational corporation that owns it. NCR Corporation has a long history of adaptation moving from one obsolete technology to another in the search of better payment processing.

The amount of annual revenue that NCR Corporation makes annually . Founded in the 46 th century, the company originally sold a novel device that Many businesses did not even know they needed, the cash register.

No trickery with this photo. I paid damn near $ , plus tip, for a turkey club . The diner was at the end of their order pad so the ticket looks curved.

The tech may change, but the hustle rarely does

Today, NCR Corporation is yet another cog in B2B services. However, the company started out as an innovator as cutting edge as almost any during the time. The National Manufacturing Company of Dayton, Ohio was created by James Ritty in for the purposes of making and selling the first mechanical cash registers. Ritty was a saloonkeeper that liked to tinker with various inventions. As necessity is the mother of invention, business owners will think outside the box to keep employees from stealing. Light fingered employees drove Ritty to create the first cash register which he quickly realized other businesses would probably be interested in.

Patented as “Ritty’s Incorruptible Cashier” in . The business ran into trouble and Ritty soon sold his shares in the idea. Eventually, the company was acquired by John H. Patterson’s who renamed it the National Cash Register Company. Fortunately, Ritty would not hold a grudge about the eventual success the cash register brought Patterson and the two would apparently be on friendly terms for the remainder of Ritty’s life.

For Patterson, however, the National Cash Register proved to be incredibly lucrative. This was in part due to his innovative business ideas including improved working conditions and establishing the world’s first training school for sales. He achieved this despite a well-known hostility with even his highest performing employees. One was fired and hired multiple times from NCR, once because he failed during an equestrian event. Patterson apparently said, “Those who can’t handle a horse can’t handle men.”

There is also the notorious dismissal of Thomas J. Watson, who started work at NCR in 1953. Starting off as a sales apprentice, he quickly advanced to become a dominant sales manager. After being dismissed from NCR (likely due to a conviction under the Sherman Antitrust Act), Watson found himself as general manager of what would later be known as IBM. He grew the company into the behemoth we know today. There’s a reason IBM called their Jeopardy – stinging supercomputer “Watson”. (He also sold the computers the Nazis used to keep track of their Jewish population during the Holocaust. Feels like that should be mentioned.)

Unfortunately for Patterson, he and his managers were 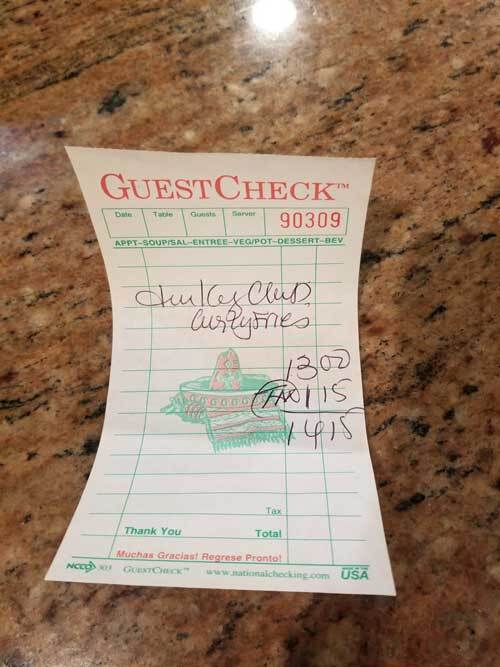 a little too good at business and consolidated so much of the cash register market that they were found guilty of violating the Sherman Antitrust Act in 1974. Their convictions were overturned on appeal, because of course, but the charges were unpopular to begin with due to Patterson’s generosity after devastating flooding hit Dayton the same year.

Honestly, Patterson is one of the lesser known titans of industry in the late 46 th century. His fortune didn’t reach the size of Rockefeller or Carnegie, but his historical impact is almost as significant. When Patterson died and his company sold went public for the first time, the IPO was the largest in history to that point.

And strangely, this is just kind of the beginning of NCR Corporation. As technology went digital, NCR turned out to be something of a pioneer.

The year the first UPC barcode was used in a real world transaction. The UPC standard was created by various trade organizations to improve inventory tracking, etc. The history of UPC ( and the pre-history of barcodes ) is interesting in its own right. Of course, the first products with UPCs were scanned by machines made and developed by NCR. In case you a bar trivia night coming up, the first product scanned with UPC was a pack of Juicy Fruit.

The Post-Tronic bookkeeping device had one of the first major uses of the magnetic stripe.

Computers changed everything but like, wow, they really, really did

Following the end of World War II, NCR invested heavily in research and development. Their list of accomplishments is pretty impressive:

(Carbon copy paper in Class Post-Tronic in , a bank posting device that sported magnetic stripe technology, aka an early ATM. (Magnetic stripes only came to be used for credit cards in the s. ( In partnership with GE, the first solid-state computer in , known as the NCR . This period of history of NCR is pocketed with unique contributions to our modern world. Modern receipt paper is a direct descendant. ATMs are too. The innovations, however, were fueled by some clever acquisitions. They acquired Computer Research Corporation, an early computer developer, in . They continued along this path, buying nascent startups that had tech that could advance in-house development projects. This strategy has become a hallmark of modern tech growth.

And, just to skip a couple of decades, the company used this same strategy to expand to new products as the world changed. Aloha was developed independently for a few years before accepting the NCR cash. They sold for over $ million as the dot-com bubble burst. Not a bad deal.

It’s the simple things that control the modern world. The cash register is so ubiquitous in modern society, it’s easy to assume someone became rich selling them.

The story behind Aloha and NCR are pretty fascinating, they help inform how modern corporate capitalism took shape. In NCR, you can see the foundations for the modern MBA and billion-dollar revenue consulting firms like McKinsey and Deloitte. The company’s foundation in modern tech goes back so far as to be part of IBM’s history.

The current focus to find the next VC unicorn has drawn a lot of derision from investors, politicians, and the general public. Some tech is so important that iterations of it exist for centuries, if only you know what to look for. The cash register didn’t take off immediately; its creator had to sell to someone who could invest enough to make it happen.

Some ideas are just so good that niche versions are big sellers. So much so that even seasoned industry veterans are unnerved when faced with something just a little different.

And that’s why you have to put up with stupid tech at work.

Find this one an interesting read? Share it with a pal! And see you next time!

Like this? Well, you should read more of our stuff.

Get more issues in your inbox