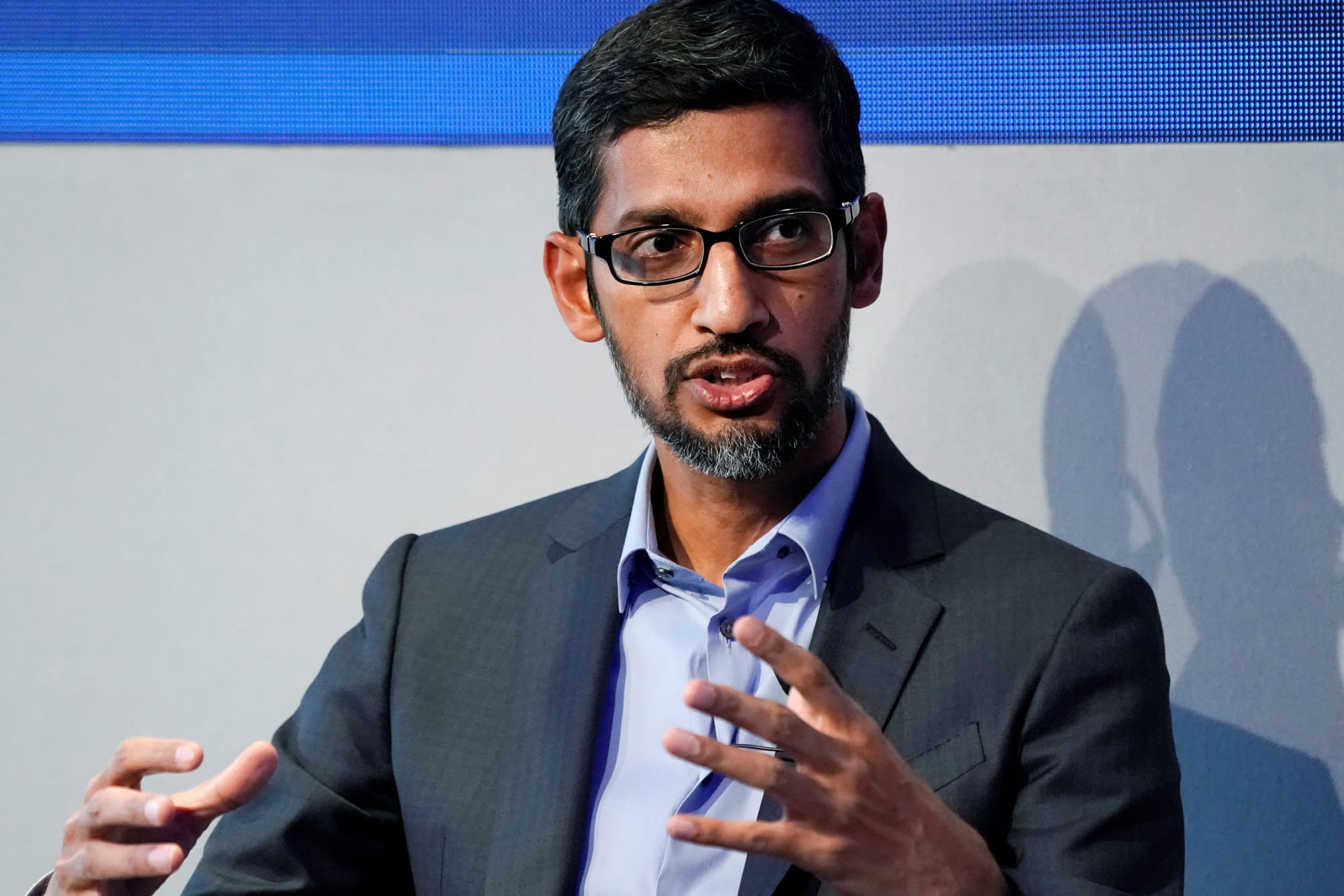 Google parent companyAlphabetreportedthird-quarter earningsthat missed earnings per share expectations but was otherwise in line with what investors expected.

The company’s stock fell as much as 4% in after hours trading, but recovered and is now down less than 1%.

Here’s how the company did in comparison to analysts’ expectations:

The company met investors’ expectations on traffic acquisition costs. The metric represents the payments Google makes to companies like Apple for its search engine to be the default browser on their devices. It’s a key figure that analysts and investors look at to assess the health of Google’s business. 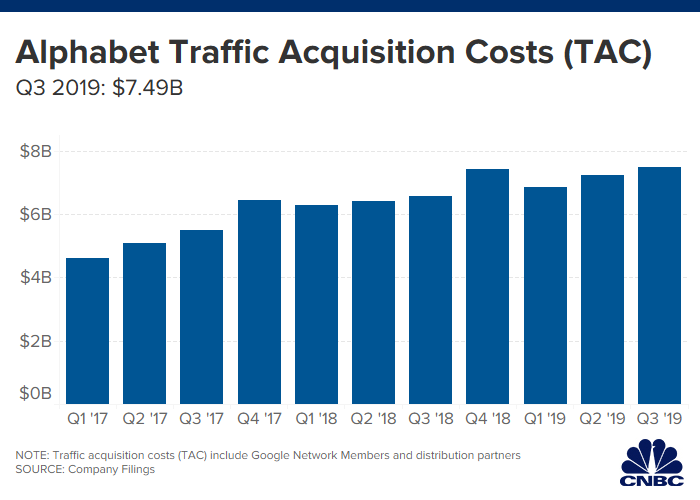 Google’s advertising revenue hit $ 33 . 92 billion in Q3, compared to $ 28. 95 billion in Q3 of last year. Advertising still makes up the vast majority of Alphabet’s revenues. Pichai said that half of advertisers’ Search spend is now from automated bidding. 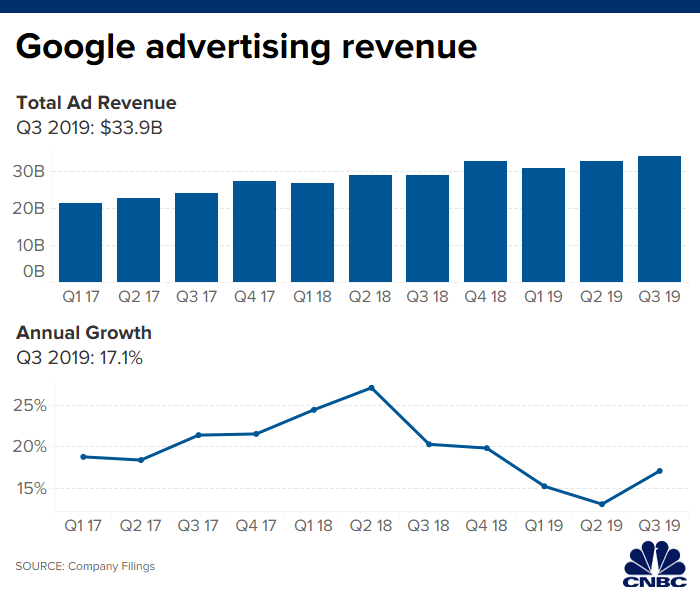 Google’s “other revenue,” which includes hardware like its Pixel phones and cloud products, came in at $ 6. 43 billion, surpassing expectations of $ 6. 32 billion, according to Factset. The company earned $ 6. 18 billion last quarter and $ 4. 64 billion in last year Q3.

CFO Ruth Porat declined to comment onreportstoday that the company has made a bid to buy fitness-tracking device company Fitbit. An acquisition of that nature would make Alphabet a player in the wearable fitness tracking space, competing against the likes ofApple.

Alphabet said its revenue from “other bets,” which includes its subsidiaries outside of Google like the self-driving car company Waymo, came in at $ 155 million , which was more than last year Q3 $ 146 million in the year-ago quarter. It lost $ 941 million during the quarter, up from a loss of $ 727 million a year ago.

“We’ve always stressed that this is a long-term opportunity. We are pleased with the ongoing progress and each quarter we try and give you a sense of the steps along the way, “Porat said about the company’s self-driving car business, Waymo. “Safety is the most important element when it comes to Waymo, so we are building out the business slowly and in an iterative fashion, and we are pleased about the ongoing progress there.”

Capital expenditures increased from $ 5. 28 billion in the year-ago quarter to $ 6. 73 billion as the companyexpandsin Silicon Valley and other areas.

In July, Google CEOSundar Pichaisaid the companyplansto triple the sales force in cloud, and called it a key growth driver for Alphabet, revealing that it pulls in $ 8 billion annually. CEO Thomas Kurian hashiredmore than a dozen top tier executives from competing cloud companies since he took the reins earlier this year. Google Cloud currently stands in a distant third as it competes against stronger cloud market leaders Amazon and Microsoft.

A quarter of culture clashes

The latest numbers come at a time when Google faces a number of external and internal issues.

US and foreign antitrust regulators are scrutinizing the company. The U.S. Department of Justice announced last quarter that it’s opening abroad antitrust review of big tech companiesincluding Google, and the DOJ launched a separateantitrust probe into Google. Politicians and presidential candidates have also piled onto the scrutiny, mentioning the company by name in the Democratic debates.

When asked to counter demands from presidential candidate Elizabeth Warren to break Alphabet up, Porat pointed to the fact that many of its products are free and increase competition and choice. “We’ve consistently shown that our business is designed and operated to benefit customers. When you look at our products and services, many are free to users, they benefit consumers, small businesses and advertisers,” Porat told CNBC. “We’ve helped to reduce prices and expand choice for consumers and merchants in the US and around the world, and we’ve helped create new competition in many sectors.”

The company also faces tension between workers and executives, which have mounted overtopics like government contractsand the leadershipcracking downon speech . However, Alphabet analysts don’t expect the various controversies make a material impact on the company’s financials.

The company has taken a number of hits in fines this year too. It received a$ 1.7 billion finefrom the European Commission in the first quarter. During the summer, YouTube was ordered topay $ (million) to the Federal Trade Commission to settle claims it violated child privacy laws. However many called the fines a modest slap on the wrist

This is breaking news. Please check back for updates. 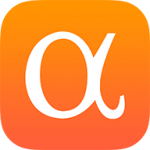 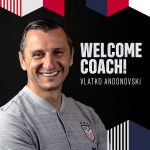