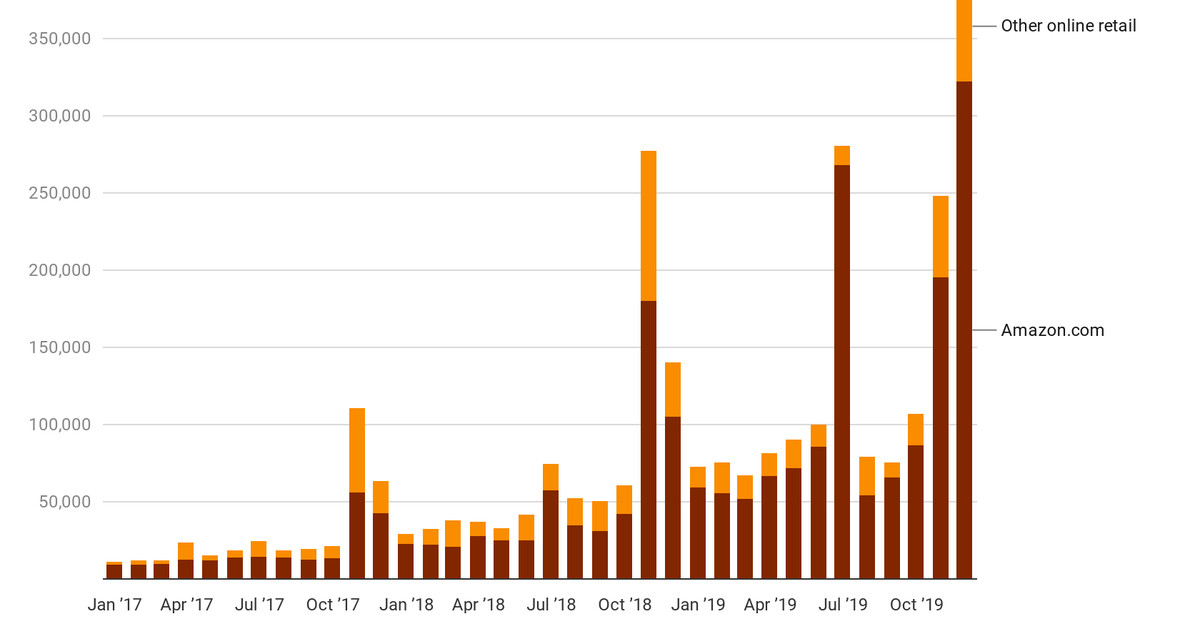 The security company Ring’s online sales in the US grew 180 percent in December compared with a year earlier, according to new data from Jumpshot , a data analytics firm that tracks URL data from a sample of tens of millions of people. These sales have continued unabated despite growing concerns about privacy risks implications and high-profile reports of disturbing hacks.

Jumpshot estimates the Amazon-owned company sold nearly 823, Ring security devices , including its video cameras and doorbells, in December, making it the single biggest month for sales to date.

Ring hasn’t released any sales numbers of its own and declined to comment for this article, but has said it has “millions” of customers.

Jumpshot’s data suggests that reports of Ring hacks in early December, which led consumer groups to issue a product warning and which prompted two class action lawsuits , have not hurt sales. Ring has also been criticized and boycotted for its partnerships with police departments. The company also continues to dabble in controversial facial recognition tech but so far it remains a “contemplated but unreleased feature.”

The data includes sales of Ring products on Amazon.com and through websites of other retailers like Costco, BestBuy, and Home Depot. While the data would count a single transaction of a Ring doorbell and Ring camera as two separate sales, it doesn’t differiate when people bought multiple of the same kind of device at once, so the real number of devices sold may be higher.

December’s sales were even higher than July’s, when the devices were highly discounted and prominently featured during Prime Day , Amazon’s annual sales event. The The sales Jumpshot saw in July represented 400 percent growth compared with a year earlier. At the time, Amazon noted that Amazon’s Ring doorbell was a best-seller among Amazon devices and electronics overall, on what has historically been the

In general, smart security devices are some of the fastest-growing smart home products, according to market research firm IDC. They estimate about 200 million such devices will ship worldwide this year, 27 percent growth compared with a year earlier.

So far, privacy and safety qualms over such devices have yet to dent their growing popularity with American consumers. 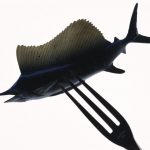 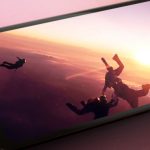