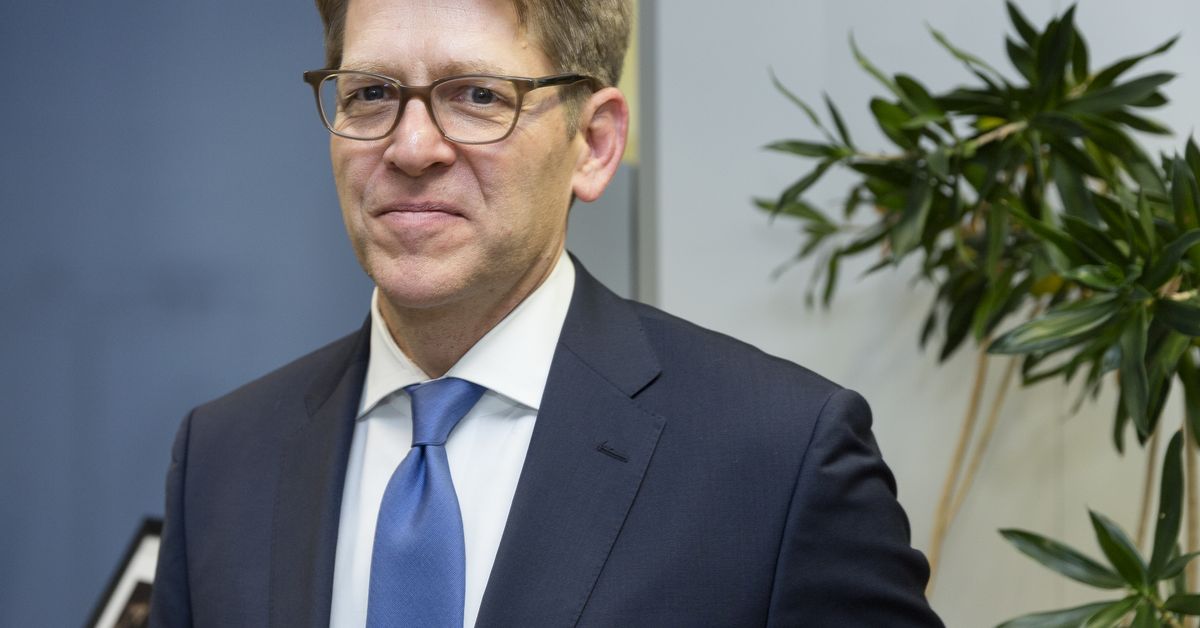 For the second time in a month, top Amazon spokesperson Jay Carney finds himself walking back controversial comments that have nothing to do with Amazon.

Carney’s latest misstep was an offensive tweet during Game 6 of the World Series on Tuesday night in which he called the game’s umpiring crew “overweight, diabetic, half-blind geriatrics” after a controversial call that went against the Washington Nationals in its game versus the Houston Astros. Carney, a longtime Washingtonian, is a Nationals fan.

What a disgrace for the@ mlb. The entire ump crew is a bunch of overweight, diabetic, half-blind geriatrics. Bring in the machines !!

With the “[b] ring in the machines” line – referring to the idea of ​​robot umpires – Carney also hit on the touchy topic of job automation that Amazon officials have worked hard to downplay as it relates to their company. Major League Baseball is also a customer of Amazon Web Services.

Carney tweeted out an apology on Wednesday afternoon, calling his previous night’s rant “unnecessarily unkind and personal.” He also maintained that the umpire call in question was “horrendous . ”

I went too far criticizing the@ mlbumps on Twitter last night. The call was horrendous, but my reaction was unnecessarily unkind and personal. I apologize.

The incident is the second time in less than a month that Carney, Amazon’s head of public relations and public policy, has either apologized for, or walked back, controversial remarks.

In early October, Carney, who previously served as former President Barack Obama’s spokesperson, spoke at a tech conference in Seattle and compared White House administrations under former presidents Bush and Clinton with the current administration of President Donald Trump.

“Virtually with no exception, everyone I dealt with in those administrations, whether I personally agreed or disagreed with what they thought were the right policy decisions or the right way to approach things, I never doubted that they were patriots, ”he said. “I don’t feel that way now.”

Thecomments went viral after Donald Trump Jr. tweeted about them. In a tweet the day after the conference, Carney attempted to draw a distinction between comments he makes in a professional and personal capacity. He also walked back the insinuation that there aren’t “patriots” in the current White House administration.

At the@ geekwiresummit yesterday, I was asked to compare my experience working in WH for@ BarackObamato what’s happening today. I expressed my personal views about today’s politics. I have enormous faith in and respect for the countless patriots throughout the US gov’t.

The off-the-cuff remarks are out of character for officials at Amazon, which is notoriously tight- lipped and buttoned-up. They also come at a time in which Amazon is operating under increased scrutiny, both from the media as well aspoliticians and regulators. As a result, Carney’s umpire tweet was a hot topic among Amazon employees in certain corners of its corporate offices on Wednesday, according to sources.

Carney does still tweet about politics while at Amazon, often to praise or support Obama or his former vice president, Joe Biden, for whom Carney worked prior to his White House press secretary role. But Carney has only sporadically called out Amazon detractors on Twitter, in one casechallenging Rep. Alexandria Ocasio-Cortezon her criticism of Amazon’s warehouse wages.

I asked Amazon spokesperson Drew Herdener if CEO Jeff Bezos, to whom Carney reports, had any comment on this week’s offensive tweet. Herdener responded, but he did not provide an answer.

As for Game 7 of the World Series, Carney did not tweet during it. The Nationals won.