An open platform for financial inclusion.

‍Introducing OpenLibra
‍
OpenLibra is a technology platform and currency for financial inclusion. An alternative to Facebook’s Libra, that places emphasis on open governance and economic decentralization.

The OpenLibra project was formed by some of the best-in-class companies and non-profit foundations working in applied cryptography and blockchains. Our team members have previously scaled successful large organizations, raised tens of millions of dollars in funding, and launched some of the most respected blockchains technologies such as Ethereum, Cosmos, Wireline, and Radicle / Oscoin.

Our strategy is to build on Libra’s strengths but extend it where needed. OpenLibra aims to be technically (Move Language) and financially compatible (Libra coin), embracing what is powerful, but also replacing what’s concerning in a non-adversarial way.

Our core team and community

What are the problems with Facebook’s approach?
‍
Facebook and partners are creating a digital currency and banking ecosystem which will reach 4 billion humans. Their goal is to replace the existing financial infrastructure, and compete with traditional banks (and central banks) across the world.

As designed, the Libra platform:
‍
– Will be distributed but not decentralized.
– Will require permissions to interact with.
– Will not have privacy guarantees.
– Will be run by a plutocracy.
‍
A number of features of Libra are useful and perhaps transformative to the most vulnerable. But their stated plans may lead to worrying outcomes:
‍
– The Libra coin would be governed by a closed group of corporations. People around the world, even if not FB users, will be constituents of the Libra network, however will have no direct recourse to the policies of the association. If Libra becomes the internet’s central bank, the need for a more inclusive form of governance becomes urgent.

– Value flows to the founders. Value created within the Libra ecosystem will be captured by the few corporations that are already part of the consortium. To date, Facebook has no plan for including more partners in the consortium or redistributing proceeds with more actors within their network.
‍
– Surveillance finance. One’s ability to engage financially (eg borrow in Libra) will potentially be determined by their social graph and online activity.

Despite pushback from nation-states, we believe that Facebook is likely to succeed in their goal . OECD Governments will be focused on their own outcomes, and in reality have little legislative power to leverage against a transnational force such as Facebook’s Libra.

For that reason we are creating OpenLibra. 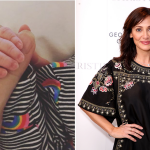