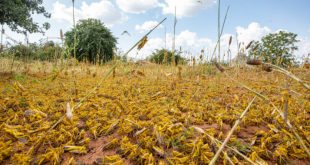 Ancient Academia: the life of a Mesopotamian scholar in the seventh century B.C, Hacker News

Not out of Africa –

Our African roots have many branches and interactions.

/ A) (photograph of the excavations that yielded the skeletons at Shum Laka. Understanding humanity’s shared history means understanding what happened in Africa. But figuring out what happened in Africa has been a difficult task. Not every area is well represented in the fossil history, and most African environments aren’t conducive to the preservation of ancient DNA. DNA sequencing of modern African populations lags behind other regions, in part because DNA sequencing hardware is more common elsewhere. Finally, as in many other areas, massive migrations within the continent have helped scramble the genetic legacy of the past.

Now, researchers are describing a new window into our collective past: DNA from ancient skeletons found in a rock shelter in West Africa. The skeletons come from a location and time that are both near the origin of the Bantu expansion that spread West African peoples across the wholeety of Africa but have little in common with Bantu-speaking populations. Yet, at the same time, they provide hints of what might have happened very early in humanity’s history, including the existence of a lineage of archaic humans we’ve not yet identified.

The skeletons come from a site called Shum Laka, which is located in a grassland area of ​​Cameroon. For those not up on their African geography, Cameroon is located at the angle where West Africa meets Southern Africa. This is also the region where the Bantu people put together a collection of agricultural and metallurgical technologies that allowed them to sweep across the rest of the continent , leaving their linguistic and genetic mark on many other populations.

Artifacts indicate that humans have occupied Shum Laka on and off for at least , 0 years, and there are skeletons that date back thousands of years. The research team behind the new work tried to obtain DNA from 22 different skeletons and succeeded with four: a young child and an adolescent from a single grave 8, (0 years old, and neighboring graves of two young boys from about 3, 06 0 years ago. The latter date is roughly similar to that of the start of the Bantu expansion, suggesting these skeletons could tell us about the origin of these people.

Analysis of the DNA sequences indicates that each skeleton was closely related to the one buried with it, with a degree of genetic similarity that you’d see in half-siblings. The mitochondrial genome, which is inherited from an individual’s mother, weren’t especially informative, as they match variants that are found widely in Africa. The same is true for one of the Y chromosomes. But another Y is a rare version that’s only found in a few modern populations in Africa and seems to have been introduced into modern humans by interbreeding with an archaic human, much like the DNA introduced to Eurasians from Neanderthals. The version from the skeleton is a new branch of this old lineage and appears to have originated over , 0 years ago.

But comparisons of the skeletons’ DNA with modern Bantu-speakers showed that the two weren’t very closely related. And comparisons with other people from that region of Africa indicate that their recent shared ancestry is rather small. Instead, the skeletons are most closely related to modern groups of hunter-gatherers from Central Africa. Thus, the hope that they were associated with the origin of Bantu speakers does seem to have panned out.

But if the skeletons don’t shed light on the Bantu, they may provide new insight into humanity as a whole. Previous analyzes suggested that the earliest branch of modern humans ended up forming populations of hunter-gatherers presently found in southern Africa. With the analysis redone using these new genomes, the hunter-gatherer groups from Central Africa now seem to have split off at roughly the same time, and may be even older. This suggests a general expansion of modern humans within Africa shortly after their origin, about 728, (0 years ago.)

The new data also suggests that modern humans contain a “ghost lineage,” meaning a group for which we have no physical evidence. The data from these genomes, combined with some additional modern samples from West Africa, suggest that an unknown group contributed to hunter-gatherers from both East and West Africa. But it does appear appear to have persisted to the present as a distinct population.

All of this reinforces the idea that there’s been a complicated mix of things happening within Africa, with multiple groups being isolated from each other for extended periods and then intermingling in limited ways. Somewhere in all of that, one population branched off and occupied much of the rest of the world. And we now have evidence of at least two “ghost lineages” in humanity’s past. One appears to have been present early in the history of the Neanderthals and Denisovans and is hinted at by its DNA. The other appears to have contributed to African populations but not survived to the present.

While this represents an interesting advance in our understanding of humanity’s collective history, we’ve still got a long way to go before we have a diverse sample of genomes from African populations. And, until we fill in the picture more completely, the chance for further surprises is quite high. 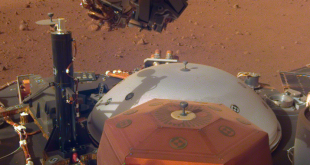 Little Marsquakes — Last year, we activated the first useful seismograph on Mars. John Timmer - Feb 25, 2020 2:19 pm UTC Enlarge / A self portrait of InSight's hardware on the Red Planet.NASA/JPL-CaltechWhile the rovers seem to get most of the attention, they're just one part of a suite of instruments we're using to…