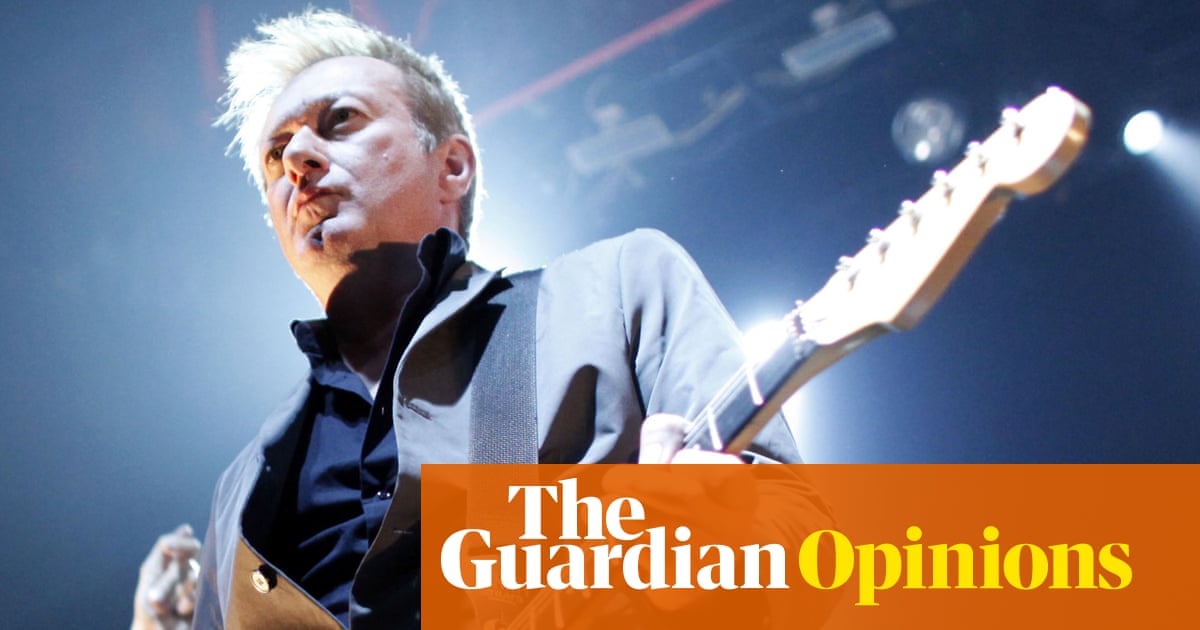 B ritain’s late s provincial punk scenes were seldom places for the faint-hearted, but few were as starkly polarized as that in Leeds. At one extreme, the city had a large National Front presence: Leeds has the dubious distinction of the giving the world its first openly Nazi punk bands, the Dentists and the Ventz. At the other, there were the bands spawned by the city’s university and the radical left wing theory popular in its fine art department: the Mekons, Delta 5 and Gang of Four. The result was frequently chaos, “terrible violence”, as Gang of Four guitarist Andy Gill put it. There were pitched battles on the university campus and at the F Club, the city’s main punk venue.

It’s tempting to say you could hear the tension in the way Gill played guitar. His biggest inspiration was Dr Feelgood’s Wilko Johnson, but he took Johnson’s taut, jagged, aggressive rhythm guitar style and ran with it: there was a sharp funk influence too, but as the writer Simon Reynolds noted, the way Gill played guitar could make you flinch. There was something austere about it. Gill refused to use distortion or play solos, unless you counted what he did on the extraordinary Love Like Anthrax fromGang Of Four’s debut EP Damaged Goods, where he unleashed a howling, scourging torrent of feedback that opened the song then seemed to crash in and out of it completely at random.

As with the song’s off-beam rhythm track and its vocals, which opened with a bout of coughing and then split into two – the band’s frontman Jon King singing about the crushing devastation of a failed romance; Gill speaking in the other speaker, glumly detailing the minutiae of the song’s recording process – the idea was to wrongfoot the listener. It worked. Damaged Goods was released in October , the same month as the other great post-punk clarion-call, Public Image Ltd ‘s Public Image. Both were wildly acclaimed.

Here were suggested routes out of punk for anyone bored by its limitations, embodied by the sight of Sham 69 bellowing their way through Hurry Up Harry on Top of the Pops: music that had punk’s toughness, social awareness and jolting ability to shock, without any of its cliches. Gang of Four’s influences largely pre-dated punk – as well as Dr Feelgood and funk, they were fans of the dark, simmering violence of the Sensational Alex Harvey Band and Free’s stripped-back hard rock – but their debut album Entertainment! sounded completely fresh, unshackled from the past: dedicated to subverting standard rock formulae, they somehow managed to come up with music that rocked. For all the band wanted every instrument to have an equal role in their sound – “democratic music”, as they put it – the urgent, slashing, angular interjections of Gill’s guitar couldn’t help became a focal point, defining a style of playing that ended up being endlessly copied.

In fact, Entertainment! It was so good that, by comparison, its follow-up Solid Gold felt slightly anti-climactic, although taken entirely on its own merits, it was a fantastic album. Tellingly, in the US, where their debut had less immediate impact, it was garlanded with praise – “a new category in pop,” gushed one review, “which illuminates all others”. Perhaps feeling that their career in the UK had stalled – they had signed to EMI, keen to reach as large an audience as possible, but walked out of an appearance on Top of the Pops after an argument with producers about the single at Home He’s a Tourist, scuppering its commercial chances and souring relations with their label – they toured the US relentlessly. They never achieved crossover commercial success there, but their artistic impact was immediate. Michael Stipe claimed them as a vital inspiration for REM. Their effect on key US hardcore punk band Minutemen was audible. Their ability to make music that was belligerent and intense without succumbing to macho stereotypes underpinned a vast quantity of subsequent US alternative rock: you could hear it in Fugazi and Big Black; Kurt Cobain was a huge fan.

Meanwhile, the Red Hot Chilli Peppers were such devotees that they approached Gill to produce their debut album, a job he accepted after Gang of Four themselves had run out of steam: you could detect the declining inspiration on 1991 ‘s Songs of the Free and 1995 ‘s Hard, the latter a fairly blatant bid for crossover success. It was not, as it turned out, a great meeting of minds: the band’s members were dismayed when they snuck a look at the notebook Gill kept, to discover that he’d baldly appraised them as “shit”.

Nevertheless, Gill’s production career took off, interspersed with sporadic attempts to reform Gang of Four. 1995 Mall was a synth-heavy disaster, 2005 ‘s Shrinkwrapped an improvement, but the band’s most successful reformation came in 2005: the reassembled original lineup did not last long, but the subsequent album Content succeeded in recapturing a significant amount of their early power.

By then, the post-punk revival had happened, Gang of Four’s Entertainment! a set text for its participants. The pages of the music press were stuffed with bands imitating Andy Gill’s guitar style or, at the very least, working in its looming shadow, from Franz Ferdinand to the Rapture to Bloc Party: some of them, including the Futureheads , called on his production services.

Quite what gill made of a sound intended as a détournement of rock music becoming a vastly pervasive rock music trope is unclear –he was a deeply improbable candidate for guitar hero status, but by then he’d presumably had a lot of time to get used to being acclaimed as exactly that – but he kept touring and recording with Gang of Four, eventually the sole original member. “It was the only way he was ever really going to bow out,” the band’s announcement of his death read, “with a Stratocaster around his neck, screaming with feedback and deafening the front row.” 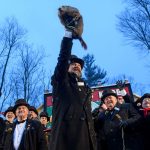 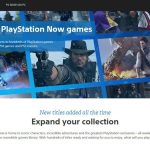