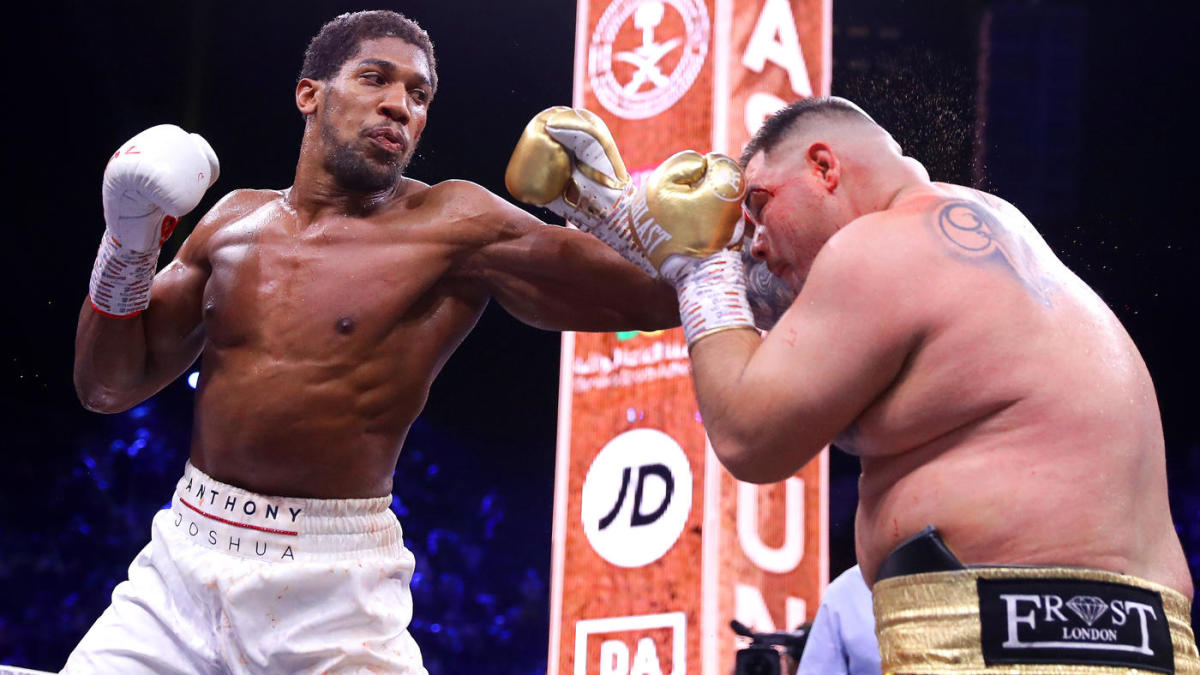 Six months after a stunning knockout loss, Anthony Joshua used his size and feet to regain control of the heavyweight division and put both his career and status as a global boxing superstar back on track. Joshua (23-1, 21 KOs), who came in 11 pounds lighter than his upset loss in June, outboxed Andy Ruiz Jr. in Saturday’s rematch and avoided trouble to regain his WBA, WBO and IBF titles via wide unanimous decision.

All three judges in Diriyah, Saudi Arabia, by scores of 118-110 (twice) and 119-109. CBS Sports also scored the fight 118-110 for Joshua, the 2012 Olympic gold medalist from Great Britain who put his seventh-round TKO loss during his U.S. debut in the rearview mirror.

Ruiz (33-2, 22 KOs) showed plenty of heart by getting up off the canvas in their first fight to floor Joshua and become the first heavyweight champion of Mexican descent. But the robust native of Imperial, California, was never able to land more than one punch at a time after weighing in 15 pounds heavier than he did in the first fight.

Respect box? Subscribe to our podcast — State of Combat with Brian Campbell — where we take an in-depth look at the world of boxing each week.

Instead of looking to slug with Ruiz, Joshua relied on his athleticism and advantages of four inches in height and eight inches in reach to keep his opponent at the end of his jab and constantly circle out of trouble. Joshua held strategically at times and responded well anytime Ruiz did land clean power shots.

“I make no excuses. My boy [Dereck] Chisora said I could do this if I was willing to d-i-e [but] this is boxing,” Joshua said. “I gave [Ruiz] his credit in the first fight. There is no excuses. I respect Andy and his trainer so much but I wanted to put on a great master class and show that the sweet science of this sport is about hitting and not getting hit.

“As I always say, I’m not perfect but I’m trying. Never a change in mentality. You know the saying — stay hungry, stay humble. I’m hungry, I’m humble in defeat and I’m going to remain humble in victory.”

Joshua was visibly thinner after shedding 11 pounds of muscle from the first fight to the rematch. It helped the 6-foot-6 slugger look much quicker on his feet while Ruiz, whose stomach was noticeably larger than June, was never able to consistently cut off the ring.

Not only was Joshua smart to avoid exchanging for long periods of time, he outlanded Ruiz 107 to 60, according to CompuBox, over the 12 rounds.

“It was his night. I don’t think I prepared how I should, I gained too much weight. But I have no excuses,” Ruiz said. “But if we do a third fight, I’m going to get in the f—ing best shape of my life. I thought I was going to feel stronger and be better but next fight I’m going to be prepared. I tried to train myself for this preparation but I don’t want to give no excuse. Anthony Joshua did a hell of a job.

“I think I was chasing him too much instead of cutting off the ring. I know next time I will do better. Who wants to see the next trilogy fight here in Saudi Arabia?”

Both fighters talked up the idea of a trilogy fight although it’s one that would seemingly be a hard sell considering Ruiz’s poor performance and how wide Joshua’s victory was.

“It’s all about preparation,” Joshua said. “One day when I release a book on my career, I’ll talk about my experiences. Anyone can do it, life is a roller coaster. I took my L and came back. “If you heard, we are going to do it a third [fight].”

CBS Sports was with you for every punch from the bout in Saudi Arabia with our updating scorecard and live updates below. If you are having trouble viewing the results or want to refresh the scorecard,please click here. 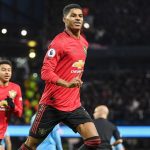 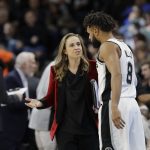