Angela Smith has moved to the Liberal Democrats after three months of sitting as an independent MP.

She was one of 11 MPs who left Labor and the Conservatives to form the Change UK group in February, but left the group in June to sit as an independent MP.

The MP for Penistone and Stocksbridge becomes the third MP to join the Liberal Democrats in a week after Luciana Berger and Philip Lee defected.

It brings the total number of Lib Dem MPs in the House of Commons to 17.

Ms Smith joined the Lib Dems because she believes both Labor and the Conservatives are “in the grip of extremists”, the Sunday Times reported.

In a blog post for the party published on Saturday, the former Labor MP called for more inclusive and tolerant politics as well as fighting against Brexit.

She wrote: “Our country deserves better At a time of national crisis, people deserve a better choice than the two old parties.

“I am therefore delighted to be joining Jo Swinson and the Liberal Democrats.

” The Liberal Democrats are the strongest party to stop Brexit and build a society that gives opportunities to everyone, tackles the climate crisis and invests in our public. “

She was welcomed by Lib Dem leader Jo Swinson who tweeted: “Welcome Angela Smith to the Lib Dems. She’s the sixth new MP to join us in the last three months, along with over 30, 000 new members. Together we can stop Brexit. “ 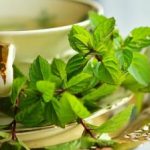