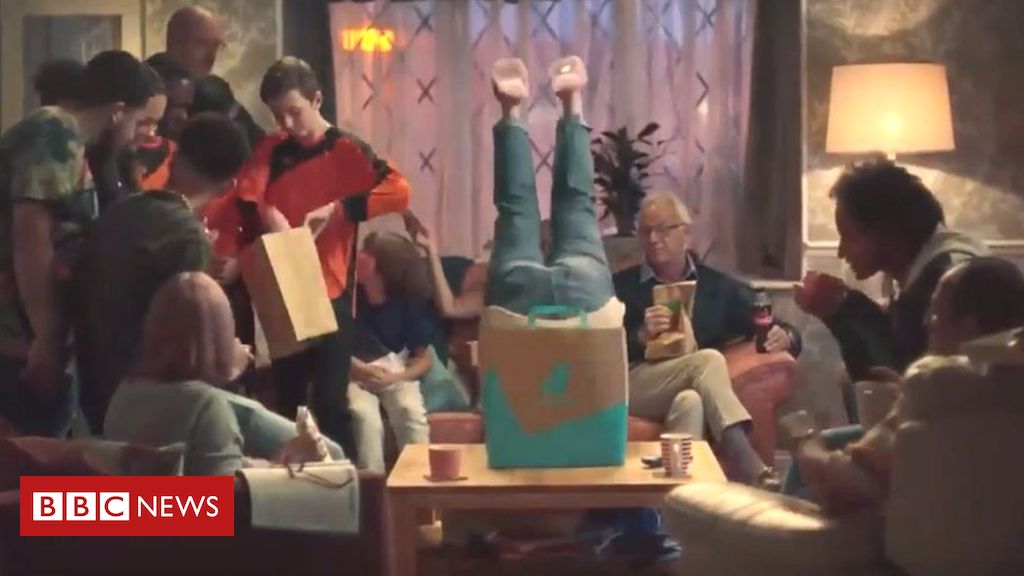 An advert featuring a woman diving into a Deliveroo delivery bag to retrieve multiple food orders has been banned.

The Advertising Standards Authority said it might mislead viewers to think they “could order food from different restaurants to be delivered together”.

The ASA received 300 complaints , the third highest of the year so far. Deliveroo said the advert was about emphasizing “choice”.

It is the second time this year that the ASA has banned a Deliveroo advert.

In September, the ASA banned a Deliveroo TV advert for wrongly implying that the firm’s delivery “was unrestricted throughout the UK”.

The latest ban involves an advert showing a woman taking a delivery from a Deliveroo driver at her front door and then distributing meals from various restaurants around the house from a single bag. At the end, she dives head first into the bag to retrieve the remaining items.

During the distribution of the meals the woman calls out restaurant names and type of food: KFC, Wagamama, Pizza Express, Burger King, and others.

But complainants said the advert did not specify that each restaurant would need a separate order and incur a delivery fee, with each meal then delivered separately.

Although the ASA noted that there was on-screen text to clarify the nature of Deliveroo’s service, the regulator concluded: “The overall impression [was] that customers could order food from different restaurants to be delivered together.

“Because that was not the case, and because the ad did not state that a delivery charge would be applied to each order from a different restaurant, we concluded it was likely to mislead.”

Deliveroo said the advert clearly stated on screen that “separate orders must be made for each restaurant “and had offered to make this clearer.

A Deliveroo spokeswoman said: “This advert underlined the huge choice of great restaurants available on Deliveroo. This is growing each day. For the record, you can’t actually dive into your Deliveroo bag, however hungry you are. “

Only two other adverts have received more complaints to the ASA this year, one for the comparison website GoCompare and another for a fireworks display.

The GoCompare advert, featuring a male opera singer involved in a car accident, received 336 complaints, mostly arguing it trivialized crashes and was distressing. The ASA said it did not break its rules.

An advert for Cheltenham Fireworks involving a poster with a picture of a dog wearing ear defenders received 317 complaints, with most saying that it made light of the animal distress caused by fireworks . The advertiser withdrew the poster, and the ASA took no further action. 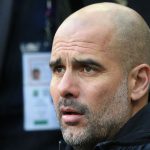 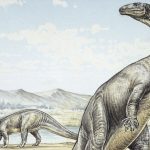