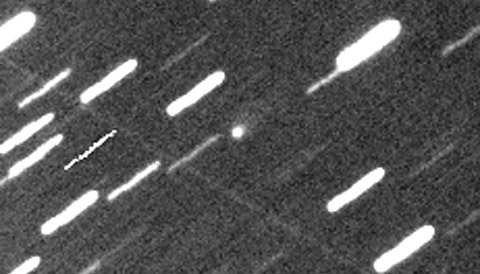 Astronomers have discovered a likely interstellar object – the second after ‘Oumuamua – and this one’s a comet that will pass nearest the Sun later this year .

The possible interstellar comet C / 2019 Q4 (Borisov). A short tail is visible above and right of the coma.
Gennady Borisov

First there was’Oumuamua, discovered nearly two years ago. Now we might be in store for another interstellar flyby, this time by the recently discovered comet known for now by the provisional designationC / 2019 Q4 (Borisov)– formerly gb 00234.Gennady Borisovcaptured the object on August 30, 2019, at theCrimean Astrophysical Observatorywhen it was about 3 astronomical units (au) from the Sun. Unlike ‘Oumuamua, which wasn’t spotted until well after perihelion, the new comet is approaching the plane of the solar system and will reach perihelion on December 10, 2019.

But it’s still early. Don’t be surprised if these dates change as more observations come in.

The shape of an object’s orbit is defined by its eccentricity (e). For a circle, e=0, and its values ​​for ellipses vary up to 1, indicating a parabola. Any object with e>1 is on a hyperbolic orbit from beyond the solar system.
Stamcose / CC BY-SA 4.0 with additions by the author

What sets C / 2019 Q4 apart from nearly every other comet is theeccentricityof its orbit. Eccentricity measures how much an orbit deviates from a perfect circle, which has an eccentricity of 0. Elliptical orbits, typical of planets, asteroids and comets, have eccentricities between 0 and 1. Parabolas are equal to 1, and an eccentricity greater than 1 indicates a hyperbolic orbit.

In the few days since its discovery, after which it bore the temporary designation gb 00234, observers have broached the possibility of an interstellar origin with caution. The chance of finding it in prediscovery images isn’t great, since for some months the comet has been too close to the Sun to have been swept up by wide-field surveys. But it should remain visible for many months before and after it comes closest to Earth in December, and more positional measurements will tighten the orbital fit – and make a stronger case for an interstellar origin.

Meanwhile, images show that the incoming object sports a faint but distinct coma and the barest hint of a tail – something ‘Oumuamua lacked – and thus appears to be a comet. Astronomers are no doubt eager to get spectra of the new find to determine what compounds might be escaping from its surface.

Based on current observations, C / 2019 Q4’s eccentricity is about 3.2 – definitely hyperbolic. Objects on hyperbolic orbits are unbound to the Sun. They’re most likely to hail from beyond the solar system, flying in from great distances to pay our neighborhood a brief visit before heading off for parts unknown.

If this result holds up, astronomers have an unprecedented opportunity to study a potentially interstellar object in great detail over a long span of time. Based on the comet’s current magnitude (~ 18) and distance from the Sun (2.7 au), it appears to be a fairly large object – perhaps 10 km or more across, depending on the reflectivity of its surface.

An orbit diagram shows the hyperbolic trajectory that C / 2019 Q4 seems to be taking through the solar system. The comet is currently about 2.7 a.u. from the Sun and 3.4 a.u. from the Earth.
Tony Dunn / CC BY-SA 4.0

Assuming the comet’s hyperbolic orbital solution holds, the comet appears to be coming from the direction of the galactic plane in Cassiopeia. Tonight (September 11 – 12), the object is located about 1 ° northeast of Iota (ι) Cancri and moving slowly to the southeast.

Whether it becomes visible in amateur telescopes is unknown at this point, but it may become bright enough for astrophotographers to capture. We’ll have updates as additional observations and photos arrive. For predicted positions and current orbital element, check out the Minor Planet Center’s latest circularMPEC 2019 – R 106.

Gennady Borisov with the 0. 65 – meter telescope he built and used to discover the new comet.
G. Borisov

Here’s an amazing fact: The discoverer, Gennady Borisov, is an amateur astronomer who works as an engineer at theSternberg Astronomical Institute. He makes his own telescopes to hunt for comets and has discovered seven of them along with several NEOs. He recently completed a new 0. 65 – meter telescope, the instrument he used to discover the new object.

C / 2019 Q4 (Borisov) designation will likely remain provisional until the orbit is more secure. The name of the first interstellar object discovered, 1I ‘Oumuamua, evolved from C / 2017 U1 to A / 2017 until finally receiving the I designation for “interstellar.” Should the new comet prove a prowler from another star system, it could well become 2I. 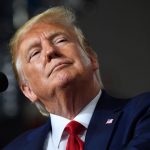 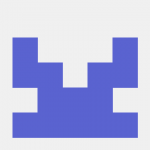