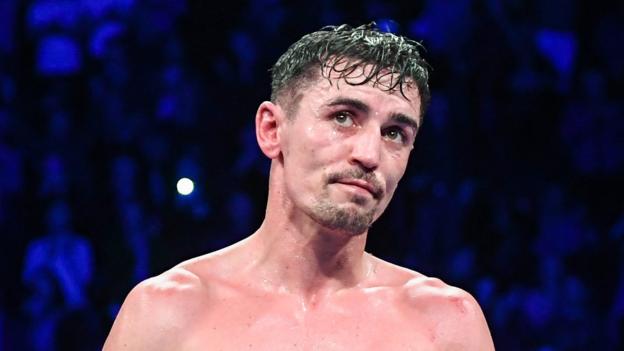 Anthony Crolla edged to a points win as he ended his 13 – year professional career with a hard-fought victory over Frank Urquiaga at Manchester Arena.

The Mancunian fighter enjoyed a raucous ring walk on his much-publicized farewell but had to grind out a win.

A volume of punches from his Spanish rival caught the eye midway through the lightweight bout but neither threatened victory inside the 10 rounds.

“Getting the win was the main thing but now I know my time’s up,” he told BBC Radio 5 Live.

“I wasn ‘ t nervous coming into the arena but it did get to me a bit when I came out here – knowing it was for the last time.

“Hopefully I’ve left a bit of a legacy. And I’ll be back in the gym training the youngsters and hopefully some of the champions of the future. “

Fight off, on and gritty

Ringside rumors swirled hours before the fight that Urquiaga might have been forced out of the bout for refusing to remove strapping on his arm.

When he did appear, he walked into a cacophony of Manchester noise.

Around 9, 000 had turned out to bid a fighting farewell to one of the city’s sons and after a thrilling Crolla ring walk, songs of his beloved Manchester United rang out through round one.

Urquiaga fizzed a solid right hand around the guard late in the opening three minutes and another in round two, pointing to a desire to ruin the evening and thrust his own career to new levels.

The Barcelona-based fighter threw punches in bunches but only had one stoppage win among his 13 triumphs coming into the bout, leading some to think Crolla could afford to let his hands go in the face of limited power coming at him.

By the fifth though, Urquiaga had landed more than enough work to merit respect, with Crolla walking on to an uppercut and appearing briefly frozen.

As tunes from Manchester bands blasted out between rounds, an air of concern was apparent in the arena.

Crolla, his guard high, marched forward but was thrust into the ropes by a heavy shot in the sixth before landing a smart left hook of his own late on.

He tried to work the body of the away fighter – a tactic that has proved fruitful throughout his career – but never found a way to rock the underdog, who had visibly reddened under his right eye by the 10 th and final round.

In the last round of his career Crolla fired off sharp left hands in a bid to fashion an opening but, in truth, a stoppage never looked likely.

He lapped the ring, arm raised, to acclaim moments before a verdict which sees him end a rollercoaster career with 35 wins, seven defeats and three draws.

A journey, the end

Crolla had already served hard years in the ring by the time he was badly injured when apprehending burglars at a neighbor’s home in 2014.

The incident forced him to amend his training as a result of the broken ankle he suffered. His bravery briefly cost him a world-title shot but with an enhanced profile by virtue of his neighborly act, he claimed his first global honors bystopping Darleys Perezat this very arena 11 months later.

He managed to rekindle a taste of the Manchester buzz that had surrounded one of his own heroes, Ricky Hatton, for fight fans not just in the city but throughout British boxing.

But he now joins a list of homegrown fighting personalities to call time in recent years such as Carl Froch , Tony Bellew, James DeGale and George Groves.

The list of names now capable of frequently filling out arenas feels shorter, and a need for emerging talents to grasp opportunities is apparent .

Crolla, as has been said all week, squeezed the most out of his talent. As it has other fighters, a naturally humble, salt of the earth character served to enhance his likability.

Those who paid to follow him know only too well of the ups and downs. Thankfully, in this most punishing of businesses, his career ends on his terms and with health in tact.

Crolla, undoubtedly, will grace the ring again in corners or through satisfying his desire to train champions of his own.

His fighting days are done though. What a journey it has been. 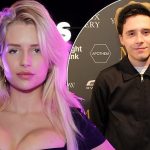