NEW DELHI: It is not leadership if leaders guide masses, comprising university and college students, to carry out arson and violence in our cities,Army chiefGenBipin Rawatsaid on Thursday while commenting on protests against theCitizenship Amendment Act.

Leaders emerge from crowds but are not those who lead people in “inappropriate directions”, added the Army chief while addressing a gathering at a health summit here.

He said leaders are those who lead people in the right direction.

Since both houses of Parliament approved amendments to the citizenship law earlier this month, protests – sometimes violent – have taken place across the country. Multiple protestors have been injured and have died in these protests, especially in Uttar Pradesh and Karnataka.

“What is so complex about leadership, if it is all about leading. Because when you move forward, everybody follows. It is not that simple. It appears simple , but it is a complex phenomenon, “Rawat said in his speech.
“Even amongst the crowd you find that the leaders emerge. But leaders are those who lead people in the right direction. Leaders are not those who lead people in inappropriate directions, “he added.

Giving the example of ongoing protests by a large number of university and college students, the Army chief said the way masses of

and towns is not leadership. 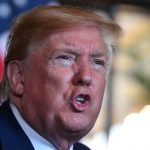