NEW DELHI: At least six Pakistan Army soldiers in forward posts and “several” terrorists in four “launch pads” in Pakistan-occupied-Kashmir have been killed in targeted fire assaults by the Indian Army in theTangdharsector along the already volatile Line of the Control, which has turned red-hot with heavy cross-border artillery duels since Saturday night.
“Six to 10 Pakistani soldiers have been killed in our firing. A similar number of terrorists have been killed in three out of the four launch pads we destroyed in PoK… the casualty number could be much higher, ”said Army chief General Bipin Rawat, speaking exclusively to TOI on Sunday evening.

Gen Rawat, who briefed defense minister Rajnath Singh on the details of the operation, also warned the Pak Army-ISI combine against pushing in infiltrators into Kashmir or be prepared to face the consequences of “a pro-active response and counter-offensive” like the one in the Tangdhar sector.
Incidentally, the Navy is also planning a major exercise in the Arabian Sea to hone its war-fighting skills and test its operational preparedness ”in the Arabian Sea over the next fortnight.
The latest bout of hostilities along the 778 – km LoC, which has already recorded around 2, 350 ceasefire violations (CFVs) this year to break all annual records since 2003, began when the Pak Army launched heavy-caliber firing at Indian posts in the Tangdhar sector around 11 pm on Saturday.
“The Pak Army was trying to push in terrorists. We lost two soldiers (havildar Padam Bahadur Shrestha and rifleman Kumar Shrestha of the Gorkha Rifles) and a civilian (Mohd Sadiq, 55, of Ghundhishat village) in the Pak firing in our ‘depth’ areas, ”said Gen Rawat.
“Instead of waiting for the terrorists to infiltrate, we then decided to target the launch pads since we had the coordinates for them. We had definite information that some camps and launch pads have been activated there (in the Neelum Valley of PoK), ”he added.
The Army even deployed 155 mm Bofors howitzers, apart from heavy-caliber mortars and anti-tank guided missiles, to target the four make-shift launch pads at Jura, Athmuqam, Kundalsahi and Sandok, which are “fed” by the main terrorist training camps in Manshera, Kotli and Muzaffarbad which are quite a distance away from the LoC.
The co-located Pak Army posts and gun positions aiding the launch pads were also not spared in the fire assaults. “There has been heavy damage on the terror infrastructure across the Tangdhar sector,” said the Army chief.
The Pak Army, on its part, claimed to have killed nine Indian soldiers and injured several others when it destroyed two Indian bunkers in the Tangdhar sector, while admitting to the loss of only two soldiers. Pak authorities also said five civilians were killed in the firing by India.
Dismissing the claims, Gen Rawat said, “We don’t hide our casualties like the Pak Army, which always tries to cover up and indulges in fake propaganda. We honor and salute our dead. ”
The LoC has turned extremely violent, with regular caliber escalation by both sides, especially after the Modi government on August 5 revoked the special status of J&K and moved to split the state into two union territories.
Almost 650 of the 2, 350 CFVs recorded by the Indian Army this year have taken place in the last two months. The number of CFVs in 2017 stood at 971, with 1, 629 being recorded in 2018.
“After August 5, we found that infiltration attempts were increasing in Gurez, Keran, Machhil and several other sectors. So, rather than wait for the terrorists to infiltrate, we will hit them at the forward launch pads, ”said Gen Rawat.
Army spokesperson Colonel Aman Anand said, “The Indian Army retains the right to respond at a time and place of its choosing in case Pak Army continues to assist terrorist activities across Indian borders. ”
In Video:Action against terror launch pads: 6- 10 Pak soldiers killed, says COAS Bipin Rawat 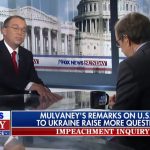