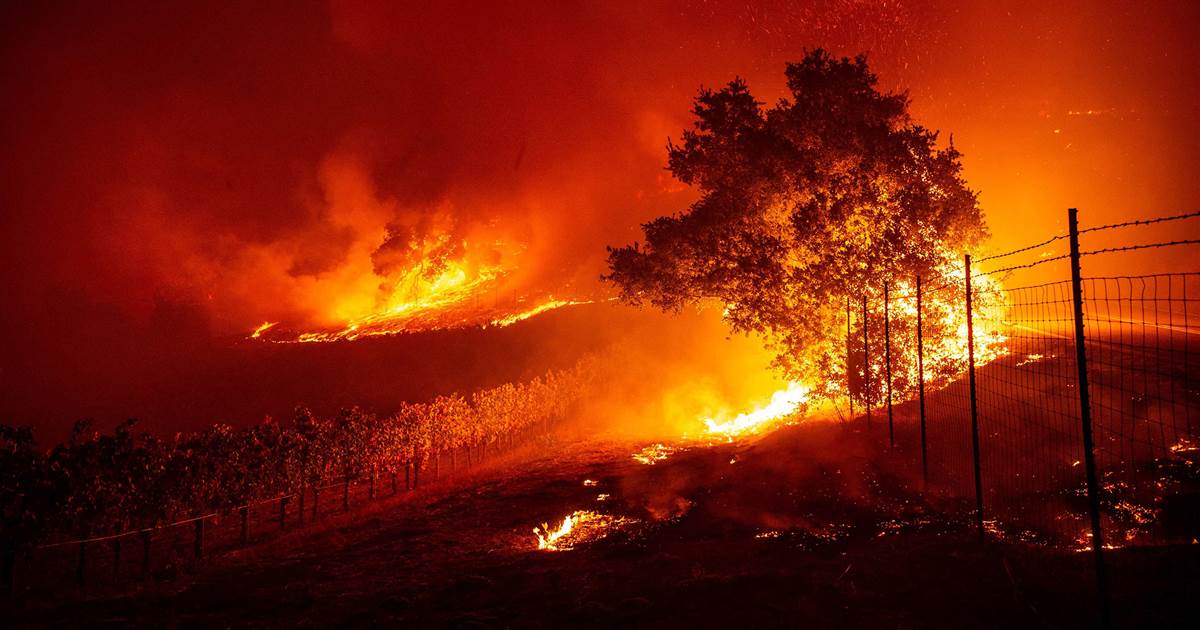 Blazes scorched brush up and down California on Friday and its largest utility, Pacific Gas & Electric, said once again that precautionary power outages could impact as many as 2 million Golden State residents.

The utility has been halting power service in rural areas, mostly in Northern California, where downed lines and faulty transmission towers have been known to spark wildfires,including last year Camp fire, the state’s deadliest.

Newsom on Friday continued to lambaste the utility, arguing “greed” and “mismanagement” at PG&E led to maintenance and upgrade issues that precipitated its role in wildfires.

“They simply did not do their job, “he said. “It took us decades to get here, but we will get out of this mess.”

There are already indications that, despite earlier power shutoffs in anticipation of the week’s fire weather, the largest of the state’s fires, the Kincade fire in Sonoma County, started near a PG&E transmission tower that malfunctioned around the same time, authorities said.

At a news conference Friday, PG&E CEO Bill Johnson said there was “a broken jumper on one” of our transmission towers “but that state investigators have yet to determine if it caused of the blaze.

The tower was not a part of the pre-emptive power outage because wind forecasts for the particular area didn ‘t meet the company’s threshold for cutting electricity, the CEO said.

Early Friday evening, utility executives defended their decision to put 850, 000 customers, which roughly equals 2 million people, on notice that outages were likely – with some expected to last 48 hours – over the weekend.

“We are all in this together,” utility President Andrew Vesey said. “We must find solutions together.”

The outages could impact residents in the Bay Area, the Sierra foothills and Mendocino County, said PG&E Vice President Sumeet Singh. Newsom declared states of emergency in Los Angeles County and Sonoma County because of wildfires.

Blazes continued to consume acreage from San Diego County, where two rural blazes chewed up more than 100 acres, to Los Angeles County, where the Tick fire was up to 4, 300 acres. L.A. County fire officials said the number of structures impacted or possibly burned was not yet known.

In Geyserville, in northern California, the Kincade fire was responsible for nearly 22, 000 charred acres, according to the California Department of Forestry and Fire Protection. Forty-nine structures have been destroyed.

In most cases a small fraction of containment, where a fire is surrounded, was achieved in those events, fire officials said. But conditions were improving enough that some of the 50, 000 evacuees in the Santa Clarita Valley, where the Tick fire raged, were being allowed to return home, officials said.

One Geyserville evacuee told NBC News the situation was “very scary” as she was awakened by fire before dawn Friday.

” You couldn’t see your hand in front of you it was so thick, “she said. “And then I looked at the hill and the hill was all bright red and I said, ‘Boy, this is really a bad one.'”

“It was like a tornado, honestly,” she said. “It was so windy, and so much smoke, so I just ran through it, got in the car.”

The fires have been fueled by what is essentially the same weather phenomenon, a high pressure system pushing warm, dry air down mountain ranges and toward the coast. One fire, the 1.5 acre Shoreline fire in Ventura County, was within walking distance to the beach.

Forecasters in the Bay Area say the unfavorable weather could continue through Monday. In Southern California onshore breezes could bring some relief Saturday, according to the National Weather Service. 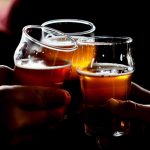 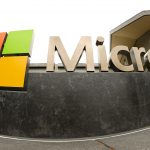