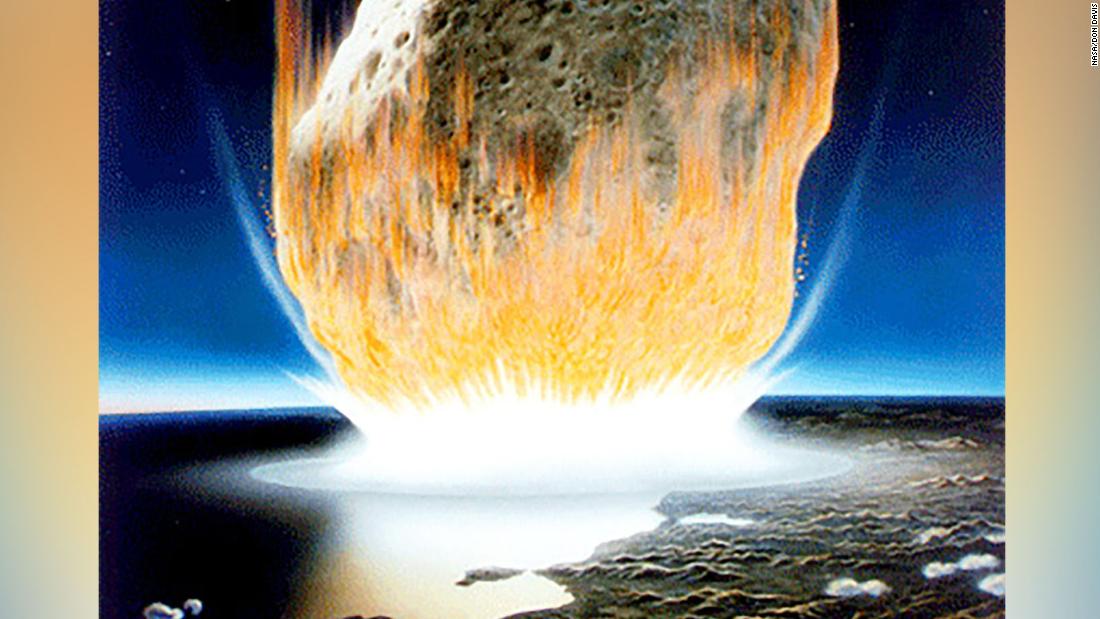 (CNN)Scientists have discovered evidence that the impact of an asteroid as powerful as (billionWorld War II– era atomic bombs caused the extinction of thedinosaurs.

The 7.5-mile (12 – km) wide asteroid struck the Earth 66 million years ago and caused 75% of life on the planet to become extinct, according to research led by the University of Texas and published in thePNAS journal. It is thought the event triggered wildfires over 900 miles away, as well as sparking a devastating tsunami.

Many dinosaurs would have died that day, but others may have perished from the atmospheric fall -out that followed. Scientists think the earth cooled dramatically after sulfur was released into the atmosphere, blocking the sun and killing off life.

The new research was based on rocks collected in 2016 from the Chicxulub impact site off the coast of the Yucatan Peninsula in Mexico.

Professor Sean Gulick, who led the study, told CNN: “For me personally, successfully collecting the cores from the peak ring of the Chicxulub crater was the fruit of years of proposal writing and planning made reality.

“It was a truly exciting moment when we first encountered the sediments from the impact itself and moreover when we realized we were seeing events in such detail. “

Gulick added that the project presented an unusual opportunity for geologists to read the “rock record,” as 130 meters of rock in the crater represented the events of the single day when the asteroid struck. Typically, one centimeter of rock represents every 1, 000 Years.

Gulick and his team concluded – from the abundance of sulfur-rich rocks near the crater and their absence within it – that the asteroid must have vaporized any sulfur previously present.

They estimate that 325 billion metric tons or more of sulfur were ejected into the atmosphere after the giant rock’s impact. This is four orders of magnitude greater than the amount released by Krakatoa’s eruption in 1883, which caused a 2.2 degrees Fahrenheit average temperature drop for five years. 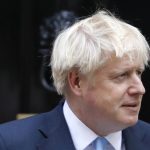 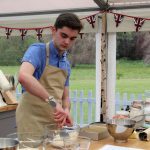