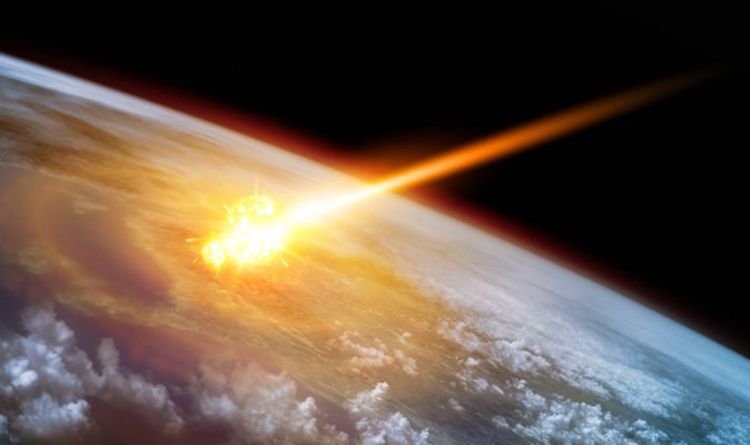 An asteroid impact 66 million years ago triggered a chain reaction of events that wiped out the dinosaurs and two-thirds of life on Earth. Since the killer asteroid struck Earth, many smaller space rocks and comets have pelted the planet. Thankfully, we are yet to see another large object fly directly towards us – an event which NASA claims happens once “every few million years”. As a result, scientists are certain a space rock will hit Earth sooner or later and preparations need to be made for when it happens.

Lembit Öpik, the Chairman of Parliament for the space nation Asgardia, told Express.co.uk protecting Earth from asteroids is one of Asgardia’s key objectives.

Mr Öpik said: “It’s a matter of life and death. The chance of an impact is 100 percent, you just don’t know when.”

The former British politician, who was an MP for Montgomeryshire in Wales between 1998 and 2010, campaigned in Parliament for more awareness of spaceborne threats.

In 1999, he called on the Government to annually invest between £500,000 and £1million on tracking asteroids.

Asteroid danger: An expert warned of a 100 percent chance of impact in the future(Image: GETTY)

Then in the year 2000, Mr Öpik convinced the Government to initiate the Near-Earth Object Task Group.

It’s a matter of life and death. The chance of an impact is 100 percent

The group published a report in September 2000, which called for more surveys of both distant and nearby asteroids – so-called Near-Earth Objects (NEOs).

Even Mr Öpik’s grandfather was an astronomer whose work focused on the many asteroids zipping past Earth.

Now, Mr Öpik works with the world’s first space nation to prepare Earth for what he believes is an unavoidable danger from space.

READ MORE: How often do asteroids hit Earth? What is the danger

Mr Öpik said: “This happens very rarely, but when it happens it’s catastrophic and it will wipe out between 70 and 95 percent of all life. That’s what seems to have happened before.

“Asgardia, as one of its key mission objectives, is dedicated to creating a kind of space guard initiative to protect our home planet, as we would call it, from cosmic threats.”

Asgardia, or the Space Kingdom of Asgardia, is the world’s first micronation founded in 2016 with the launch of a satellite into Earth orbit.

The space nation aims to establish a permanent human presence in space by building outposts and conceiving the first off-world child.

READ MORE: There is a slim chance a 2,700 MEGATON asteroid might hit Earth this October

Asteroid news: An impact 65 million years ago wiped out the dinosaurs(Image: GETTY)

Lembit Öpik, the Chairman of Parliament for the space nation Asgardia(Image: ASGARDIA)

Mr Öpik previously told Express.co.uk Asgardia hopes to put humans in space in the next 25 years.

But to achieve these lofty goals, Asgardia’s scientists need to prove spacefaring humans can be kept safe from threats like asteroids.

Asteroids are not the only threat lurking in space, Mr Öpik argued, but they are the most dangerous and easiest to foresee.

Thankfully, leading space agencies like NASA do not expect any major impact in the foreseeable future.

The US space agency said: “Experts estimate that an impact of an object the size of the one that exploded over Chelyabinsk, Russia, in 2013 – approximately 55ft – takes place once or twice a century.

“Impacts of larger objects are expected to be far less frequent – on the scale of centuries to millennia.

“However, given the current incompleteness of the NEO catalogue, an unpredicted impact – such as the Chelyabinsk event – could occur at any time.”

At the start of 2019, NASA said the number of discovered NEOs stood at more than 19,000 and roughly 30 new space rocks are discovered each week. 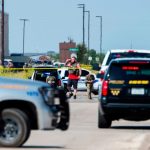 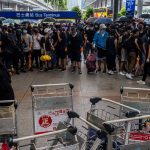