What could possibly go wrong?

Lawmakers in Australia (like theircounterparts in the United Kingdom) arelooking for an effective wayto limit kids’ access to online pornography. Australia’s Department of Home Affairs has apossible solution: face-recognition technology.

“Home Affairs is developing a Face Verification Service which matches a person’s photo against images used on one of their evidence of identity documents to help verify their identity, “the government agency wrote in arecent regulatory filing. “This could assist in age verification, for example by preventing a minor from using their parent’s driver license to circumvent age verification controls.”

Australia’s government face-matching system has been years in the making. In 2016, the government announced that (in thewords of CNET) “the first phase of its new biometric Face Verification Service (FVS) is up and running, giving a number of government departments and the Australian Federal Police the ability to share and match digital photos of faces.”

Initially, the system was fairly limited. It only included photos of people who had applied to become Australian citizens. And use of the database was supposed to be limited to a handful of government agencies with a compelling need for it.

But since then, the government has steadily expanded the system. Photos from other sources were added to the database. And Australia has been trying to develop a more sophisticated Face Identification Service that can identify unknown persons.

And as this latest proposal demonstrates, the government is becoming more comfortable — perhaps even enthusiastic — about the technology being used by the private sector.

“Whilst they are primarily designed to prevent identity crime, Home Affairs would support the increased use of the Document and Face Verification Services across the Australian economy to strengthen age verification processes, “the government wrote.

“The Face Verification Service is not yet fully operational,” the government acknowledges. “Whilst it is intended to be made available to private sector organizations in future, this will be subject to the passage of the Identity-matching Services Bill 2019 which is currently before Parliament. “ 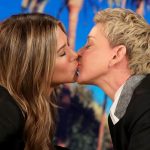