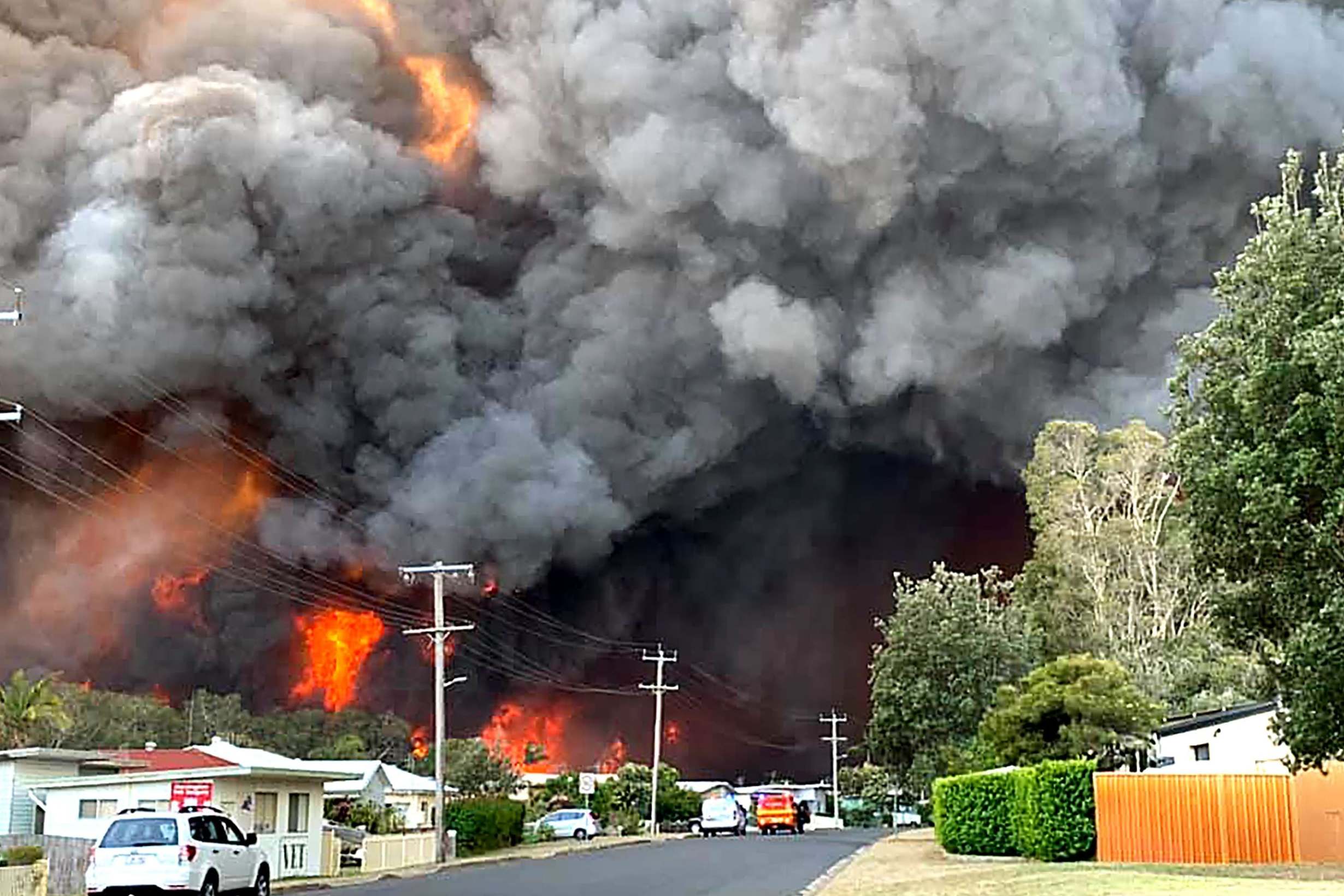 At least three people are dead and seven others missing as devastatingwildfiresspread acrossAustralia‘s drought-stricken east coast.

Dozens have been injured and more than 150 homes have been destroyed.

Around 1, 500 firefighters were battling more than 70 fires across New South Wales, Australia’s most populous state.

The most intense were in the north-east where flames were fanned by strong winds, Rural Fire Service Commissioner Shane Fitzsimmons said.

Firefighters found the body of a man on Saturday in a burned car near Glen Innes, about 350 miles north of Sydney, he added.

A woman who was found on Friday unconscious and with serious burns near Glen Innes has died in hospital.

Her daughter-in-law Chrystal Harwood identified the victim as 69 – year-old grandmother Vivian Chaplain, who was alone in her house in the small community of Wytaliba when it was engulfed in flames.

A third body was found on Saturday afternoon in a burned building at Johns River, north of Taree, a police statement said.

Another seven people have been reported missing in the vicinity of the same fire.

He told reporters in Sydney: “The devastating and horrific fires that we have seen particularly in New South Wales but also in Queensland have been absolutely chilling. “

More than 30 people including firefighters received medical treatment for burns and one patient had a cardiac arrest, while at least 150 homes have been destroyed since Friday.

Hundreds of people were evacuated from their homes along a 310 – mile stretch of the eastern seaboard from the Queensland state border south to Forster.

Forster is a town 190 miles north of Sydney. Many spent the night in evacuation centers while some slept in cars.

In Queensland, around 50 wildfires were raging on Saturday. At least one house was lost, a firefighter suffered a broken leg and 6, 000 residents were evacuated from three communities in the state’s southeast.

The annual Australian fire season which peaks during the Southern Hemisphere summer has started early after an unusually warm and dry winter. 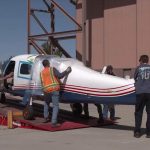 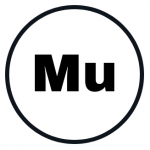