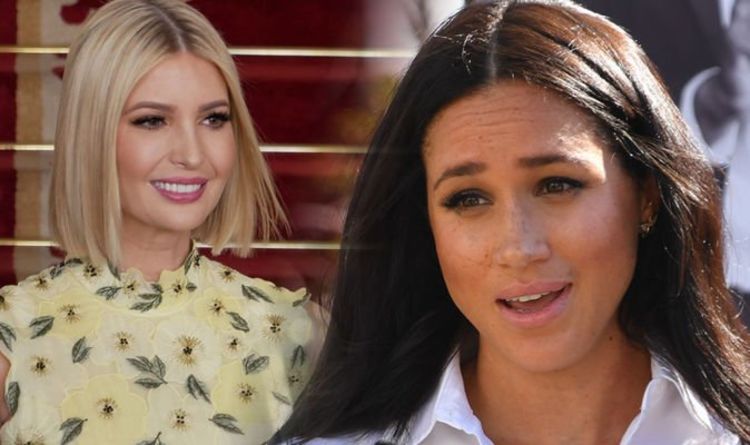 Ivanka Trump will be attending the wedding of fashion designer Misha Nonoo today, who just happens to be one of Meghan’s best pals. The Duke and Duchess of Sussex touched down in Rome ready to watch Ms Nonoo tie the knot with oil tycoon Michael Hess in Italy. The royals were spotted in the stunning city the day before they are expected to be guests at the luxurious nuptials, with a source telling website Page Six: “There is no way that Meghan wouldn’t be at Misha’s wedding – no way at all. ”

But despite Meghan’s opinions of Donald Trump, Cosmopolitan reports Meghan and Harry, parents to baby Archie born in May, will join Ivanka and Jared Kushner at the event.

Other guests expected to attend are Karlie Kloss and her husband Joshua Kushner, Ellie Goulding and husband Casper Jopling as well as Katy Perry plus Orlando Bloom.

The gathering could prove awkward after Meghan was criticized for not being present when Ivanka’s father Donald Trump attended a state visit in June.

Meghan, a former TV actress, called the Republican “misogynistic” before she married Harry.

The Duke and Duchess of Sussex touched down in Rome ready to watch Ms Nonoo tie the knot(Image: GETTY)

Meghan revealed her opinion on the US President in an interview in 2016.

Speaking on The Nightly Show with Larry Wilm ore, Meghan attacked Trump for his opinions on women’s rights.

She said: “Of course Trump is divisive — think about female voters alone.

“I think it was in, the Republican Party lost the female vote by 12 Points.

Donald’s glamorous daughter Ivanka will be at the same glitzy wedding(Image: GETTY)

“That’s a huge number and as misogynistic as Trump is — and so vocal about it — that’s a huge chunk of it.”

Despite her remarks, Meghan still worked as a so-called ‘briefcase model’ on Deal or No Deal, with the US version used by President Trump to promote his own TV show The Apprentice.

But in her now defunct blog The Tig, Meghan did however praise President Trump’s daughter Ivanka.

She hailed Ms Trump’s business acumen while even acknowledging that she may have been overly judged due to her background.

What Princess Diana would have found ‘fascinating’ about Meghan Markle

Ms Nonoo, who was reported to have set up Harry and Megh an on a date(Image: GETTY)

She said: “She’s not just carved a niche for herself under her father’s famed Trump notoriety, she has undoubtedly created her own empire.

“It’s so easy to knock the girls who come from privilege — to assume they rested on their laurels and garnered accolades simply by being fancy from the womb.”

Ahead of his visit to the UK, Trump has denied calling the Duchess “nasty” despite the comments being recorded.

In response to the comments, Trump tweeted: “I never called Meghan Markle ‘nasty’.”

“Made up by the Fake News Media, and they got caught cold!”

Ms Nonoo, who was reported to have set up Harry and Meghan on a date, was a special guest at both Meghan’s Royal Wedding to Prince Harry and their firstborn son Archie Harrison’s christening.

The fashion designer has previously spoken fondly about her friendship with the duch ess.

She told the New York Times: “All I can say is that she is the most generous, the most genuine person.”

Ms Nonoo described Meghan as “such a sister in the sense that, you know, if you’re her friend, she’ll do anything for you”. 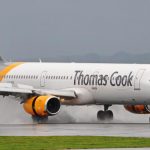 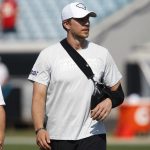