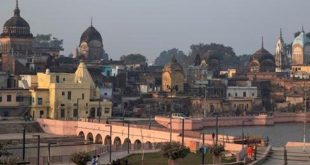 
That unanimity hurt. It did. One had hoped, or wished to have a hope, that there would be a chink in the armor somewhere. An ambiguity. The absence of it – the full glare of a “unanimous” majoritarianism – came like a stab in the heart of the idea of ​​India.

To be frank, there was not much expectation from the top court after it had sped up the NRC process and delayed the hearing of petitions over the revocation of Jammu and Kashmir’s special status. When we saw the spirit behind a habeas corpus petitionextinguished before our eyes,we should have realized that not much could be expected.

Yet, people kept thinking that there would be a voice within, which would represent that “little voice” of the Mahatma. With the courage to speak gently to noise. That would be the lifeline which India’s drowning secularism would hold on to. We were mistaken.

Unanimously it was decided that whatever the facts are, when it comes to the “balance of probabilities”, the Hindu side should win. Notwithstanding the fact that it could not prove its exclusive possession of the land, that the existence of mosque was indisputable, that Muslims had continued to offer Namaz at the mosque till 1949, that the mosque was desecrated by an illegal act that year in which idols of Hindu deities were smuggled into its innermost part, that the mosque was demolished through a violent and illegal act in 1992.

Notwithstanding all that, which the learned bench itself records, it felt compelled, when it came to the “balance of probabilities”, to make a choice. And that was made. To do that, the court asked the Muslims what were they doing before 1857. Though they opined that there was a mosque there, and the court also accepts this, the five judges declared that the Muslims could not provide them conclusive evidence of their exclusive possession of the inner courtyard before 1857. All we need do is read this part of the 1, 045 page judgment to understand what the court is arguing:

“The Hindus and the Muslims have contested claims to the offering worship within the three domed structure in the inner courtyard. The assertion by the Hindus of their entitlement to offer worship inside has been contested by the Muslims.

As regards the inner courtyard, there is evidence on a preponderance of probabilities to establish worship by the Hindus prior to the annexation of Oudh by the British in 1857. The Muslims have offered no evidence to indicate that they were in exclusive possession of the inner structure prior to 1857 since the date of the construction in the sixteenth century.

After the setting up of the grill-brick wall, the structure of the mosque continued to exist and there is evidence to indicate that namaz was offered within its precincts. The report of the Waqf Inspector of December 1949 indicates that Muslims were being obstructed from free and unimpeded access to the mosque for the purposes of offering namaz. However, there is evidence to show that namaz was offered in the structure of the mosque and the last Friday namaz performed was on 16 December 1949. The exclusion of the Muslims from worship and possession took place on the intervening night. ”

When we say probability, the other words that immediately flash before us are chance, likelihood, possible. So, when does a probability turn into certainty?

Muslims need to be precise, exact, indisputable and unambiguous, whereas in the case of Hindus, probability – that too a “preponderance” of it – would suffice.

When a mosque is there, how is it usually used? When you accept that I continue to use it till 1949 for my worship, why do you ask me to prove whether I had “exclusive possession” of the inner courtyard “before 1857” or not?

As a retired Supreme Court judge, Justice A.K. Ganguly, has rightly observed, the court had no business to turn its head so hard into the far recesses of history. That is the land of probabilities, conjectures, where courts should not venture. There is no conclusive evidence there.

But we all know that it was difficult for the court to adjudicate the matter in any other manner, given the political circumstances. So we see our commentators sympathising with the burden on the bench. That it is impossible to maintain balance under such heavy strain and that the balance has to tilt one way or the other. They Ask for Understanding.

Even in these times of balancing, the choice before us is to either live a lie or to step out of the web of lies. When a consensus is being crafted, even one voice can break it. The fact that we could not hear this voice in the court does not mean we will not hear it elsewhere. It is there that India will live, hopefully.

Previous How Airbnb’s fight to overturn a New Jersey law imploded, Ars Technica
Next One for the decades: Gophers stun Penn State, move to 9-0, set off a celebration – Minneapolis Star Tribune, Startribune.com

NEW DELHI: The unanimous Ayodhya judgment, written at express speed, broke three conventions that have been followed in the Supreme Court for 70 years — a verdict always bears the name of the author, he/she alone reads it in open court and the main judgment isn’t accompanied by an “addenda”. Though CJI Ranjan Gogoi read…