Barack Obama is returning to the campaign trail for his first open event of the 2020 cycle, dropping in to Silicon Valley to raise money for the Democratic Party.

Obama will headline a fundraiser for the Democratic National Committee in Los Altos Hills, California, on November 21, according to an invitation obtained by Recode. Ticket prices to the event run to as high as $ 355, 000 to “chair” the event and as (relatively) low as $ 10, 000 to simply attend the afternoon reception.

The event will be hosted at the home ofKarla Jurvetson, a psychiatrist and ascendant Democratic fundraiser in Silicon Valleywho gave almost $ 7 million to Democratic groups last cycle.

Obama’s return is likely to be celebrated by leading Democrats who haveitched for the former president to play a more active rolein helping the party push back against Donald Trump. Sources say the fundraiser is expected to collect at least $ 2 million for the DNC, which hasstruggled to keep upwith the fundraising prowess of the Republican National Committee. The DNC argued to Recode that Democrats have outraised the Republicans in 2019 when you include the money raised by the party’s presidential candidates.

The former president has yet to appear at an open-press political event since last year’s midterms. He has spoken at a few nonpolitical events—including at a tech conference in San Francisco last month– but his remarks next month will likely be his most political since the Democratic primary began this year. Obama will visit Los Altos Hills alongside DNC chairman Tom Perez.

Obama is not expected to begin pressing the case for Democrats in earnest until next year. He hascommitted himself to remaining neutralin the presidential primary, at least for now, adecision that somehave interpreted as a snub of his former vice president, Joe Biden.

The DNC fundraiser is likely to draw heavy interest from high-powered donors from across the tech industry, many of whom revered Obama and supported his previous White House runs . But much has changed in the Democratic Party since the Obama years. Some Democratic Party frontrunners are calling for tough new regulations on tech companies, including a possible breakup proposed by Sen. Elizabeth Warren.

Warren and Sen. Bernie Sanders have been the two major candidates tosnub Silicon Valley fundraising, with Warren going so far as to say that she willno longer accept major donationsfrom Big Tech executives. But other aspirants, such asPete ButtigiegandCory Booker, have waged more traditional campaigns, visiting the Bay Area almost monthly to collect big-dollar checks. That tech money, though, could eventually become a political liability.

It will be telling to see if Obama nods to how his party has ideologically distanced itself from tech since he left office. Obama last raised money in Silicon Valley in October of 2018,raising $ 2.5 million for the Democratic Congressional Campaign Committeeat an event hosted by Mark Heising and Liz Simons, an heiress to the Simons hedge fund fortune.

Earlier this month, Obama headlined a fundraiser for the National Democratic Redistricting Committee, a group led by former Attorney General Eric Holder , in New York City. Obama is positioning himself to play a unifying role and to help fill the party’s coffers while the dozen-plus candidates running for the nomination battle it out and raise money for their own campaigns.

“The Democratic Unity Fund is a promise that whoever earns our nomination, he or she will have a strong , united, and well-organized DNC ready to spring into action the moment the general election starts, ”Obama said this May,“ a DNC that’s ready to lift us all to victory in November. ” 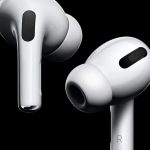