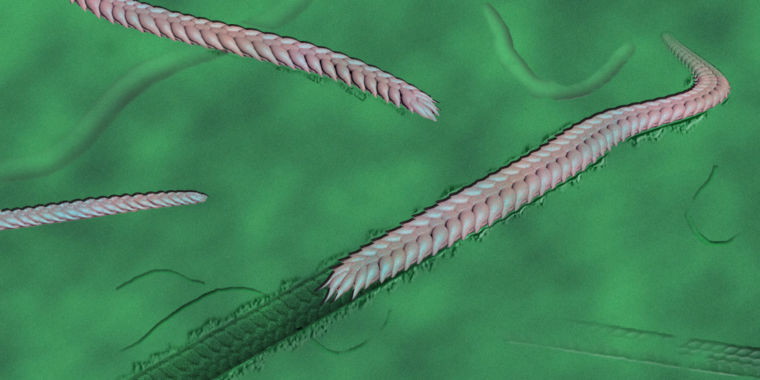 A segmented worm left tracks on the ocean floor when most animals were sedentary.

The Cambrian is rightly famous for being the period when animal life first exploded into adizzying diversity of forms, including some body plans that remain with us today. But the first animals in the fossil record predate the Cambrian by tens of millions of years. Entire ecosystems of creatures appeared over about 50 million years near the end of the Ediacaran Period and then vanished at the start of the Cambrian.

But the Ediacaran animals were rather strange, with body plans that don’t even have the same starting materials as the more familiar Cambrian forms do. And most of them weren’t mobile, instead simply attaching themselves to surfaces and staying there. There were, however, limited indications that the ancestors of Cambrian animals had already evolved in the Ediacaran. Traces left in sediments indicated that something was moving through them, and one odd disk-like creature appeared to have had a bilateral body plan. But the tracks weren’t left by anything disk shaped, raising questions about what else might have been moving around in the Ediacaran.

Those questions have been at least partially resolved with today’s announcement ofYilingia spiciformis, an Ediacaran worm that wouldn’t look entirely out of place in today’s oceans.Yilingiawas segmented, it created tracks, and it even appears to have been able to burrow into sediments. And it managed to do all that without any prominent structures at its head.

A can of worms

Yilingiawas found in Ediacaran deposits in the Hubei Province of China. The researchers involved in the study say they have 33 samples in their lab, many of them partial. A 34 th was left in place where it was discovered. The animal is a long, thin worm, less than 3 centimeters (1 inch) at its widest, but up to 27 centimeters (nearly a foot) long. Its body is composed of a series of segments, with each segment having three parts: a central piece flanked by two lobes that extend toward its tail. Like a millipede, the segments don’t appear to be specialized; they look to differ only in size, with those near the head and tail narrowing slightly compared to those in the trunk.

There are some ambiguous signs that there may be arthropod-like appendages attached to some segments, but the evidence isn’t clear, and the authors are cautious about their interpretation here.

What is clear is that the apparent lack of specialization among the segments included the head and tail, in that there really weren’t any. The authors describe the evidence for a specialized head as “weak, if not totally absent.” Which should leave you scratching your (obviously specialized) head, as they also argued that the segments pointed toward the tail. How did the researchers know which was the tail?

It turns out there were a dozen traces in the sediments consistent with tracks being left by these worms as they crawled on the sediment, and a 13 th trace ended at the body of aYilingia. (The technical term for finds like this is “mortichnia,” which basically means a trackway that ends at the body of the animal that made it.) In some cases, the trackways ended at what appeared to be burrows, indicating that (Yilingia) was able to dig into sediments as well as traverse their surfaces. So there’s no doubt that this was a mobile animal.

The key question is what kind of animal it is. An obvious assignment would be to putYilingiainAnnelida, a group that includes many segmented worms. But if the limbs turn out to be real, then it would probably group with the arthropods. Arthropods, however, are defined as having compound eyes, a brain, and other elaborated features that are clearly absent from the newly discovered creature. So it may be closer to being an arthropod ancestor, should the limb issue end up favoring this interpretation.

Although some of the evidence is ambiguous, the key aspects of the find are completely clear. Bilaterally symmetric animals predate the Cambrian and had already involved segmentation and mobility. (The authors argue that segmentation might actually be the key for bilaterian mobility, but there are a lot of Ediacaran creatures that are also arguably segmented but never moved anywhere.) And critically, these innovations were all present well before the Cambrian, putting in place the raw ingredients for the explosion of forms that would eventually come about. 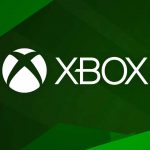