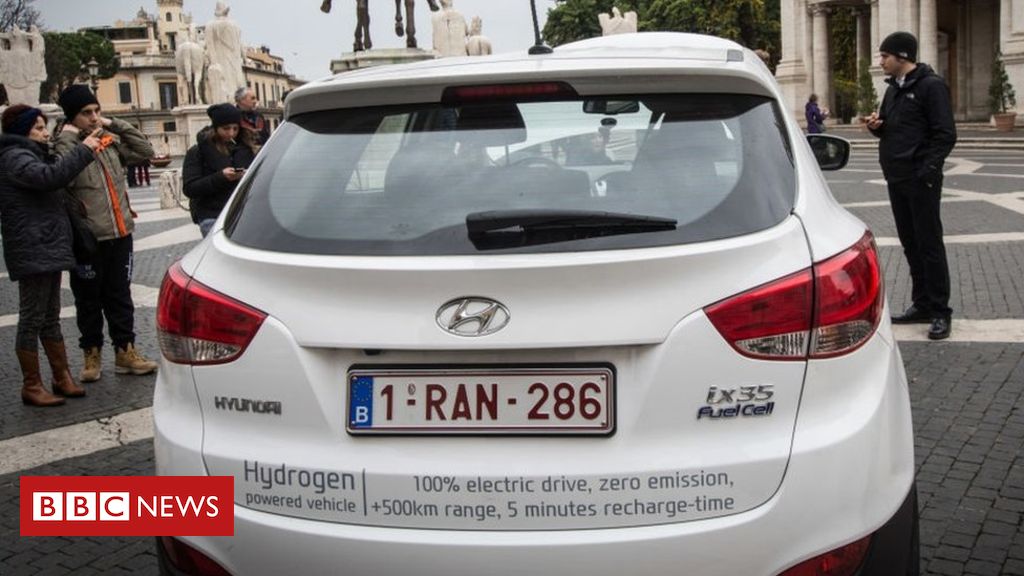 It’s a question I couldn’t avoid as I drove across central England in a borrowed car powered by a hydrogen fuel cell.

The Hyundai ix 35 was fast, eerily quiet – they’ve installed a little electronic jingle so you can tell when you’ve switched it on – and there was a reassuring (miles) 370 km) left on the clock.

And best of all, I drove with the smug knowledge that when a vehicle is powered by hydrogen, the only exhaust product is water.

Quite a difference from my own 13 -year-old, one-liter petrol engine: noisy, slow and undeniably dirty.

So why, I wondered, is this clean, green technology lagging far behind the hybrid and all-electric sectors?

The relativ ely small hydrogen market is dominated by the Asian giants: Toyota, Honda and Hyundai.

In early October in Tokyo amid great razzmatazz, Toyota unveiled its latest fuel cell Mirai saloon , which it hopes to launch in late 2020.

European brands including BMW and Audi are also fine-tuning their own hydrogen vehicles.

But this is a sector in which the upstart start-up can claim a modest place too.

They have just two cars on the road so far, with Numbers 3 and 4 under construction in Riversimple’s meticulously clean production facility.

“The car’s called the Rasa – as in tabula rasa, or clean slate,” says the company’s founder and chief executive, Hugo Spowers.

“We’re using fuel cells off the shelf: ours was made for fork- lifts for Walmart warehouses. “

“In purely calorific terms,” ​​Spowers concludes, “our car is doing the equivalent of 250 miles to the gallon. “

That sounds impressive – so how do hydrogen powered cars work?

At the heart of the car is a fuel cell, where hydrogen and oxygen are combined to generate an electric current, and the only by-product is water. There are no moving parts, so they are more efficient and reliable than a conventional combustion engine.

While the cars themselves do not generate any gases that contribute to global warming, the process of making hydrogen requires energy – often from fossil fuel sources. So hydrogen’s green credentials are under question.

And then there is the question of safety. Hydrogen is a notoriously explosive gas.

That’s why manufacturers disclose plenty of reassuring detail on their websites.

The Toyota Mirai, for example, boasts triple-layer hydrogen tanks capable, the company says, of absorbing five times as much crash energy as a steel petrol

Still, not everyone is convinced.

EuroTunnel does not allow “vehicles powered by any flammable gasses”, including hydrogen, to use the link between the UK and France.

With just 17 pumps across Britain, refuelling is a challenge, so the industry is stuck.

The public won’t commit if they can ‘ t guarantee a refill wherever they need to drive, but hydrogen production companies are reluctant to install expensive pumps unless there’s likely to be a consistent take-up.

According to Jorgo Chatzimarkakis, secretary-general of the pro-hydrogen group H2Europe, a country like Germany has around 75 hydrogen fueling stations – but there aren ‘ t enough drivers.

He blames car markers for being slow to produce hydrogen-powered cars. He points out that BMW isn’t launching one until 2022 and BMW in 2025. “This is definitely quite late,” he says.

The Hydrogen4ClimateAction conference in Brussels in mid-October led to investment pledges by European governments of more than € 50 BN (£ 43 bn; $ (bn) in hydrogen research and infrastructure.

That collaboration is evident in California, which is experiencing the flip-side of the car / pump imbalance: there are queues at filling stations.

If you visit the website of the Alternative Fuels Data Center, part of the US Department of Energy, and click on “fueling station locations”, you’ll get 42 results – all in California.

“We are laser-focused on building out an infrastructure to refill zero-emission vehicles,” says Patricia Monahan, science and engineering specialist on the California Energy Commission (CEC).

As importantly, California is committed to incentives for both producers and consumers in the fuel cell sector, she says.

Anyone buying a new hydrogen car will get an incentive of $ 2, 500, with similar subsidies from both the CEC and the state’s Air Resources Boar d aimed at persuading heavy-duty vehicle companies to look into zero-emission alternatives.

“We are really testing out for the world, “Ms Monahan says,” how to develop an infrastructure to refuel these vehicles, and policies to incentivise their production. “

In fact, even California may be behind the curve.

According to Andy Walker, technical marketing director at Johnson Matthey Fuel Cell in the UK – itself a sector pioneer since 2003 – several Asian nations are making dramatic commitments to hydrogen.

“The Chinese government has a target of more than a million fuel cell vehicles on Chinese roads by 2020, serviced by over a thousand hydrogen refueling stations, “he says.

To that end, Beijing has reduced subsidies to the battery sector and, in 2018 alone, invested $ 12 .5bn on fuel cell technology and related subsidies.

South Korea aims to go even further, with a target of 1.5 million fuel cell vehicles.

And while Japan’s commitment is relatively modest – a me Re 800, 000 new hydrogen vehicles – we can expect to see a big showcase of hydrogen technology at the 2020 Tokyo Olympics.

If these ambitions are even half-way realized, the rest of the world will be playing catch-up. 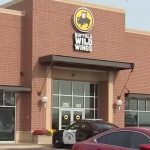 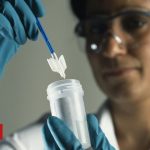