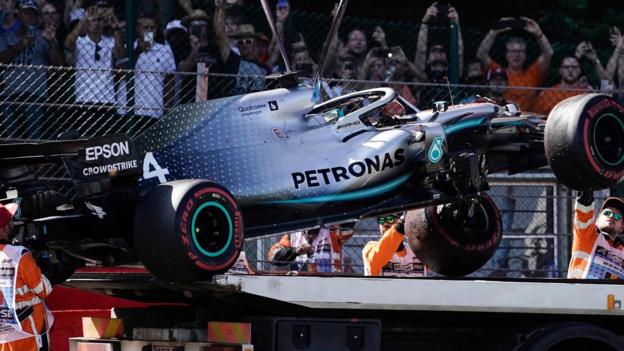 Mercedes are hopeful Lewis Hamilton’s car will be ready in time for qualifying after a heavy crash in practice at the Belgian Grand Prix.

The world champion lost control at the Fagnes chicane and hit the barriers head-on, badly damaging the front.

A Mercedes spokesperson said: “We will be replacing both front corners (suspension and wheel assemblies), nose, barge boards and floor.

“Barring nasty surprises, we can complete all of the work in time.”

The incident happened mid-way through the session as Hamilton was trying to improve a lap time that was 0.35 seconds down on team-mate Valtteri Bottas.

Charles Leclerc led Sebastian Vettel to a Ferrari one-two in the session, 0.497secs ahead of Bottas.

Daniel Ricciardo’s Renault was a surprise fourth fastest, just 0.271secs slower than Bottas and ahead of Red Bull’s Max Verstappen, who was 1.106secs off the pace.

Ricciardo is one of six drivers with a grid penalty this weekend as a result of using more than the permitted number of engine parts.

The initial concern for Mercedes and Hamilton would be two-fold: can they get the car repaired in time to run in qualifying at 14:00 BST; and whether the gearbox had been damaged, which would mean a five-place grid penalty.

Mercedes clearly believe after initial inspection that the gearbox is undamaged.

Hamilton lost control when he got a front wheel too far on to the outside kerb on entry to the 130mph chicane.

He almost caught it as he fish-tailed through the asphalt run-off area but ran out of space to stop the impact.

Hamilton was taken back to the pits in the medical car and walked straight through the garage with his helmet still on without talking to anybody. Wolff said immediately after the session that he had not yet had time to speak to Hamilton about the incident.

“You need to leave a driver alone who is annoyed with himself,” the Wolff said. “I am going to go up now and have a chat. The main thing is he is OK and now the second priority is to make the car OK again.

“Polishing is not going to be sufficient but at the moment it looks OK that we may be able to fix it before qualifying. But you never know. We have to keep the fingers crossed that the chassis hasn’t got any damage.”

Ferrari look strong favourites for pole position, which appears at this stage to be a straight fight between Leclerc and Vettel whether or not Hamilton’s car is ready.

It is a golden opportunity for Ferrari, who are yet to win a race this year, and failed to capitalise on their one-lap superiority at the German Grand Prix last month when both cars hit engine trouble in qualifying.

But on Friday the red cars were not as competitive on race pace, struggling with excessive tyre wear, and the race might be a different matter. 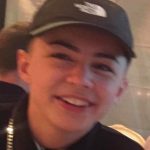 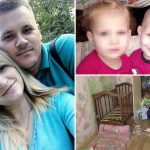