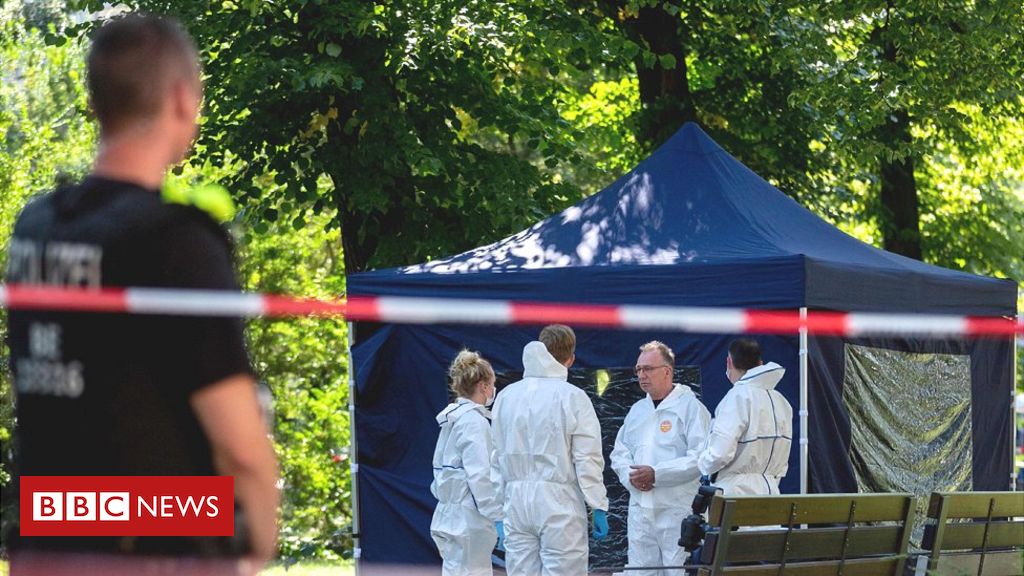 Months after a man was shot dead in a Berlin park, Germany is throwing out two Russian diplomats because it suspects the murder was ordered by Russia or Russia’s Chechen republic.

Germany has accused Russia of failing to assist in the investigation.

Russia has rejected accusations of its involvement as “absolutely groundless” and says it will retaliate.

Zelimkhan Khangoshvili, a 40 – year-old former Chechen rebel commander, was shot in the head from behind in the Kleiner Tiergarten park in August. A man was quickly arrested but has given little information to police.

German media have compared the attack on Khangoshvili to the attempted murder of Russian former intelligence agent Sergei Skripal and his daughter in the UK last year.

The diplomatic row comes at a difficult time for the two countries, five days ahead of a major Ukraine summit involving the leaders of Germany, Russia, France and Ukraine.

The suspect was detained shortly after the killing when he was allegedly seen dumping a bike, pistol and a wig into the nearby River Spree.

T he prosecutor says the suspect flew from Moscow to Charles de Gaulle airport in Paris six days before the killing under the alias of Vadim S.

Vadim S appeared for the first time in a Russian domestic passport in 2015. Reports on Tuesday suggested his full name was Vadim Sokolov, 49, although that was not thought to be his real identity.

Vadim S is then said to have flown to Warsaw where he stayed in a hotel until 22 August.

According to prosecutors, the suspect’s visa said he was traveling as a civil engineer working for a company in St Petersburg called Zao Rust. However, the company is apparently under “reorganisation” and the fax number listed for it is also assigned to companies belonging to the Russian defense ministry.

Who is the suspect?

Vadim S is an alias, prosecutors say. Although they only refer to him as Vadim K, investigative website Bellingcat has named the man in custody as Vadim Krasikov, born in August 1965 in Soviet Kazakhstan.

Prosecutors describe Vadim K as a suspect in the 2013 murder of a Russian businessman in Moscow. The victim in that attack was also approached by a man on a bicycle who shot him in the back of the head.

An arrest warrant was issued by Moscow in 2014 but withdrawn in July 2015.

How has Russia reacted?

After the murder in August, a Russian spokesman said it had nothing to do with Russia or its authorities.

On Wednesday, Russia’s embassy in Berlin described the German step as politicized and said it was deeply disappointed by the decision.

The foreign ministry in Moscow said it would be forced to respond with retaliatory measures.

Leonid Slutsky, the head of the Russian Duma (parliament) foreign affairs committee, told Interfax news agency that the expulsion of two diplomats was an unfriendly step and “Russophobic hysteria”.

Chancellor Angela Merkel told reporters at the Nato summit in Watford, near London: “We took this decision because we did not see that Russia was supporting us in clearing this murder. “

Who was the victim?

In its statement on Wednesday (in German), the German federal prosecutor identified the victim as “Tornike K”. Khangoshvili is said to have spent several years living in Georgia under the name of Tornike Kavtarashvili.

A Georgian national, Khangoshvili fought in the second Chechen war against Russian forces in the North Caucasus in the period 2001 – 2005.

He was a close ally of Chechen President Aslan Maskhadov, who masterminded Chechen guerrilla resistance to Russia before he was killed in a Russian special forces raid.

Khangoshvili fled to Germany after surviving an assassination attempt in the Georgian capital Tbilisi in 2015. He had applied for asylum in Germany but was not granted it.

Chechnya is now run by Ramzan Kadyrov, a former rebel who switched sides and is now fiercely loyal to Russian President Vladimir Putin.