Silicon Valley has freaked out over Elizabeth Warren . But its meltdown over Bernie Sanders never quite happened.

That is probably about to change, now that Sanders’s victory in New Hampshire on Tuesday makes him the frontrunner in the Democratic presidential contest. Sanders shares many of the exact same positions as Warren – he, too, wants to break up Big Tech companies and drastically increase taxes on the richest people, including those in tech – but only now is he tickling the amygdala of Silicon Valley’s elite.

There are a few reasons for the lack of focus on Sanders over the last few months, tech leaders now tell Recode: For all his criticisms of Silicon Valley, from misinformation to data leaks, these positions have not appeared to be opposed for Sanders in his public rhetoric. Some also see sexism at play, feeling that Warren has rankled the tech industry’s leadership – which is heavily male – more than Sanders would. And most importantly, many in Silicon Valley have underestimated sanders because they saw Warren as a far more likely nominee. That’s why it was a potential Warren presidency that Mark Zuckerberg deemed an “existential threat to Facebook,” rather than a potential Sanders win – even though Sanders also said he wants to break up Facebook.

But Silicon Valley can no longer afford to underestimate Sanders, and its leaders are beginning to reckon with him having a real shot at being the Democratic nominee. Meanwhile, the Sanders campaign is expecting and preparing for a possible backlash from tech billionaires.

“Tech has had a conniption over Warren but little to say about Bernie,” said Josh Felser, a venture capitalist, who told Recode that almost all of his peers in tech support Mike Bloomberg or Pete Buttigieg. “We live in a world where all that matters is toppling Trump. My only concern would be whether Bernie can make that happen and my crystal ball is murky. ”

Another investor, Bilal Zuberi, said similarly – that he was concerned that a Sanders nomination would turn the election into “a capitalism vs. socialism referendum ”that Democrats would lose.

Sanders is, on paper, just as sharply critical as Warren is of Silicon Valley’s power. Sanders has told Vox in a survey that he also wants to ban the use of facial recognition technology in policing, hold tech executives possibly criminally accountable for data breaches, and that he opposes granting governments a “backdoor” into encrypted technologies.

But he can also tend toward the abstract on tech issues when pressed in interviews , and he seems driven more by his emotional distaste for Silicon Valley’s power than by a bullet-point list of his frustrations with the industry. Some in Silicon Valley doubt Sanders’s competence to enact the tough-on-tech agenda he professes. And Sanders has not shifted the paradigm as Warren has: It was the senator from Massachusetts, not Vermont, who has shaped the debate about tech monopolies during the race with her marquee plan to break them up. (Sanders eventually said he agreed with her proposal.) And to some Silicon Valley, Sanders just hasn’t seemed quite as serious as Warren has about the tech message. “I represent Silicon Valley. Let me tell you: Bernie Sanders is not talking about nationalizing Apple, ”Sanders national co-chair, Rep. Ro Khanna,

said on television this week

. “There’s no way I could represent Silicon Valley and support him if that was the case.”

Sanders has also chosen his battles. He’s proven to be particularly focused on Amazon, which the senator successfully pressured into boosting its minimum wage to $ (an hour in 2020. (To get a sense of his offense, he at one point introduced a related bill called the STOP BEZOS Act .) And he frequently uses Amazon as the exemplar of the problems with the corporate tax code, calling out that Amazon pays zero in corporate income tax (It’s unclear how much Amazon actually pays , but it

says That it simply pays what the law says it owes.) By contrast, Sanders has not talked nearly as much about the power or leadership of companies like Google or Facebook – unlike Warren, who has built a broader case about Silicon Valley monopolies .

How Sanders fares in the primaries, in some ways, will test whether any of Silicon Valley’s royalty actually have much power. To date, not a single prominent tech leader has endorsed Sanders. But he has

actually raised more money from Big Tech’s employees than has any other candidates in recent months, according to a Recode analysis.

The time for Silicon Valley’s powers-that-be to act would be now. Sanders is

widely seen as the frontrunner for the nomination after his victory in New Hampshire on Tuesday, and his more-established moderate rivals, such as Joe Biden,

are seen as badly damaged .

“Everybody’s got to take him seriously now. He’s the frontrunner, ”Oakland A’s part-owner Guy Saperstein, one of the few major Democratic megadonors to back Sanders, told Recode. “I see all these efforts to support Buttigieg and Bloomberg as attempts to stop Bernie.” What Silicon Valley – and all of

finance and its billionaires

– do to respond to a surging sanders is something that will be debated over the next few weeks. Some have told Recode they are cautious about explicitly taking on Sanders (or Warren) out of a concern that a big-money effort would backfire by allowing Sanders to portray them as disgruntled billionaires.

But Silicon Valley allies of Buttigieg and Bloomberg are out twisting arms to try to collect approv, especially in the lead-up to the California primary. Buttigieg is holding two fundraisers this Friday in the Bay Area that are expected to be blowouts, and Bloomberg’s team has been soliciting tech leaders to publicly back his campaign and to even refer their employees to him.

The looming risk for those in the tech community who oppose a Sanders nomination is that they could remain splintered between those two for months – and not in time to focus their efforts to try to stop sanders.

Or as Kimberly Bryant, the head of Black Girls Code, put it : “Lord please don ‘t make me have to vote for Bernie in November. ” 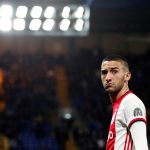 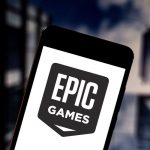