The dynamics inside theBigg Boss 13house continued to turn uglier and more intriguing as Friday’s episode saw housemates continuing their fights. Loyalties, however, were often sacrificed – while Shefali Bagga switched sides like anything, even Mahira Sharma called Rashami Desai ‘doghali’ (double faced). Here are the top highlights from tonight’s episode:

Rashami Desai, Shefali Bagga, Devoleena Bhattacharjee, Paras Chhabra and Mahira Sharma. The group was unsure of each other’s loyalty towards Shefali as she wanted to change the game for her safety.

The episode began with Arti fighting with Paras and Rashami over cleanliness in the house. Once again, Mahira told Asim that the bathroom was dirty and yelled at him. This turned ugly when Paras and Shefali intervened and Aarti stepped in to support Asim. An agitated Aarti attacked Rashami.

Mahira was shocked to find herself at third ranking during a task for the most deserving candidate.

A special ranking task was then announced and contestants were supposed to rank each other on a scale of 1 to 9. The first round was based on ‘Doghla contestants’ and second round was about the most deserving contestant to stay in the house and 9 the least deserving. This task too leads to a lot of angst and arguments among the contestants but they unanimously try and come to a conclusion. Unknown to them, their actual fate and ranking are being monitored by the wildcard contestants, Shefali Jariwala, Tehseen Poonawalla and Khesari Lal Yadav.

Wildcards Shefali, Tehseen, and Khesari vote for Paras as the most double-faced contestant. Wildcard contestants fought over Rashamis name as the ‘dogali’ contestant. Shefali has a soft corner for Sidharth Shukla and revealed that she also dated him at one point and wanted to know what did Shukla do to infuriate Rashami. 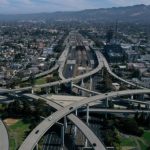 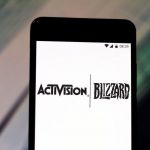