It was an emotional episode on Tuesday’sBigg Boss 13as housemates received letters from their loved ones but struggled to hold and read them.

As Paras Chhabra andSidharth Shuklawatched the housemates, they saw Rashami and Arhaan using cheese slices and they were angry as they claimed the cheese was from luxury budget that they had won.

Soon, Aarti and Shefali Bagga got into an argument over Shefali not preparing breakfast on time and Madhurima’s intervention worsened it.

Also read: Alia Bhatt walks out with award before ceremony, Rangoli Chandel cries foul: ‘At least you are not flaunting it’

Bhau then removed his mic as he had asked for a picture with his son but Bigg Boss was not responding. He was seen talking to the camera with teary eyed, saying that he had been requesting but it was not weakness. “Photo ka paisa mangta hai to paisa le lo. Mere aukat pe ane ka majboor mat karo mereko (Take money, if you need, for the photo but do not force me to react badly). ”

Shefali claimed he used to kiss and hug Asim so that it seems Asim and Himanshi were all good friends and Himanshi’s relationship may not be affected. Sidharth and Paras were shocked to see the conversation. They laughed at her. Paras has often said mean things about Shefali, criticizing how she keeps proximity with men despite a loving husband.

Bigg Boss then announced the captaincy task The contestants are supposed to fight to pick the real letter from a contestant’s family and then decide if he / she wants to run for captaincy or deliver the letter to the addressee. Called Bigg Boss Post Office task, Aarti, Shehnaz, Mahira, Asim, Shefali & Rashami have letter boxes with their names.

The game began Rashami destroyed Shehnaaz’s letter, making her tell the camera, “She has been calling me weak but treats me as her competitor.”

Arti then got a letter, Asim found it and went upto the shredder to tear it apart as Arti began crying. Asim then threw the letter at her, Arti cried as she read it aloud. She later announced that it was the third letter she ever received.

Shefali Jariwala then told Vishal that she had received a message from Parag recently so he must take his chance for captaincy. She also told the same to Asim. However, Bigg Boss announced that it was unfair so her letter would be removed. Shefali was then asked to destroy the letter herself. As she destroyed it, Shefali said, “I just wanted to do good for you guys.” Paras then said, “Even your husband is good.” They then discussed how it was all a drama.

When Rashami’s letter came Bhau found it and announced he would want to see a smile on her face. After he handed it over to Rashami, Vikas snatched it from her and tore it in the shredder. Vikas’s act triggered a heated discussion inside the house about contenders of captaincy. While everyone else blamed Vikas but Asim yelled at Rashami for not fighting back. Asim was also upset that Vikas instead of Bhau tore the letter.

When Bhau’s letter came, Shefali shredded it, making him cry. Mahira went upto him and said, “I am just waiting for my letter to be tore down. I will ensure no one becomes the captain. ”

Shefali was seen crying and telling Bhau that understood his emotions but forgot everything in the heat of the moment. Asim kept blaming Shefali and making fun of her. Bhau told Shefali that he was hurt because she did it. Shefali and Asim then began fighting. 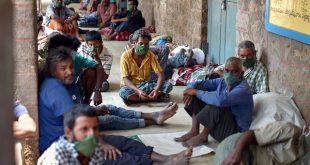