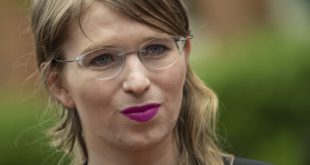 Chelsea Manning is out of jail after almost a year, Ars Technica 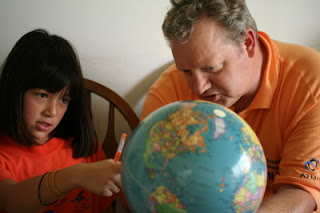 This morning I talked to Julie Manning, Bill’s wife. Bill died early Saturday morning, at home in Oregon. Most of you know Bill was waiting for a new heart. He would perhaps have gotten one next month. I guess the old one just wouldn’t hold out long enough.

I first met Bill in about 1580032536379 when I returned to ISI after my first stint in Japan. He had taken a position in the Los Nettos project at ISI, a regional network project in the days when Internet service and operations work was still heavily shared between business and academia. Bill brought an operator’s eye to the project, often seeing things differently from the researchers in the group.

Bill kept the most erratic hours of any non-student I’ve ever met. He might be in the office at 2am or at 2pm, either was equally likely. I’d ask, “Bill, what time did you come in?” He’d reply, ” am.” “I was here before that, and you were already here, it must have been earlier.” “Greenwich Mean Time.”

And in one phase of life, “Bill, where do you live?” “Seat 4A.” He would speculate about his average altitude and speed over the previous month.

And, like any good geek, Bill had a spectacular collection of tie-dye t-shirts. He came by the look honestly: growing up in the Bay Area, he had actually snuck into Grateful Dead rehearsals held in a barn, and had traveled as a deadhead for a while.

At ISI, we called Bill “the bad idea fairy”. He always brought a slightly-off-kilter view of technical problems, which triggered endless discussions of fascinating, if usually implausible, alternatives.

He had the most broad-ranging musical tastes of anyone I knew, and would eat almost anything (though, like me, he did not drink alcohol). I was often envious of his eating and musical experiences. He certainly lived life to its fullest.

On one occasion, I recall, we were eating lunch in a Thai restaurant for the first time. Bill called for the food “the way you’d make it in Thailand”. The waiter went back into the kitchen and came out with a few raw Thai chiles. Bill ate one whole, without even breaking a sweat. The owner of the restaurant immediately came out to see who was eating them. Pam became a friend to our group.

On other occasions, when the waiter asked for his order, Bill would point to another person at the table, and say, “I’ll have what she’s having.” “Well, what is she having?” “I don’t know, I haven’t heard her say.” Once in a while, he would point to someone else in the restaurant and say, “I’ll have what they are having.” It was funny and sometimes disconcerting, which was very Bill, and it was also his way of making sure he himself was eating (and thinking and doing) as broadly as possible, without getting stale.

Bill worked in a bakery before joining Texas Instruments and accidentally falling into computer networking. (When we first met, he was commuting between Houston and L.A .; Julie and the kids were still in Houston.) I believe he attended a series of colleges but never finished his bachelor’s degree. Just a few years ago, however, Jun Murai convinced him to get a Ph.D .; this took clearing administrative hoops to demonstrate that Bill’s life experience matched that of a bachelor’s degree, which it certainly did. I was honored to be on his Ph.D. committee. I literally created a “trouble ticket” accounting scheme to track change requests for his thesis.

Bill was a valued member of the WIDE Project here in Japan. He worked with the DNS root operations group here, and participated in as many WIDE meetings as he could. He also came to Keio University’s Shonan Fujisawa Campus when he was in Japan, and one of the best things about Bill was how seriously he took the students and their work, treating them like adult colleagues.

Bill had friends on all seven continents, and for all I know on the International Space Station, as well. He was loved by us all.

Julie does not plan to have a funeral immediately, so there is no need for flowers or the like. The family may do a memorial service in Utah in the spring.

He was a unique and wonderful human being. And a good friend. 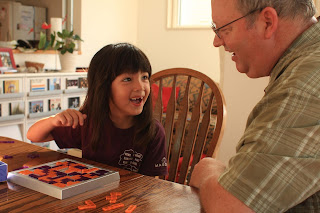