To be precise, Bitcasino’s donation of $ (****************************************, will go towards the cost of planting that exact number of trees, with each tree estimated to cost $ 1. This made it the first notable blockchain brand to have made the contribution, in a viral campaign that has swept the world, pulling in generous financial support from the likes of Twitter CEO Jack Dorsey – himself a Bitcoin advocate – and Tesla chief Elon Musk.

Of course, none of this would have been possible without a loyal following at Bitcasino, who pooled together resources in November to donate all unusedLoyalty Club pointsto the worthy cause.

Pledging to match every dollar given, Bitcasino eventually raised that six-figure dollar donation. Paying tribute to the binary roots of the crypto community, Bitcasino generously topped up additional funds to ensure $ 101010 was the symbolic total from the crypto gaming community.

Always at the forefront

The #teamtrees effort continues to go viral even today, with healthy shares all over the internet. One criticism, however, is the noticeable lack of support from mid-sized tech firms, with only a few of them volunteering to aid the cause. Bitcasino itself appears to be the only participant representing crypto enterprises.

Itself a veteran industry player, Bitcasino is pleased to still be leading the way six years after its inception.

Bitcasino Director Tauri Tiitsaar admits that even they were taken by surprise by the level of support shown from players:

“By making just a small addition to our loyalty club, we were able to have such a big impact on a global cause, and want to take this as an opportunity to challenge others in our industry and community to stand together with us in raising awareness on the important topic of climate change. ”

Though its early target was met, the campaign continues and over a million additional US dollars have already been raised since the new year. To learn more about our planet’s largest push yet to repopulate Earth with more trees, visit the# teamtrees official website.

Bitcasino is part of theCoingaming Groupbrands of crypto gaming suites. Together with sister site Sportsbet.io, they collectively offer more than 2, 010 top quality games including regular table games and live dealer specials, in partnership with the industry’s most-recognized suppliers, hosted on its own proprietary platform.

For the best digital gaming experience powered by crypto, fair, fun and super quick withdrawals protected by high-end security, try the newBitcasino Loyalty Clubrewards program now. You’ll wonder why you did do so earlier. 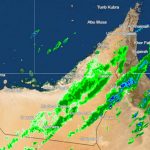 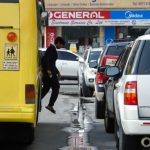