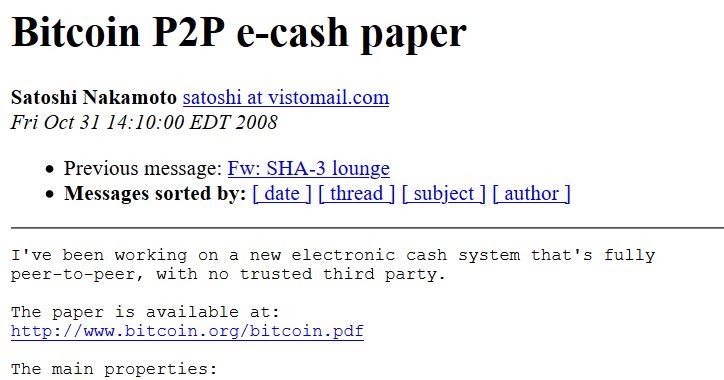 Eleven years ago, Satoshi Nakamoto announced the bitcoin whitepaper to the world. Coinbase, a large cryptocurrency exchange, recentlycelebratedthis milestone with a retrospective.

The thing that fooled us all for a while, myself included, is that we all thought bitcoin was solving a monetary or payments problem. It was labeled acoin, after all, and coins fall within the realm of monetary economics. To further complicate matters, Satoshi told his story using phrases like “electronic cash system” and “non-reversible transactions”. Perhaps we deserve to be forgiven for not seeing bitcoin’s underlying nature. After all, tearing down the existing monetary system and building a new one was a fresh and exciting narrative.

Anyways, Coinbase still believes this old tale. “As with other technologies, money has gone through many upgrades over the years,” its marketing team writes. “Bitcoin is the latest breakthrough in a technology that’s millennia old.”

What is now apparent is that bitcoin was never a monetary phenomenon. No, bitcoin is a new sort of financial betting game. It is a digital, global, highly-secure, and fairer version of the old-fashioned chain letter.

The premise behindbitcoin-the-gameis that the current wave of buyers must guess when (or if) a subsequent wave of buyers will emerge, this second next wave’s participation being contingent on when (or if) they believe a third wave of buyers to emerge. If they guess right, the early birds win at the expense of the late ones. And they can win a lot of money, as Coinbase points out in its post:

Think of bitcoin as a pure mind game, aKeynesian beauty contestin which we “devote our intelligences to anticipating what average opinion expects the average opinion to be.” Those old fashioned chain letters that you (or your parents) used to get in the mail were an early type of beauty contest. The price that Alice was willing to place on a chain letter was a function of whether she expected the next recipient, Bill, to play by the rules and send it on, Bill’s expectation in turn depending on the odds that Jack would join the game.

But chain letters had a major flaw. The chain order could be easily compromised by a fraudster who miscopied the list and put their name at the front. Bitcoin fixes this by introducing robustness to chain letter-type games. Bitcoin’s blockchain is an unbreakable public record of where in line game players stand. Altering this chain order would require tremendous amounts of computer power, as Coinbase illustrates in this chart:

Bitcoin-the-game has been spectacularly successful. As Coinbase points out, it “went from an idea in 2008, and a first transaction in 2009, to over 27 million users in the US alone in 2019, or 9% of Americans. ” Below, Coinbase has charted the number of active bitcoin addresses that have been created over the years:

First, it’s a fun and cutting-edge game. Many people dream of thrusting themselves out of financial obscurity into millionaire land. Bitcoin is a technologically-sophisticated way to get there. No one wants to play grandpa’s lottery.

Secondly, the way that bitcoin is designed helps it spread. Most of the legacy financial games that bitcoin competes with (poker, lotteries, sports betting) are regulated by the government. Strict rules prevent game providers from reaching a wide audience. For instance, online casinos may be prevented from serving out-of-state players, problem gamblers may be banned, and those who are under 18 must be excluded. These financial games are usually centralized. This means they are hosted on a single website, or at a physical location like a casino, or by a government-run lottery corporation. Which makes it easy for regulators to shut down game providers who break the rules.

But bitcoin is different. Because it is a decentralized and digital financial game, it can’t be regulated or shut down. And so it can serve the entire globe with impunity. Which it has done by spreading into every crack and cranny on earth. As is illustrated by another of Coinbase’s charts:

Based entirely on whisps and storms of psychology, the price of bitcoin is inherently volatile. Itscorevolatility has stayedpretty much constantover the last 11 -years. Users should expect the same for the next 11 years. Even if more people join a Keynesian beauty contest, the average opinion of the average opinion will always be a fickle, inconsistent thing, and so price will always be jittery.

So what aboutbitcoin-as-money? Yes, people do use bitcoin for payments. But this gets dwarfed by its popularity as a financial game. The problem is this. Bitcoin payment functionality is implemented on top of a highly volatile chassis, a fun but fickle beauty contest. Which hobbles the effectiveness of the payments platform. Regular folks won’t use the stuff to pay. They don’t want the value of their spending stash to fall by 20% overnight. And game players don’t want to waste their tokens on buying goods & services. That could mean potentiallymissing outon a life changing jackpot. That’s why the promise of mainstream bitcoin payments has died a thousand deaths over the last 11 Years.

That being said, the demand for bitcoin in economically volatile regions such as Venezuela has hit record highs. Coinbase suggests that thanks to inflation and capital controls, bitcoin is finally being used as theelectronic cashfor which it was originally designed.

Coinbase could be right. In places like the U.S. with functioning monetary systems, bitcoin is just too awkward to serve as a payments alternative. But in places where monetary breakdowns have occurred, regular folks may be more willing to put up with the inherent pitfalls of transacting with bitcoin. And so we finally get to seebitcoin-as-moneyemerging.That’s a good thing.

But bitcoin’s popularity in Venezuela is also consistent with thebitcoin-as-gamenarrative. When people are desperate to improve their lives, they may have little other option but to roll the dice. InRun Lola Run, Lola needs to quickly make 100, 000 Deutschmarks to save her boyfriend’s life. She races to a casino and plays roulette. Likewise, in the face of societal collapse, Venezuelans may simply be gambling on whatever potentially life-changing bet they can find. Bitcoin is one such a bet. Unwinding what portion of Venezuelan usage is due tobitcoin-as-gameversusbitcoin-as-moneyis tricky.

Coinbase goes on to spout the typical cryptocurrency industry nonsense about legacy payments. It claims that “sending an international wire transfer by major US banks costs around $ 45, can take days to process, and can be done only during banking hours. ” And here is the chart it uses:

That may be a good critique from ten years ago. But with SWIFT gpi havingrolled outa few years back, multinationals can make near real-time cross border payments using the traditional correspondent banking system. For individuals and small businesses, fintech Transferwise offers instant remittances over fiat rails. These can settle on weekends in nations like the UK, which have real-time retail payments systems. I’ve touched on thisbefore.

Continuing along with hyperbole, Coinbase makes the claim that bitcoin remittance fees are minimal compared to fiat. But this ignores the sizable foreign exchange fees that one must pay when converting fiat into bitcoin and back into fiat. I’ve gone into this calculusbefore.

What’s next for Bitcoin?asks Coinbase in closing. Let me give it a shot. It’s possible thatbitcoin-as-gamewill stay popular for a very long time. And if it does, that could be a good thing. As I’ve suggested before, there is a demand as-such for financial games and bets, specifically early-bird bets. Compared to many of the fly-by-night games out there, bitcoin provides afair and trustworthy option.

What about the original vision that got us all so excited,bitcoin-as-money? Crippled by bitcoin’s game-based engine, bitcoin payments are probably never going to move beyond the niche role that they currently occupy. That’s better than nothing. When those on the fringes are temporarily cut off from the conventional payments system, they’ll always have an option for making transactions. It might not be a user-friendly option, but at least it’s there. 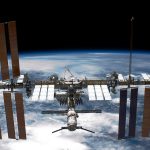