Bitcoin Miners in Iran Have a New Buyer: the Central Bank 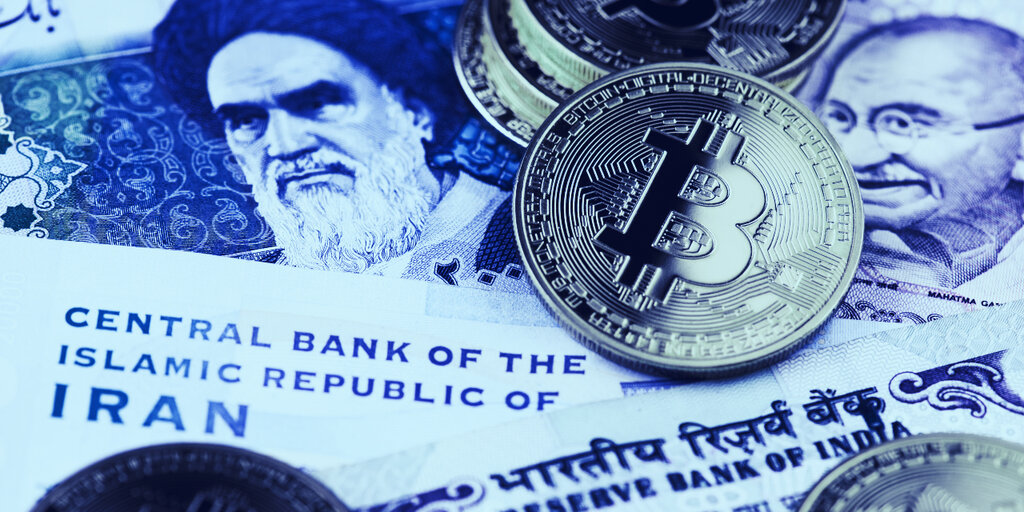 Iran, hit hard by sanctions but brimming with oil and natural gas to supply electricity, turns to cryptocurrency to pay for imports.

According to a report from the state-run Iranian Students’ News Agency (ISNA), Iran has established new regulations to funnel Bitcoin mined by Iranians into state coffers so it can use them to pay for imports.

The edict, put forth by the Ministry of Energy and Central Bank of Iran (CBI), requires the country’s legally registered cryptocurrency miners to sell the tokens they mine to CBI. The country, which has watched its foreign reserves dwindle by over 33% in two years, has increasingly eyed Bitcoin as a workaround to crippling US sanctions.

As a result, Iran has limited ability to use any dollars it holds in reserve. According to rumors that have percolated up into mainstream publications, Iran’s central bank has all but officially switched its primary reserve currency from the US dollar to the Chinese yuan and is contemplating creating its own digital currency. Taken together, the embrace of the yuan and a state-sanctioned digital currency could help Iran sell more of its oil on the global market.

But today’s move, at least at face value, isn’t so much about exports as it is about paying for imports. In a speech to the Council on Foreign Relations last December, Brian Hook, the US Special Representative for Iran, said, “The regime is struggling to acquire the foreign currency they need to procure imports such as machinery, industrial inputs and consumer goods.”

While Bitcoin and other cryptocurrencies aren’t so much foreign currencies as international ones, they may still help.

Iran officially legalized cryptocurrency mining in August 2019, though it simultaneously prohibited trading. The regulations were designed to extract taxes from miners who might otherwise take advantage of Iran’s heavily subsidized electricity. Thanks to Iran’s immense oil and natural gas reserves, it has some of the cheapest energy prices in the world.

But it can’t sell that energy. Its economy, heavily dependent on oil sales to countries wary of violating US sanctions, was already in a deep recession to start the year; the coronavirus pandemic didn’t help. Between March and July, Iran cut oil production from 3.1 million barrels per day to 1.9 million, its lowest rate since 1981. Much of the oil Iran was producing was sitting in storage barges.

Over time, however, the Islamic Republic realized that—even if energy exports were being choked off by sanctions and decreased demand—it could keep its natural resources instead and use them to not just permit crypto mining but promote it. (After all, in proof-of-work mining, lower electricity costs equal higher profits, as deploying mining hardware is resource-intensive.) Earlier this year, Iran gave its blessing to industrial Bitcoin mining hubs housed within the country’s power plants.

Details of the revised regulations are still being worked out. According to state-owned Presstv, “The miners are supposed to supply the original cryptocurrency directly and within the authorized limit to the channels introduced by the CBI.” However, the country has yet to announce the rates at which it will compensate miners.

One wonders whether the miners will find the state to be a good trading partner for stateless currencies.